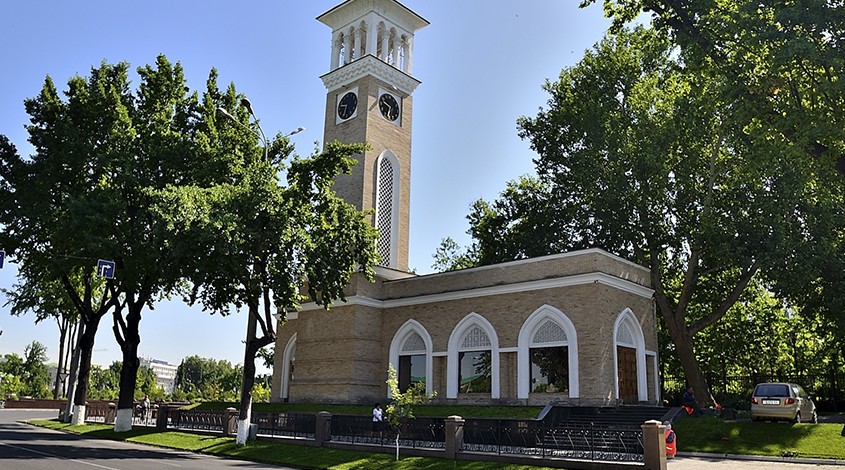 For more than seventy years, the Tashkent chimes, built in the very center of the capital, right next to the Amir Timur Central Square, are a symbol and attraction, and most importantly a reminder for many residents of Uzbekistan. For the first time the chimes struck on May 9, 1947 — this is a memory of the courage and heroism of soldiers from Uzbekistan who fought and died during the World War II.

That terrible war claimed the lives of more than 430,000 Uzbek soldiers, and the main chimes, like time accountants, every fifteen minutes began the countdown of a new and — what is more important — peaceful life in memory of them by ringing their bells.

The history of this building began at the end of World War II, when our fellow countryman, hereditary watchmaker Alexander Abramovich Eisenstein brought them from the Prussian village of Allentin and presented them to his hometown. He took the clock mechanism from the main tower of the city hall. He came up with the idea of installing chimes in this place of Tashkent, and then for many years he served their clock mechanism. Alexander Abramovich Eisenstein also took part in the restoration of chimes after a severe earthquake in 1966, when the clock mechanism was damaged due to the forces of nature.

One of the bells suffered from the earthquake too, but the metropolitan masters managed to make the same new bell, no worse than the previous one. The chimes project was presented by the famous architect Adgam Mukhamedshin, and its construction was carried out by engineer V. Levchenko. The famous ganch carver Shirin Muradov decorated the chime building.

Thanks to his ability to correctly handle raw alabaster and turn it into a beautiful lace, the chimes acquired a unique eastern character. In the mid-1990s, the chimes were upgraded, and in 2009, the Tashkent chimes had an exact copy — another high-rise tower with a large clock face.

That’s how a new symmetrical composition, which organically combine modern and ancient elements of national art, was created. Today, the Tashkent chimes are 70 years old, but they still keep track of time and every 15 minutes remind of the victims of the war. Good memories of the long-term keeper of the chimes, who left a significant mark in the history of our city, still live.

Canaan Travel will gladly open all the charms of central part of Tashkent and prepare a pleasant and interesting visit in the heart of the Orient Star for you.