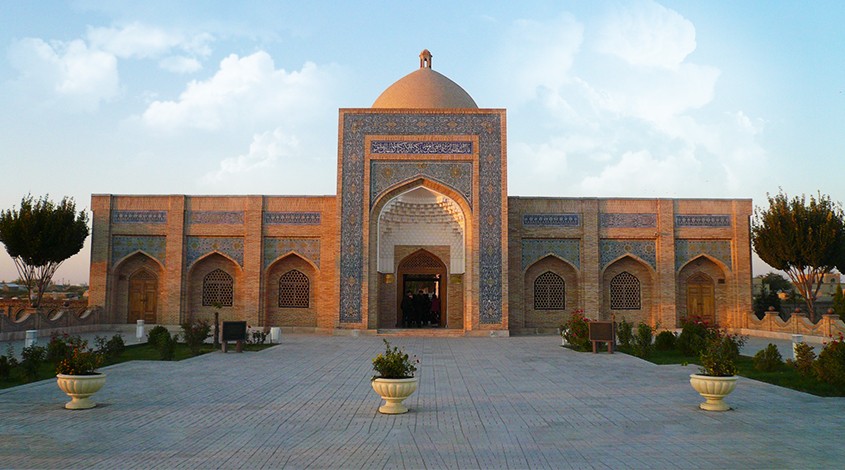 The Bahoutdin Nakshabandy complex constructed on the ancient land of Bukhara in the 16th century accentuated the already incredible beauty of that oriental city adding it the spirit of wisdom and humility, a search for truth in our mortal world. This holy place still attracts visitors from around the globe being a true Central Asian Mecca, a place to visit, place of pilgrimage for Muslims from different countries of the world who want to cleanse their souls and minds and hope that here the Almighty God will hear their prayers here.

Their expectations are quite understandable, for here, in a fragrant garden planted on the blessed land of the Oasis of Bukhara, there is the final resting place of Bahoutdin Nakshabandy, the sage and Sufi, the founder of the dervish order called Naqshbandiyah. The motto proclaimed by him, “The heart with God, and the hands in work”, directed the path of the saint, a great son of beautiful Bukhara. The legend says that his birth was predicted by Saint Samufi. Whether it is true or not, in 1318 the first child of ordinary weavers from the village of Qasr Hinduvon was born and named Bahoutdin.

The boy grew up and followed his parents. He was a craftsman who decorated textile with patterns; that is why people called him Nakshabandy — “the man who decorates textiles”. Perhaps, he would have left his mark in history of Bukhara, the pearl of the Orient, as a gifted master, but the prophetic dream of his teacher changed everything. According to the legend, when the master of Nakshabandy was sleeping, he was given the sign from above indicating that one of his apprentices was a special man distinguished by talent and rare insight who would do great things serving the Almighty God and people.

Then the master told his apprentices to kill a bird so that no one could see it and bring it to him. All boys did what they were told. Only Nakshabandy did not bring a bird. When asked why, he said, “Wherever I tried to hide, I felt like someone was looking at me from the sky…” All his life, Nakshabandy always felt that gaze of God, and he tried to do good and righteous deeds: he enlightened people, cured their diseases, saved them from death, tried to prevent any harm he saw in his prophetic dreams. That is how he acquired a new name — Bolo Gordon (he who protects people from misfortune). 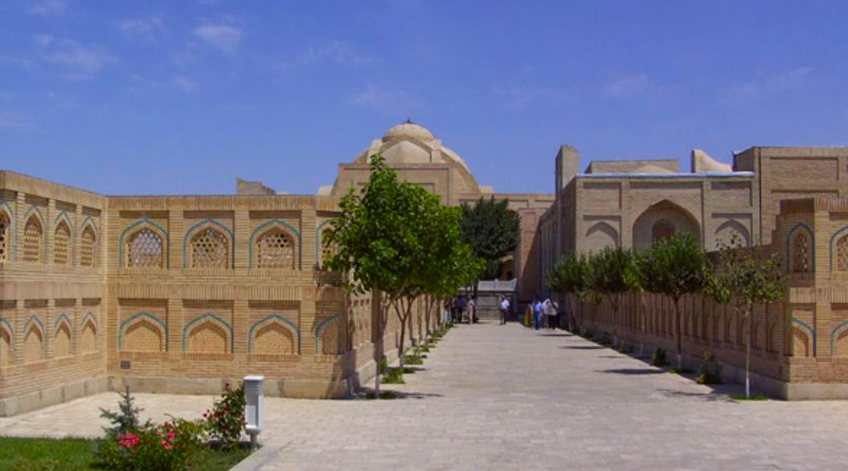 Alas, our life on earth is just a moment… Bahoutdin Nakshabandy made that moment so bright that Bukhara, a kind and caring mother to her sons, gave him an eternity. Travelers who hurry to these lands to have some rest feel the invisible presence of Nakshabandy, who after his death was recognized as a saint, when they come to the complex where he was buried. Among the attractions, you can also feel the soul of the mother of Sufi Bahoutdin who was buried in the Nakshabandy mausoleum as well. It was built 155 years after the death of the saint, in 1554, by the order of Abdulaziz Khan, the ruler of those lands.

The above ground crypt, two mosques, a minaret and a madrasah create harmony of this monument that amazes with its oriental beauty and adds a unique flavor to the image of enchanting Bukhara. The exhibits of the museum located here shed light on the teachings of the great Sufi.

The team of Canaan Travel will be happy to become your guide to the world of eternal spiritual values the meaning of which will become clear once you step on the ancient land of Bukhara in Uzbekistan.