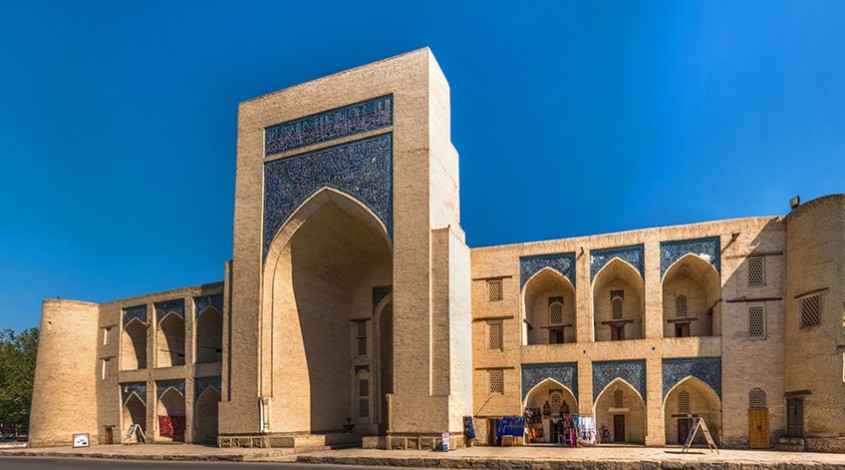 The Kukeldash Madrasah was built in the 16th century, shortly before the creation of Labi Haouz in Bukhara. Construction took almost a year, but an impressive building was created during that period. It is one of the largest madrasahs in Central Asia. Kulbaba, the emir of Bukhara, who was lucky enough to stay in power during the reign of several khans despite frequent feuds and struggle for the throne, was given the highest title at the court, “Kukeldosh”, which literally means “a close relative by mother’s milk”, something like “a milk brother”. Due to respect he had earned and good relations with all the khans ruling those lands in his lifetime, he was able to get approval for the construction of a madrasah with his money. As a result, the madrasah was named after him — Kukeldash. Later Labi Haouz, a famous place in Bukhara, was constructed near the madrasah. However, it would be a mistake to believe that the haouz and madrasah form a single complex because these buildings are quite different.

The uniqueness of the madrasah lies in its architecture. In a radical departure from the type of courtyards closed by walls that was usual for that time, the Kukeldash, on the contrary, is characterized by rather open and cheerful architecture. Instead of high walls, there are two levels of balconies in the form of outwardly directed ogival niches. There were 160 hujras available for students for rest and studies. They are located on two floors, along the entire perimeter of the courtyard. 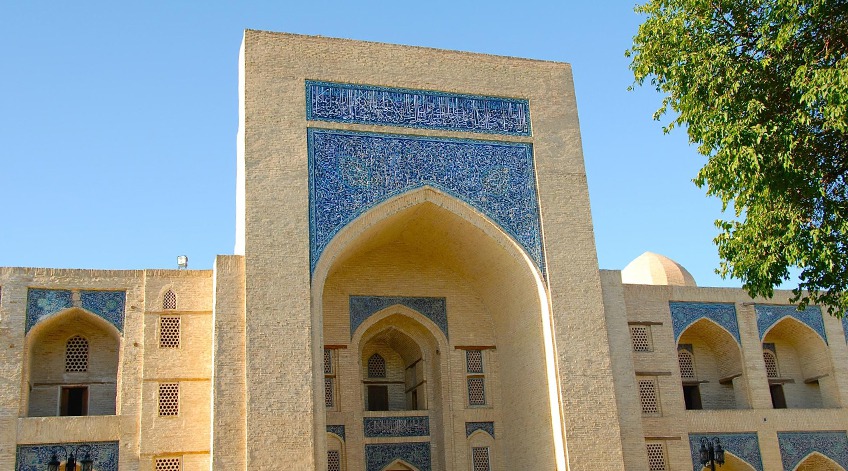 The best masters participated in construction. Amazing interweaving of plaster patterns — some of them were entirely cast, the others were carved on the arches — adorns the vaults of the madrasah. Geometric ornaments decorating the front door are made of mosaics fixed without nails or any bonding solutions. Long passages connect the rooms, and rigorous shapes are fascinating. When you look close, you see that large ornaments consist of many small patterns arranged in a special way to create the shape of the ornament. The courtyard is spacious and can easily accommodate a huge number of people.

Due to its spaciousness and beauty, the madrasah was not always used for its intended purpose. In the 18th century, a caravanserai was located here, where traders and visitors were happy to spend a night. In spite of that, the building has been perfectly preserved. Even the earthquake that makes the portal collapse did not cause much damage. The portal was then fastened with iron staples, and it stood like that for many years without further collapsing. 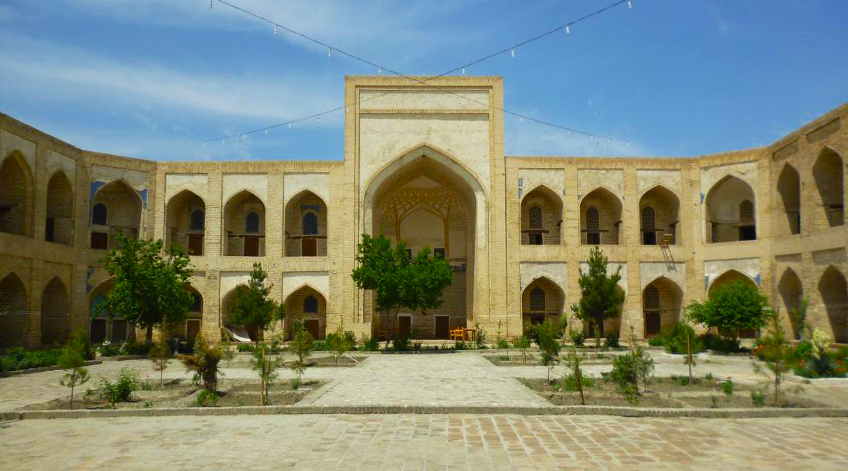 There was a period when the second floor was partially dismantled, and the material was used for the construction of other objects. However, at all times there were people who were ready to restore the original appearance of the madrasah acting out of sheer enthusiasm. Currently, the building is under restoration, and we will be able to enjoy the results in 2020. However, now the attraction is also open to the public. On the territory of the madrasah, there is the Museum of Sadriddin Ayni, the 20th-century writer who lived and worked within the walls of the Kukeldash.

The Canaan Travel Tour Operator welcomes every traveler who wants to visit the ancient land of Bukhara, and will lead you to explore enchanted Uzbekistan.