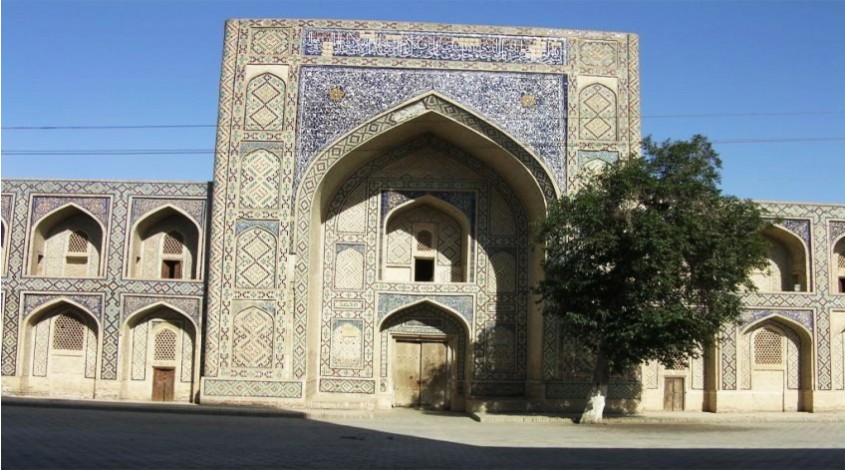 The Kosh Madrasah ensemble was built in Bukhara in the second half of the 16th century. Even today, the large construction can be seen from afar, despite the dense housing of the streets of Bukhara city. The manifestation of a new age in the development of architecture of Central Asia is visible in everything: in harmony, in the ideas of the architects. In the 16th century, during the reign of Abdullah Khan, there was a true architectural boom in Bukhara. This is how the ensemble appeared that consists of two madrasahs: Modari Khan and Abdullah Khan.

The first one was constructed in 1568 in honor of the mother of the ruler. The building is amazingly substantial and was preserved to this day in excellent condition. Since this object of interest is located at a slight angle to the road, there is no precise symmetry in it. The facade is decorated with colored brick mosaics made up of various patterns in the form of repeating geometric shapes. In fact, this is the only decoration of the madrasah. There is an iwan in the rectangular courtyard. A two-story arcature with loggias bordering the courtyard creates a true oriental atmosphere here. Behind the iwan, there are hujras. 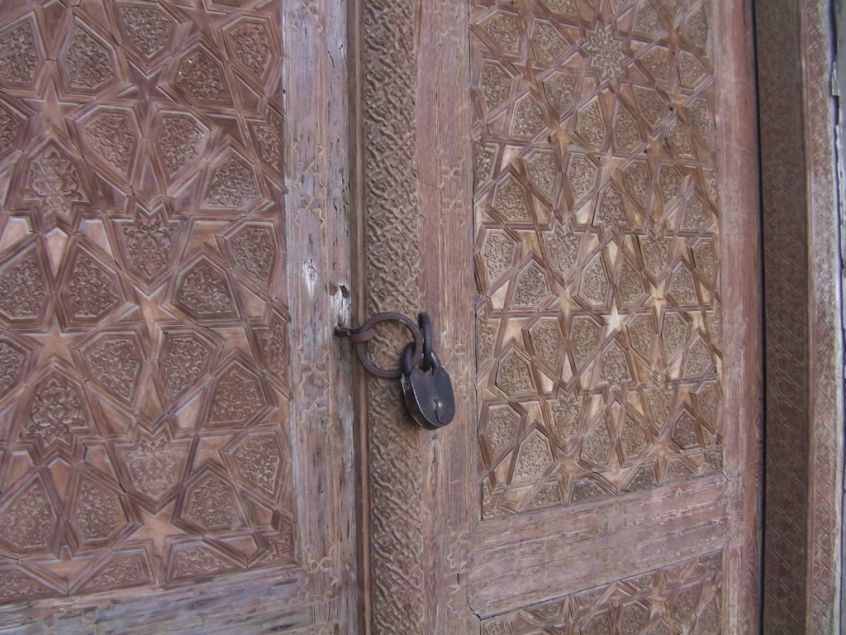 The Abdullah Khan Madrasah was constructed 23 years later. It was built according to the same principle. A portal with adjoining two-storey loggias serves as the main entrance. There is a connecting passage on the upper level. Masters used various solutions to decorate the madrasah. The glaze glitters in the sun turning into a large spot of color. The madrasah is also neatly and aesthetically decorated with majolica tiles. The structure of doors of the madrasah deserves special attention. They were assembled without a single nail and a huge number of wooden elements. The entrance hall and the main courtyard are connected by a gallery with two passages. The entrances to the mosque and to the Darskhona study room are also there.

The mosque is located at an angle to the main attraction. In the courtyard of the mosque, there are four iwans with high arched portals. They are decorated with mosaic brick ornaments. The western part of the iwan leads to other rooms located around the courtyard. The covered yard was a new architectural idea introduced by the constructors of the Abdullah Khan Madrasah.

The team of Canaan Travel offers you fascinating visits to Bukhara and other historical cities of Uzbekistan. The lands of the enchanting East are waiting for you to tell their legends, discover their places of power and provide you with the best vacation ever.