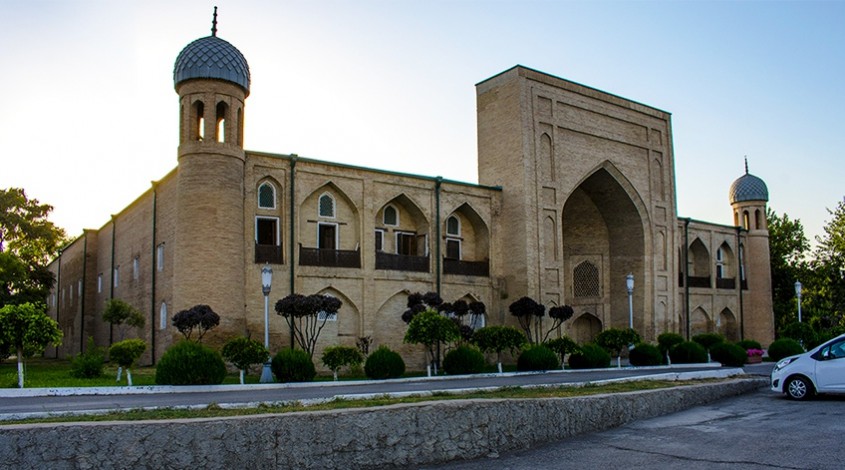 Abulkasym Madrassah is a whole story concentrated in one building. Each wall is imbued with the spirit of human destiny and events here. It was built in 1850. Abul Kasim-ishan, an educated person who was respected among the townspeople, financed and supported the construction of this monument. The territory near the Muya Muborak Khanaka was chosen as the place of construction of Abulkasym Madrassah.

It is two-leveled building with a high arrow-shaped entrance decorated with carved brick. On the second floor there are same arrow-shaped portals with rooms. Hujras, a kind of cells for students, ring around the inner part of the courtyard. Some of them had stoves and washbasins.

For that time, these were luxurious premises, which was very different from similar ones in other educational institutions. Abul Kasim spent a lot of money on construction and paid for the educational training of 150 students. 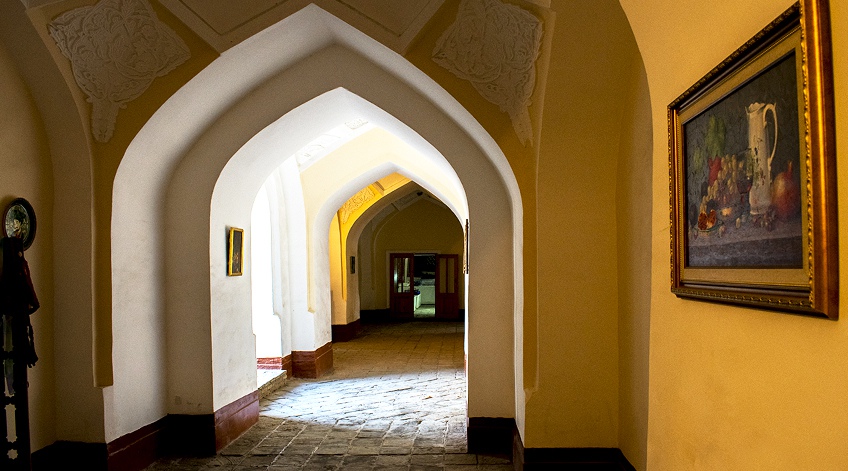 Traditionally, theology and awareness-raising work classes have been conducted here. Many famous people got an education here, like A. Qodiriy, M. Abdurrashidkhan, G. Zafariy, and others.

In 1919, when Uzbekistan got into a zone of Russian influence, the madrasah was closed, and its activities were suspended. The building was empty until 1929, when the madrassah started to fulfil a function of a dormitory. Due to the availability of many premises, more than 70 families settled in the complex. They lived in this place until 1974.

When families were resettled in other houses, the madrassah was abandoned again. Later, in order to make this building useful, one of the toy manufacturing workshops was organized there. Without proper care and restoration works, the attraction began to decay. Its appearance deteriorated and colors faded. 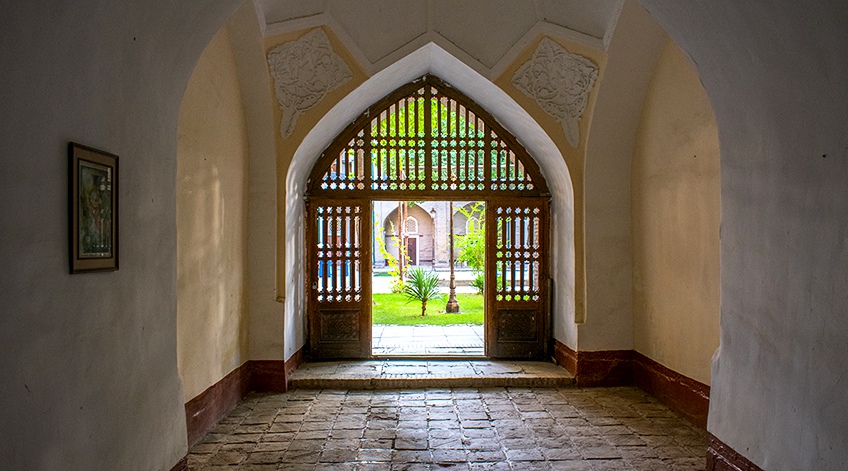 Another upturn in the field of tourism in the Soviet countries attracted attention to the madrassah, and in 1987 it was finally decided to restore the building and return it to its original form. Today, the Abulkasym Madrassah exists and fulfil a function of an educational institution, as conceived during construction. However, craftsmanship is taught here instead of religious canons.

One of the branches of the Hunarmand craft association is placed here.

Today you can take part in master classes and purchase almost any product of Uzbek craftsmen as a souvenir in the Abulkasym Madrassah.

Canaan Travel team will turn your visit to Tashkent into an unforgettable adventure in the magical East.