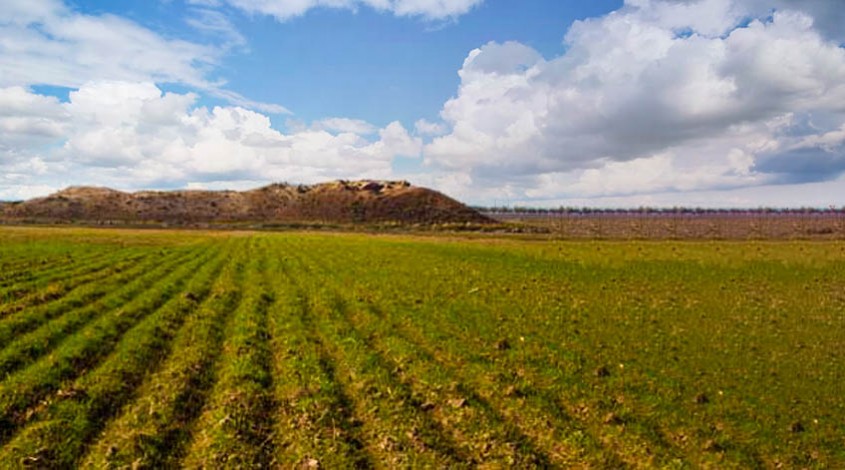 The preserved features of the golden city of Zartepa are familiar to all residents of Termez. More than 70 years ago, archaeologists began to study the ancient settlement and still find more and more new artifacts. Judging by the data received, the city was rebuilt about a dozen times during its existence –according to various assumptions, from 500 to 700 years. This is quite a long period for the city, which was at the intersection of trade routes and was a tidbit for all neighboring kingdoms.

Zartepa was an important religious center in Bactria. Scientists have found many cultural layers with dozens of clear horizons, from the dugouts of the first builders of the city to the fortress wall. The fact that the city has been repeatedly destroyed, but each time it was rebuilt shows its high importance, both cultural and strategic. 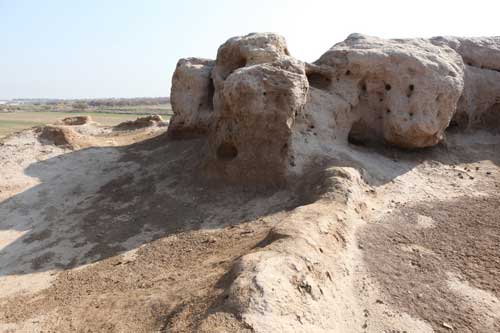 The earliest information that was found in this place suggests that the city existed already in the 2nd century B.C. It occupied the territory of 16 hectares. This huge area was fortified along the perimeter by 9-meter thick defensive walls. Inside the walls were up to 3 meters wide. This way, the guards could move freely and hold the defense during the attack for a long time. From east and west the city was protected by a gate, which was fortified by defensive towers.

From these towers, the guards watched the order at the gate and controlled the visitors. A wide road was laid across the city, connecting the gates. Houses and important buildings were placed along it on both sides. Their layout is clearly visible on the surface cleared by archaeologists.

The walls of the citadel palace were 14 meters high, and the moat with water divided the space between the city and the palace. Two front halls, iwan yard and colonnade keep fragments of Kushan kingdom’s architects’ skill. 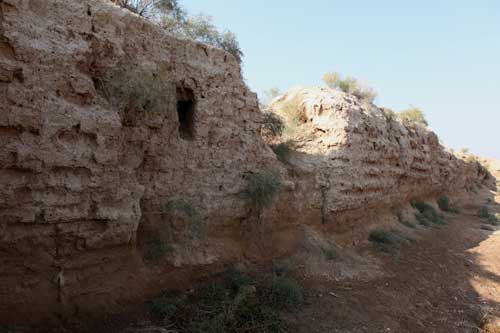 Many fragments of ancient statues were found in the halls, many of which have preserved their gilded finish. Right on one of the walls a chapel was built, a Buddhist temple. The fire that happened at the sunset of the city life, destroyed the wooden ceilings, which debris broke a lot of statues.

However, the head of the Buddha statue has been preserved. The marble steps on one of the passages in the temple are also preserved. In addition to clay statues, copper coins, dishes, and other household items were found, which helped to study the life of the city quite well during its existence.

The last day of life of this attraction came during the Arab conquest – after that people left the ruined city, and it remained in disrepair.

Canaan Travel invites all guests and residents of Uzbekistan for their holidays to visit the outskirts of the glorious Termez, which carefully keeps its ancient history, and get acquainted with the mysteries of ancient history of the East.