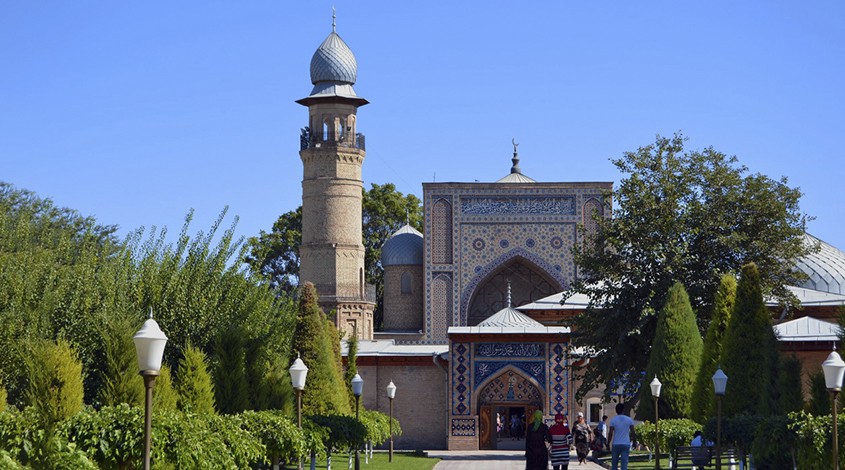 Zangi Ata is a district located in close proximity to Tashkent. It is famous for its complex of the same name with architectural and historical background. The origin of the name of this attraction is associated with an unusual legend.

A word “Zangi” means “dark”. It was the nickname received by Sheikh Ai-Khoja, the great Sufi lived in the 12-13 centuries. He was a preacher of noble Arabic origin, and he was named “dark” because of his dark skin.

When the Sufi passed away, Tamerlan, the founder of the Timurid Empire, decided to build a mausoleum in honor of Ai-Khoja. Another legend is associated with the construction of this mausoleum.

Initially, Amir Temur decided to build the Ahmad-Yassavi mausoleum, but everything went wrong right from the start. The building collapsed again and again before its construction was completed. When Tamerlan felt asleep, Ahmad-Yassavi himself appeared to him in a dream and said that first of all Tamerlan must rebuild the mausoleum of saint Zangi Ata. As a result, the idea was embodied in the ensemble, which now includes the mausoleum itself and the mausoleum of Ambar-bibi, wife of Zangi-Ata. Later, Yassavi mausoleum was finally built, and its construction went smoothly and with no destructions.

The ensemble includes 3 parts: a mosque, a mausoleum and a garden. The mosque was rebuilt in the period from the 14 to 19 centuries and has a madrassah and minaret built in accordance with the Eastern traditions. Darvazahona, the entrance gate, where you can enter the ensemble from, is made in the form of a dome portal with guldasts (towers) on both sides. Its dimensions are small, and there is a vaulted canopy inside. There is an alley which leads to the darvazahona along the house of quite large sizes. On the southwestern side there is a ritual place, so-called “namazgokh”. On the south side the portal building borders on the cemetery. There are hujras along the entire perimeter of the courtyard.

The minaret served for call of prayer. It was built at the beginning of the 20th century and has an unusual design non-typical for the masters of this region. Its base is not circular, but in the form of a polyhedron with brick patterns and belts. There is a viewing platform in the middle of the minaret. On the very top there are windows, from which the calls of followers can be heard. 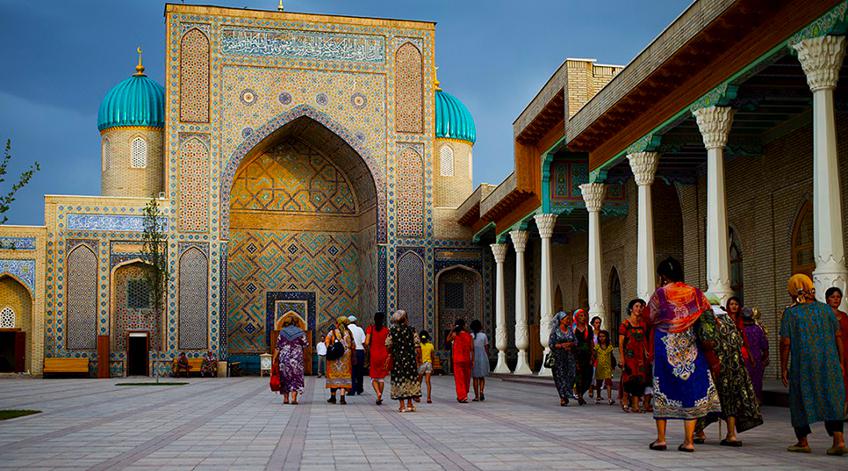 The most significant part of the Zangi Ata complex is the mausoleum with the saint hallows. The tombstone, decorated with skillful carvings, has survived until today. The mausoleum has many premises. Since its creation, the complex has been modified several times. Some of its original structural elements and ornaments were lost. Despite this, the complex is no less interesting in the form in which it appears today before visitors.

Your visit to Uzbekistan will be truly unforgettable if you entrust its organization to the Canaan Travel team. We will turn your trip into an amazing adventure, during which you will uncover the ancient secrets of the magic East.