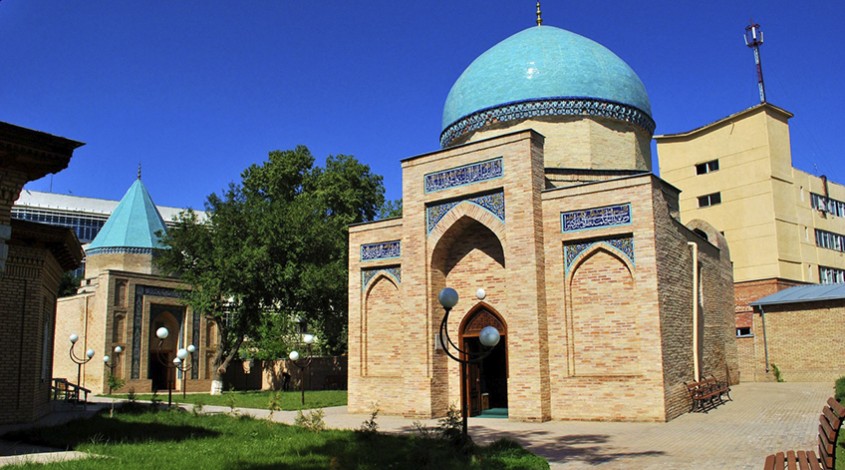 During the reign of the Timurid dynasty, the architecture of Uzbekistan acquired new features. All buildings were built in a memorable and solid manner. Each new attraction, whether it was a complex, madrassah or mausoleum, had to surpass the previous ones in its sizes and greatness. One example of such architecture is the Yunus Khan mausoleum in Tashkent. It was built in the 19th century.

It was built in a hanaka style, which was very unusual for architecture of that time. In traditional sense, a hanaka is something like a small hotel with a mosque and a library in some cases. Usually it is a small building, while the Yunus Khan mausoleum is a two-story complex.

Yunus Khan, a descendant of Genghis Khan, was known for his knowledge, manners and innovative mindset. He was the ruler of the Fergana Valley, however during his reign he expanded territory of his lands up to Tashkent due to his diplomatic skills. When he died, his sons organized the mausoleum construction.

Its scale and design make a strong impression from the very beginning. As an example, let’s take a look at colonnade that adorns the facade. This is an arched row of columns above the entrance made from bricks in a skilful way. It is possible to see Iranian motifs in its T-shape, but its structure is more complicated. The central hall made in the form of cross, ending with an octagonal niche. Small domes adorn two rows of hujras. The roof of the hall is made in the form of a large circular-based dome. The dome’s interior is decorated with an elegant ornament in the form of an intertwining arches, inside which Arabic patterns penetrate the entire space with endless threads. Three separate entrances lead to the mausoleum.

The mausoleum has undergone several restorations. The first restoration took place a hundred years after construction of mausoleum, when the building partially collapsed as a result of an earthquake. That time the building was not completely restored, and part of the dome remained destroyed. The landmark was completely restored in 1970, but due to the lack of necessary drawings, the mausoleum was recreated on the basis of information received from historians and architects familiar with this type of architecture. 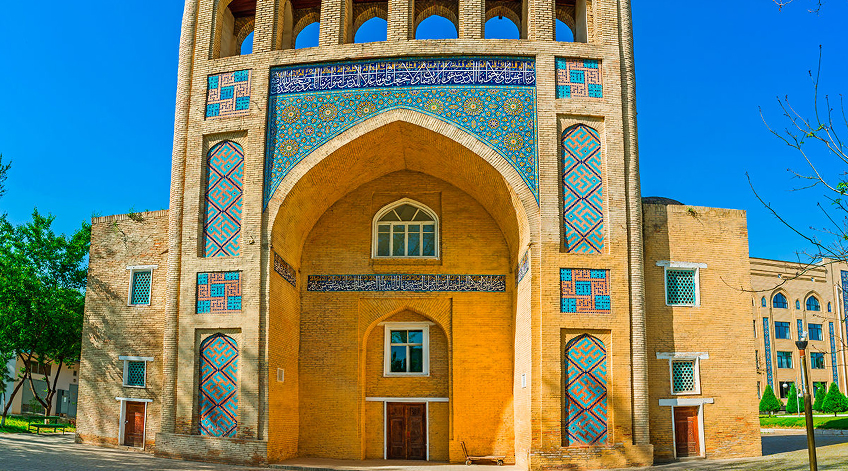 The door at the entrance was replaced with another one. The legend says that the former door had musical mechanism, and every time when it was opened and closed, the sound of an ancient instrument called chang was heard. An even greater mystery is the fact that the remains of the Yunus Khan have not been found in the mausoleum yet, although such complexes are always erected at the burial sites. Today, the territory around the mausoleum is the part of Islamic University, and the building itself is part of the Shaykhontohur complex.

When you visit this place during the tour organized by Canaan Travel, university students and teachers will be happy to tell you many interesting stories about this mausoleum.