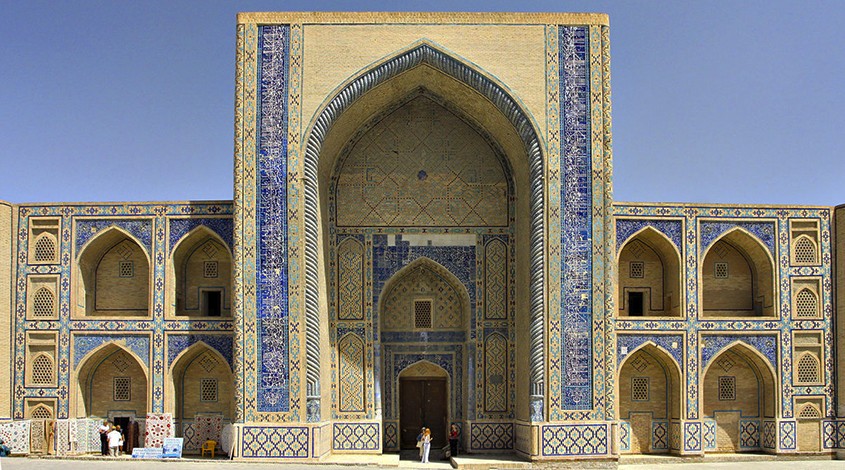 In the early 15th century, the great ruler Mirzo Ulugbek, the grandson of Tamerlane, constructed in Bukhara an educational institution that was unique for Central Asia — a madrasah that had many features of present-day universities. Ulugbek, a patron of science and culture, desired to turn that beautiful city into a pearl of knowledge, the centre of education, where the cleverest men of civilization would be able to exchange their discoveries in mathematics, astronomy, theology and other sciences.

Being a part of the historical centre of the ancient city, the madrasah has become the province of all humankind having joined the UNESCO World Heritage List.

Construction of the Ulugbek Madrasah in Bukhara that would become one of the three institutions bearing that name took three years, but the result proved to be worthy of any expectations. Under the guidance of the best architects of the East, that magnificent house of wisdom also became a gold standard of Eastern architecture of that era. Strict shapes and previously unseen design elements became a source of inspiration for many generations of master builders who came to that land from many countries just to see that wonderful place.

“The desire for knowledge is the duty of every Muslim man and woman,” — these words were placed above the entrance to the madrasah by the order of Ulugbek emphasizing the interconnection between faith and science as two factors necessary for education. The students of the madrasah devoted all their time to learning and in the truest sense of word moved to that centre of science for several years. There they found communication and rest, knowledge and the ability to use it. 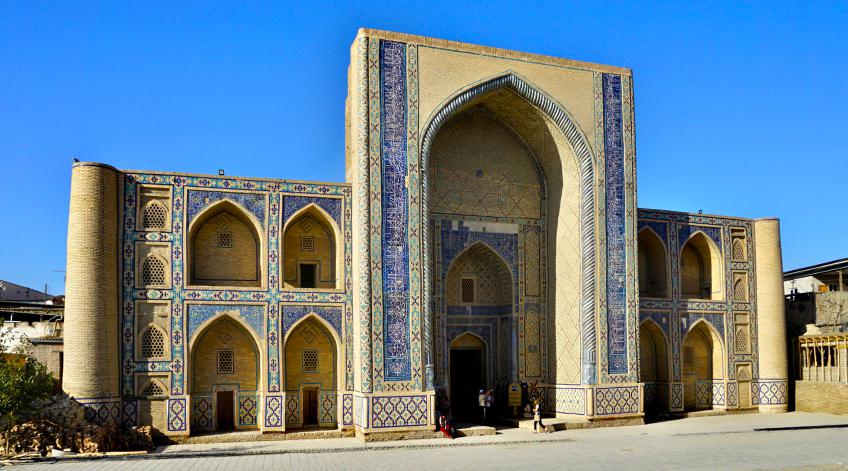 The education system created there was different from the system that was usual for those distant times — students could decide which teacher they would to study with, and the classes were held in the form of conversations allowing everyone to express their opinion and ask questions. Unexperienced young men coming to the madrasah left it as sages and later made Bukhara famous all around the world.

One and a half centuries later, in 1585, after restoration, the magnificent attraction got majolica, and then frequent renovations made it possible for this important treasure of the East survive to this day, although in a slightly modified form.

In the middle of the 17th century, another building was constructed across from the Ulugbek madrasah and named after the ruler of these lands and its founder — the Abdulaziz-Khan Madrasah. Thus, according to the will of the ruler of Bukhara Abdulaziz Djanid, the new madrasah and the old one formed an architectural ensemble — Kosh Madrasah.

The team of Canaan Travel invites all passionate about history and culture of the East to visit Uzbekistan and the wonderful land of magical Bukhara.