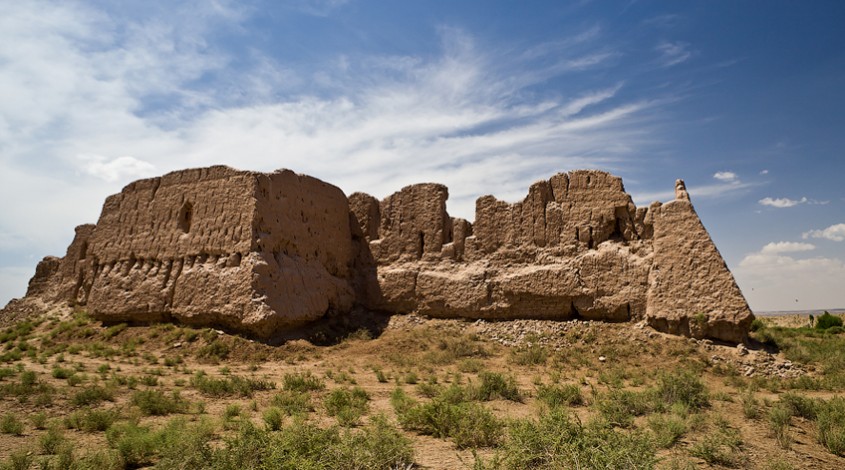 Toprak-Kala is another attraction in Karakalpakstan which used to belong to Khwarasm Khanate. The archeologists were equal on the opinion that the fortress should be dated back to the 2nd century AD. At that time this construction was of the great importance for ancient Khwarasm. Nowadays, these are the ruins which kept their previous scope quite well. The whole city was surrounded with the defensive wall.

The citadel kept a lot of important city buildings inside, like temples, the ruler’s residence, residential quarters and military constructions. The defensive wall around the city was well-fortified and designed for defending the city for a long time. The internal part of the place of interest consisted of the temple of fire worshippers, and the residential houses were not agglomerated, but kept at a certain distance from each other and surrounded with low fence walls.

Most probably, the ground next to the residential houses was meant for arable farming. The large empty space is supposedly a square at which battle assemblies, important state events and celebrations attended by many visitors took place. 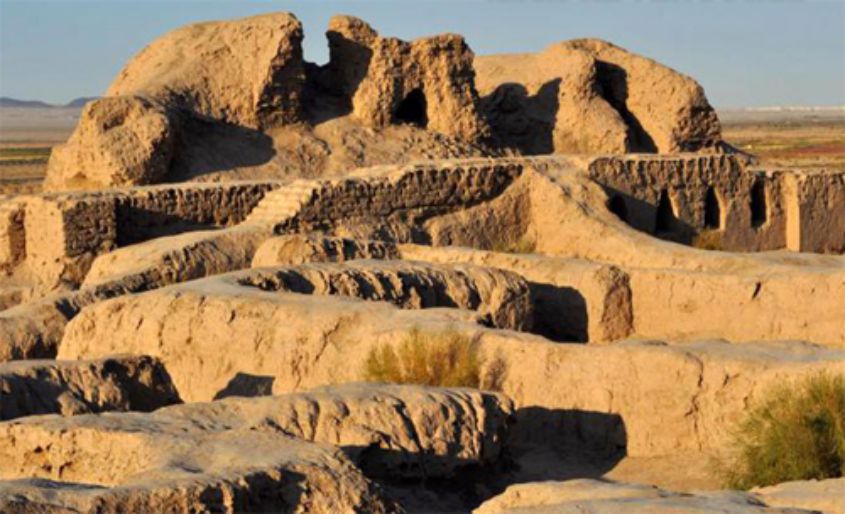 This patch is surrounded with a low wall. It is supposedly not a standalone fortress, but the part of the system of defensive frontiers. Although the towers are not too high, the neighboring towers could be seen from them. This was probably done for the watchmen to be able to warn the neighboring towers about the enemy troops advancing using the light signals and prepare for the battle.

The double-decker defensive areas along the walls approve that the fortress was ready to encounter the foes 24/7. While some warriors were on duty or battling at the upper level, others had time to rest at the lower one. The changing of the guards took place very quickly. On the outside the fortress was surrounded with a moat filled with water. This was another defensive system of the fortress. Of course, the palace of the ruler should be highlighted among the main buildings of the fortress. As it fits for a palace, it was decorated as magnificently as possible.

Moreover, inside the palace, in one of its halls, 23 clay statues impersonating the rulers of Khwarasm were standing. This hall is called correspondingly: The Hall of Kings. Alas, these statues were ruined, but, judging by their fragments, it is certain that they were twice as tall as human height.

The company Canaan Travel is pleased to invite you to visit wonderful Uzbekistan, which has preserved on its territory many secrets and traditions of the fabulous East.