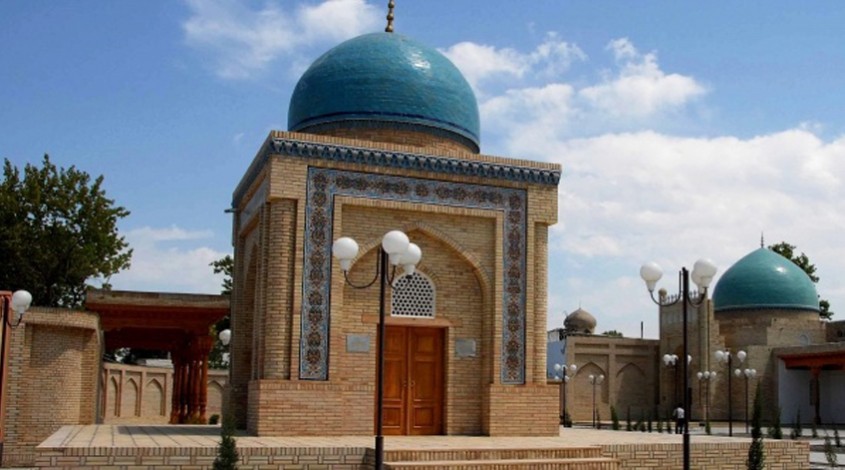 On the Great Silk Road, less than ten kilometers from Fergana, there is another city in the Fergana Valley called Margilan. In translation, this name sounds like “the area with green grass”, or green valley. And indeed, the lush grass of the local meadows has served the development of cattle breeding in this place since ancient times.

The city is full of legends, the unraveling of which is unlikely to ever be found. This has been due to the fact that frequent earthquakes have made a great effort to prevent many historical monuments from reaching our times in their original form. We only have to guess how true the local legends are, and to amaze them.

One of Margilan’s legends says that during the conquest of Central Asia by the Turkic tribes; one of the conquerors’ armies chased the holy Pir Siddik. In search of shelter, Pir Siddik found the cave and decided to find shelter within its walls. For some miraculous reason pigeons in large numbers began to fly to this cave and build the nests at the entrance. According to legend, this is what saved the Pir Siddik. The army of pagans, having seen a huge number of birds nesting peacefully near the cave, decided that there can be no man here, otherwise the birds would not be so calm, and did not search the depths of the cave. In memory of this legend, a mausoleum was erected at the burial site of Pir Siddik, which is a whole complex of buildings such as a tomb, dovehouse, mosque, and minaret.

Columns with beautiful carved ornaments support the tombstone ceiling, which used to be in the form of a dome. The yard of the tomb is surrounded by a fence and a monumental entrance, Darvozakhona. Darvozakhona is a structure that deserves special attention. The entrance to the attraction is made in the form of a high structure with passage ornaments and the shape characteristic for the Oriental architecture. And there are dome lights on both sides, also made by the canons of Oriental architecture.

The birds, which are considered sacred, are kept in the dovehouse. These pigeons roam freely throughout the complex, thus attracting the attention of tourists. The mausoleum itself was erected on the site of an even more ancient burial ground, dated 1742, which is indicated on a plate above the entrance to the mausoleum.

Enrich your holiday in Uzbekistan with a trip to the Fergana Valley and pay a visit to the Pir Siddik complex. Canaan Travel will help to choose an existing tour for you or develop a new one for your best journey.