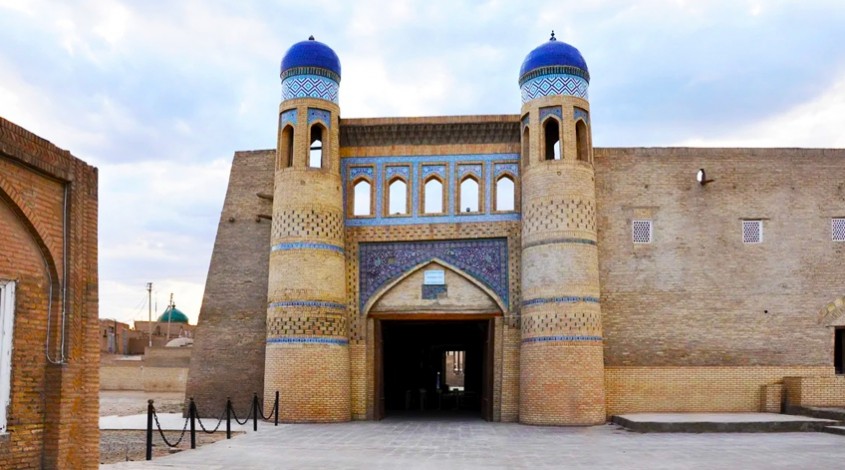 Palvan-Darwaza are not only the famous gates of Khiva fortress. This is a full-fledged architectural ensemble. The eastern part of the fortress was of great importance in ancient times. If there were constant raids on the city from the west and north, and it was necessary to protect and strengthen the defense of the fortress, then from the east went a vast stream of caravans with jewelry, goods, and merchants were to be welcomed hospitably and luxuriously.

The sight is well preserved. The high portal arch with an arrow converges to the top; the light and dark blue mosaic painting covers the facade. The sign above the entrance reminds the guests that the gates are over 400 years old, and this architectural monument is under state protection.

Two towers at the entrance once sparkled with a glaze of blue domes. Carved wooden doors preserved the craftsmanship of the time in the form of unique patterns on its surface. 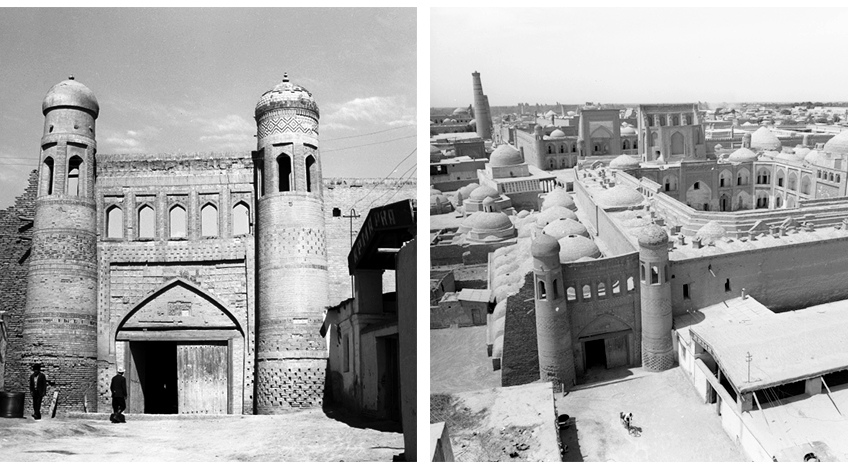 The gates themselves are only a part of the ensemble. Many buildings were built in different periods of time there. Many rulers considered it necessary to leave their mark on the history of the complex. Allakuli Khan built a madrassah and a caravanserai here in the 1830s.

In the same period, a stone Tash-Khauli Palace appeared here. At the very beginning of the XIX century, the Kutlug Murad Inak madrassah was built. And almost immediately after the construction of the gates, Anush Khan baths and then Khoji Berdybay Madrassah was built here. With each new building, there was less space left. Thus, some buildings intersected, and some even go beyond the Itchan-Kala fortress.

Each of the buildings is unique in its design, and each of them has a rich history. Some are characterized by ascetic forms, and some dazzle with rich decoration and brightness of the decoration. Each of them was an essential object for city life.

In the caravanserai, a kind of hotel for caravaners, merchants and travelers found the rest overnight, and young people studied science and theology the madrassah. A roaring trade took place on the square. A whole gallery was allocated for it: there were many benches with a variety of goods on both sides. As of today, almost nothing has changed. Still, many traders can be found in this place. 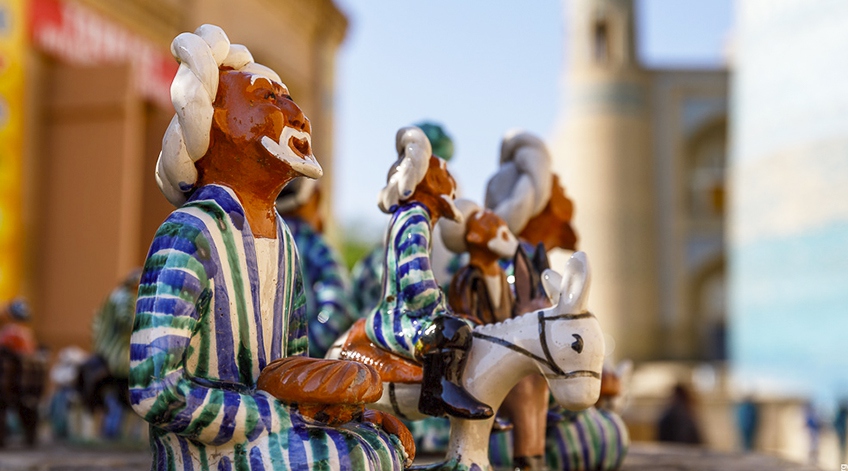 Next to the gate there was a slave market, a place of the public execution of lawbreakers, and a place of gathering for residents to hear the ruler’s new decrees.

The name of the gate is literally translated as “Mighty Gates”. No wonder, because the gates looked impressive and were guarded by elite warriors. However, among the people, this gate had another name – Kul-Darwaza, or “Slave Gate”. And also Pashab-Darwaza, which means “The gate at the place of execution”. But all over the world they are known as Mighty Gates, as it sounds so much more pleasant.