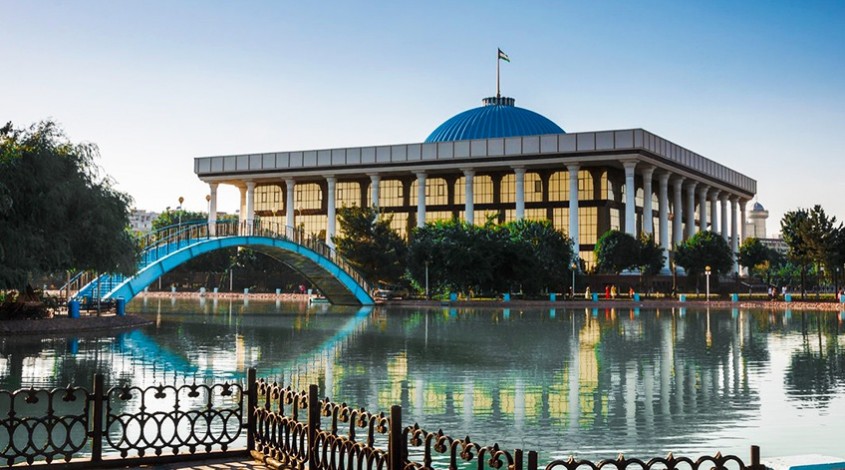 Oliy Majlis is a legislative body, parliament of Uzbekistan. It consists of two chambers, upper and lower ones. The legislative chamber is led by the speaker, with responsibility for coordinating the work of parliament. The Oliy Majlis means “supreme assembly”.

The Oliy Majlis consists of 150 deputies elected through the popular vote. The first session of the first convocation of the Parliament was held in 1995. This is an important event, because at that time Uzbekistan had already achieved independence, and there was a dire necessity to organize such an important institution of state power. At that time, the parliament was unicameral. In 2002, a council of the republic senators was established, and the parliament became bicameral. Oliy Majlis is the lower chamber.  And the upper chamber is the Senate of the republic.

The Oliy Majlis building located next to the Alisher Navoiy National Park. The Friendship of Peoples Square is not far from this place. Surrounded by flower beds and fountains, the snow-white walls and sky-colored dome of the building look amazing. Its roof is decorated with a high flagpole with the flag of the Republic of Uzbekistan on it. On the northwest side there is a small lake with an arched bridge. 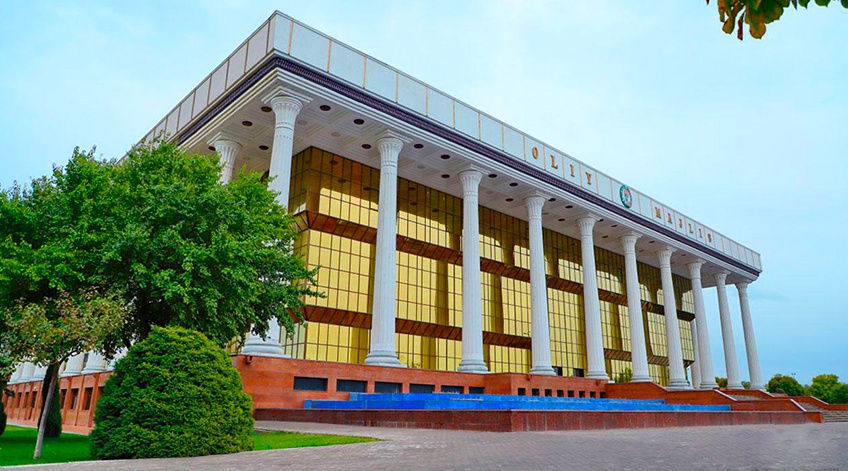 The main hall is located on the second floor. This hall consists of 3 levels, the first one has seats for 350 people. Every day members of parliament and guests from other countries work, conferences are held and state laws are adopted here. 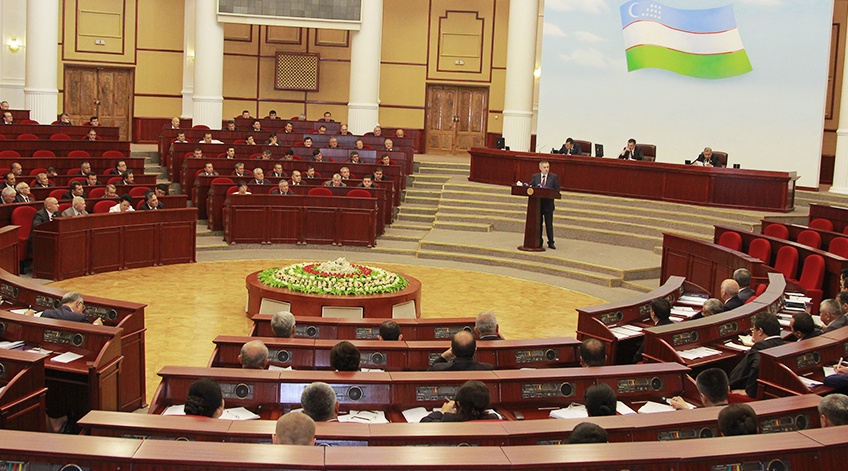 The second level was organized for the work of mass media. On the third level there are technical devices for maintaining lighting, ventilation and other technical tasks that ensure comfortable work in the building. The dome is decorated with elegant paintings, which were made by skilled craftsmen and artisans. The huge chandelier in the center of the hall draw everybody’s attention. It weighs more than 4 tons. 600 crystal crystals and gold were used in the manufacture of the chandelier.

Such beauty became an attraction immediately after its completion. The magnificent building adorns Tashkent and plays an important role in the life of the whole country.

Plan your visit to Uzbekistan wisely and entrust organizing your journey to Canaan Travel.