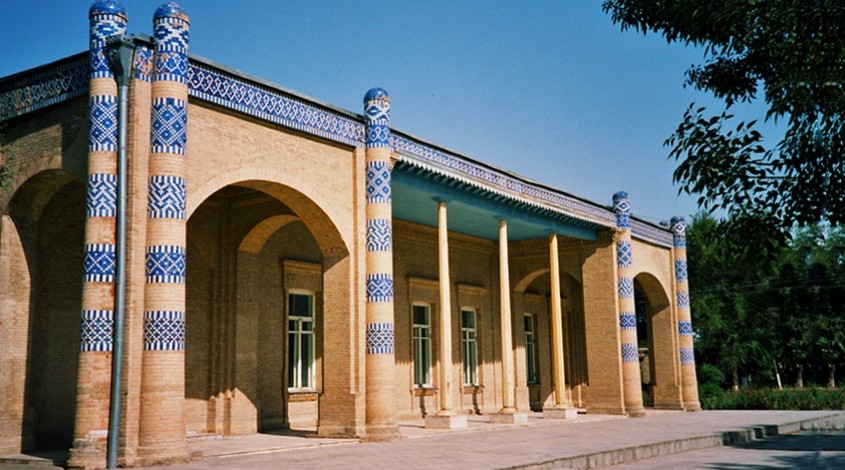 Nurullaboy Palace is located on the territory of Dishan-Kala, the outer defensive part of old Khiva. The splendor of this sight was known all over Russia, and also, Russian masters, artists, and architects, as well as German specialists took part in the construction of this Palace. This is one of the reasons why the palace is strikingly different from other similar buildings erected in the history of the East.

Seyid Muhammad Khan ordered to build a palace for receptions of high-level officials in the garden of a local resident Nurullaboy. The garden was beautiful, famous, and occupied a large territory.

It was decided to act fairly – to buy the garden from the owner. Muhammad Rahim Khan II, son of Seyid Muhammad Khan, who ruled at that time, agreed with the merchant Nurullaboy to sell the garden. He set only one condition – the garden’s name must remain because it was known to the people. The Khan agreed and kept his word. 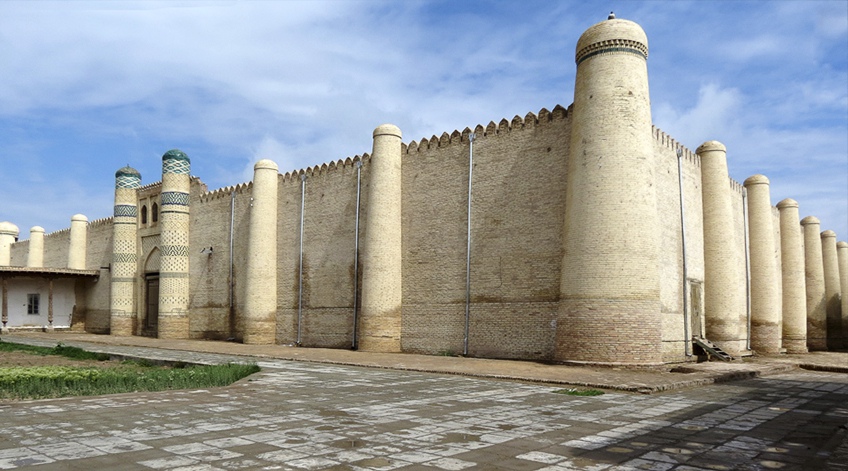 In the palace, there was an enclosed area where the harem of the ruler’s son was located. Because of the high wall, curious passers-by couldn’t approach it. The palace had a personal guard, stables, and more than a hundred rooms, including rooms for the rest of the servants. There was also a reception room and chancellery; there were fireplaces brought here from Russia. Huge mirrors in the main hall almost reached the ceiling.

Isfandiyar Khan II made some changes to the plan of the palace and completed it to his liking. The main purpose of the building was to organize important ceremonies and meetings in it. During the same period, a hospital and a telegraph building were under construction in Khiva, so the treasury was already almost depleted.

But the Khan was adamant about it, and by 1913 the Khan’s reception was completed. The building is solid and made of burnt bricks. The roof is covered with sheet iron. Most wooden constructions, such as doors, window frames, and parquet floor, became the merit of German masters, who lived 15 kilometers away from the city at that time. 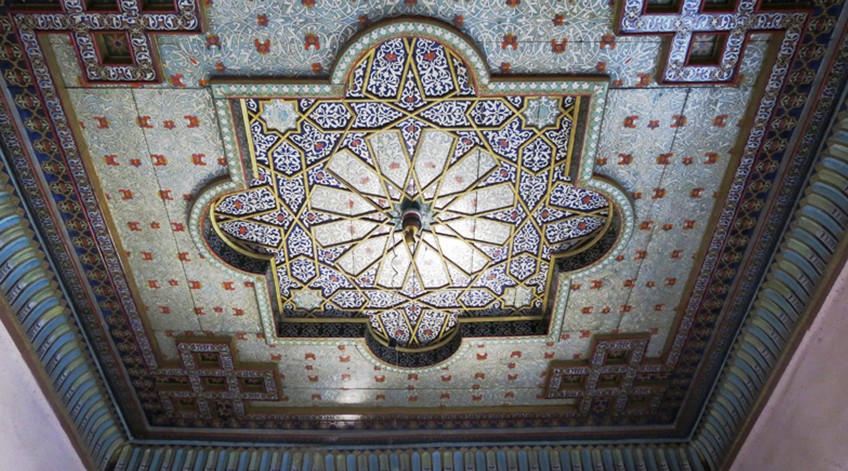 Ceiling and wall decoration is a joint work of Uzbek and Russian craftsmen. Local specialists skillfully made the gypsum patterns, and craftsman Vaisyaz Matkarimov created the artistic design in cooperation with Russian artists.

Flowers with angels appeared in the bright oriental decor and patterns for the first time. One of the halls and the reception are decorated with gold and geometric patterns. The curtain rails framing the ceilings of the premises were delivered directly from Russia.

After the establishment of Soviet power in Khiva, the city has been electrified. During this period, the palace served as a government house. Later on, a museum was organized, and educational activities were carried out there. Today the museum has undergone restoration and is again open for tourists in its recreated original form. Rich decoration, a mixture of Russian and Uzbek cultures, the impressive scale of craftsmen work, inlays with precious stones, and all that was paid from the Khan’s treasury, is now available for everyone to see.

Canaan Travel invites every traveler to visit fabulous Uzbekistan and one of its great cities, Khiva.