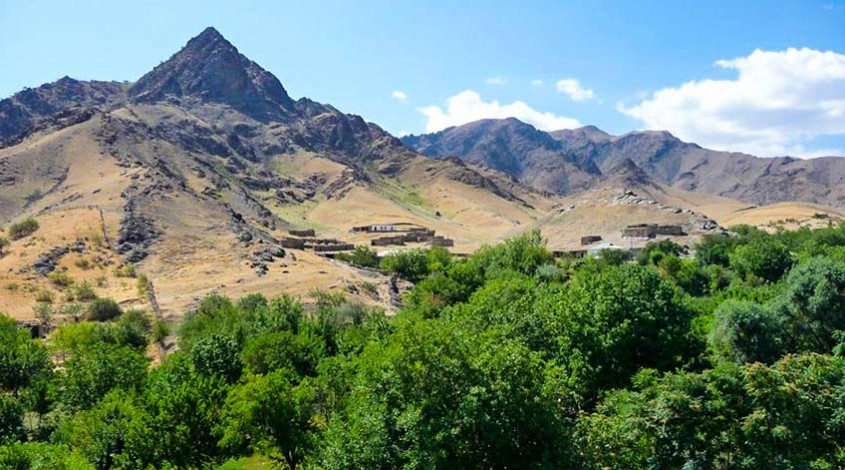 The Nurata mountain area is located between Kyzylkum and Mirzacho’l. It includes the Aktau, Nuratau, and Karatau mountain ranges, the names of which are literally translated as White Mountains, Light Mountains, and Black Mountains correspondingly. The mountains not only have poetic names, they look poetically as well. Despite the relatively low level of the mountains, there are several noticeable peaks. One of them is Hayatbashi, which is 2,169 meters high.

The mountain climbers do not pay much attention to this mountain area, mostly because of its being far away from large cities. However, tourists delightedly visit these places due to them being picturesque at any time of the year. Besides, these mountains keep a lot of historic mysteries.

The Tamerlan’s Gate is one of the most important and visited places in the gorge of the Sangzor River. It’s no wonder, because the way joining Tashkent and Samarkand goes right through this gorge. Enormous rocks loom on the left and on the right, forming a passage similar to a giant gate. The rapid river concaves the bank and periodically changes its course, which makes this part of the way dangerous. Rock falls used to happen here regularly and the road was washed out from time to time, and therefore the bypassing road over the hill tops was created. Only local residents or load-carrying vehicles which cannot cope with the long ascending along the new highway currently use the old road. 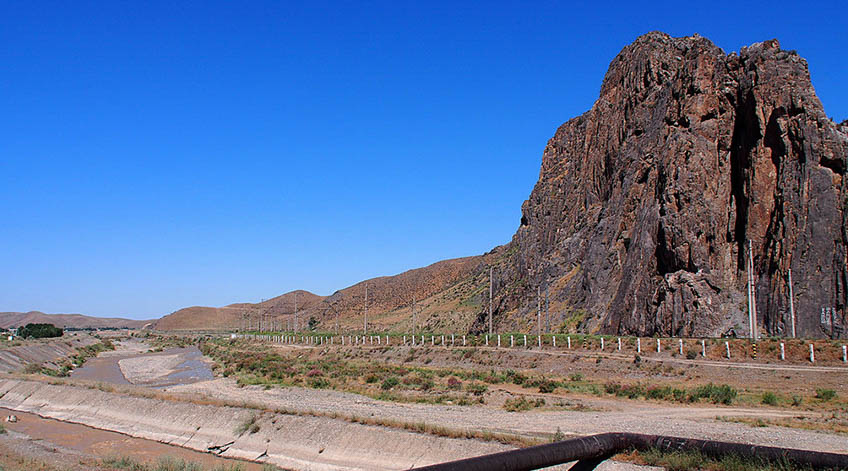 But the Tamerlan’s Gate used to be some kind of a border between Tashkent and Samarkand and was guarded well. It was sort of customs for the caravanners and one of the large threads of the Great Silk Road. Right on the opposite bank of the Sangzor River, on the sheer wall of the hill, there is a table with Arabic text left by Tamerlan’s grandson Mirzo Ulug’bek during one of his military campaigns. There used to be a writing made in the 19th century, which was a symbol of the first railroad construction by order of the Russian Tsar. Today the table has been broken off, and its place is empty.

Sarmishsoy is a glorious gorge where the children’s camp of the same name used to be located. This place is also very popular among tourists, because the surrounding rocks are covered in ancient petroglyphic drawings. Mountain goats and whole drawn stories about the way of life of ancient people can be found here. Alas, some of the petroglyphs were destroyed by nature, but despite this their number is still impressive. Apart from tourists, this place attracts ufologists and scientists, because this attraction is considered to be an anomalous zone. The scientists tend to think that there is a high concentration of special microelements here, and combined with the climate and landscape the human imagination starts creating many unusual things. 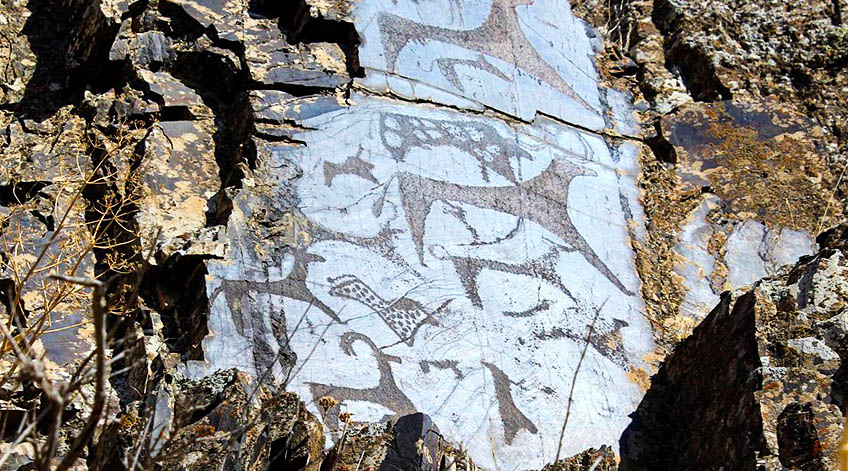 Some decades ago a small lake formed at the bottom of the Nurata mountains. Currently its length reaches 400 kilometers, and the lake goes on increasing every year. It is drainless, so its water is salty. The lake was named Aidarkul. At various times of the year many rare species of birds and animals may be encountered here. Flamingoes, pink pelicans, ducks, herons, storks and swans are by no means the complete list of birds paying visits to the lake.

After the shrinkage of the Aral Sea many animals moved to Lake Aidarkul. There are almost no settlements near the lake, because the water sets in farther and farther each year. Only the Yurt summer camp ready to give houserooms to tourists and travelers is opened at the same bank of the lake from one year to another.

While going on a journey to Uzbekistan, include the Nurata Mountains to your program, as these places will definitely impress you. And for it to be completely comfortable, you should entrust the care for the journey organization to Canaan Travel; we will take care of your rest.