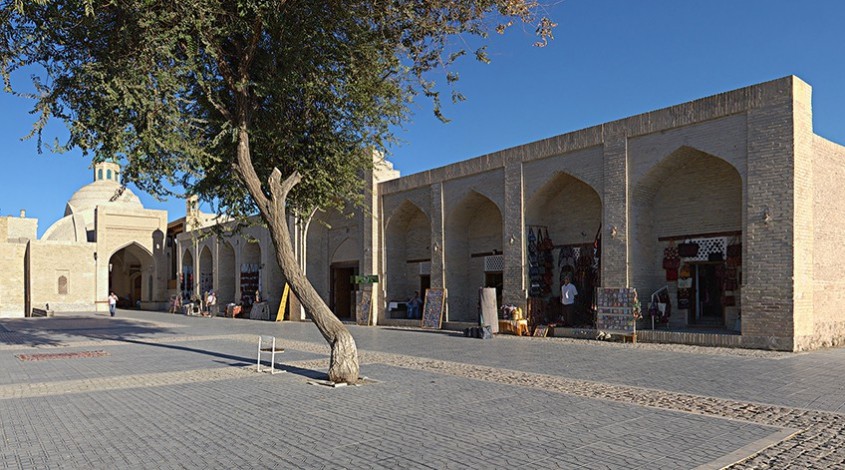 The Nugai Caravanserai is an extremely interesting place for travelers who want to see Bukhara in all its glory. First, it should be noted that a caravanserai is a luxury kind of a hotel for caravanners. “Serai” is translated as “palace”, and such a name was worth the buildings. Traders had money, and entrepreneurial wealthy people built such hotels along the trade routes. One could spend a night there, left goods for deposit in a warehouse, exchange money and even sell something, have some rest after a long journey and enjoy a good supper in a teahouse, talking with fellow merchants — all of those things were an integral part of the place. A caravanserai was not only a comfortable lodging for the night; it also served as a fortress capable of withstanding the siege of robbers. For that purpose, most of such sites had a well in the courtyard and food supplies in warehouses. In some caravanserais, it was also possible to get bedding and dishes; in others, one could get only rooms for sleeping, so travelers had to carry all necessary things with them.

The Nugai Caravanserai was notable for its ability to provide travelers with everything they needed. At all times of a day, the place was full of life; the trade in Chinese fabrics, silk and spices was always brisk. Merchants brought there souvenirs from Iran, India and China, as well as local goods and various ethnic musical instruments. Many varieties of tea were also delivered there directly from East Asia. Within the walls of the caravanserai, they had adjusted sewing of kaftans from local and imported fabrics. Guests were offered to not only trade there but also to live and store their goods in warehouses. The place was well fortified. 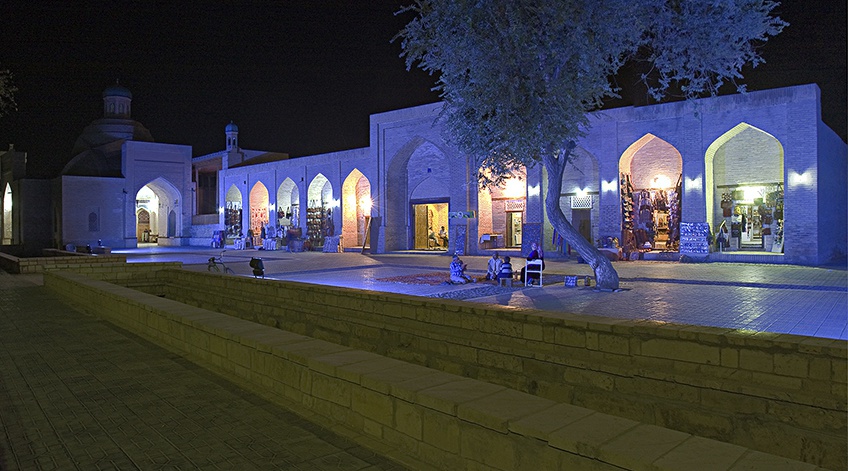 The caravanserai was built in the 16th century. Its only entrance was provided with a strong gate. It was made in the form of one-story hujras located along the perimeter of the courtyard. In total, there are about 45 hujras where not only guests but also their escort could comfortably stay. There were rooms for workers as well.

Now life within the walls of the Nugai is also busy. The difference is that today it is full of tourists who come to study the culture and life of Central Asia. The From Silk to Spices Festival is annually held here; its visitors have an opportunity not only to enjoy looking at various products made by craftsmen but also buy something.

During the festival, testing sessions are held there to present wine made from local grapes varieties. Jewelry shops, souvenir shops, craft workshops are open here all year round. The caravanserai is protected by the UNESCO. The government programme for restoration and conservation of this historically important attraction has been launched.

Canaan Travel invites all guests and residents of Uzbekistan to visit the Nugai Caravanserai like the wanderers of the distant past and have a rest within its walls.