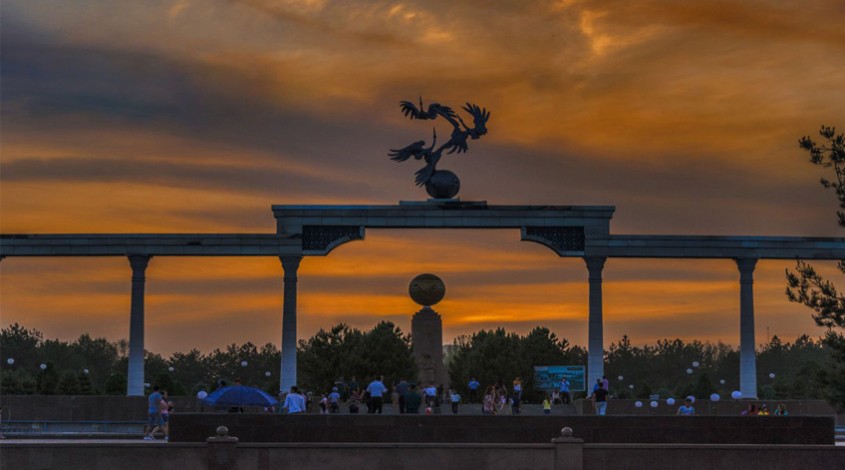 Mustaqillik Maydoni, or Independence Square in English, is one of the main places not only of Tashkent, but of the whole country. The history of this attraction began long ago in 19th century, when the Khanate of Kokand was destroyed. After demolition of Khan’s palace, there began design works and development of the main residence of the last Russian ruler of the Turkestan Governorate-General. After a great revolution in 1917, the square in front of the residence began to bear the name “Red Square”.

In the early 1950s, another rebuilding resulted in a monument to Vladimir Lenin installed in the center of the square, and so the square was renamed in his honor. The sculpture stood until September 1991, when Uzbekistan proclamed its independence. At the same time, the square got its current name.

Important government institutions such as the Cabinet of Ministers, the Oliy Majlis, and the Senate are located on the main square of Uzbekistan. In the very center there is the Monument of Independence and Humanism , an important state symbol in the form of the globe with a map of Uzbekistan, which is reflected in national fine art. On New Year’s Eve, one of the country’s most important Christmas trees, the Presidential one, is being established in this place.

Mustaqillik Maydoni has changed a lot over the years of independence. A huge construction “Ezgulik”, the Arch of Good and Noble Aspirations, appeared near the central entrance. In 2006, a monument “Happy Mother”, carefully holding a child at her chest, was erected. In the green zone in the north of the square there is the Walk of Fame and Memory to the Heroes. These integral parts of Independence Square were built in honor of Uzbek soldiers who died during the Great Patriotic War. 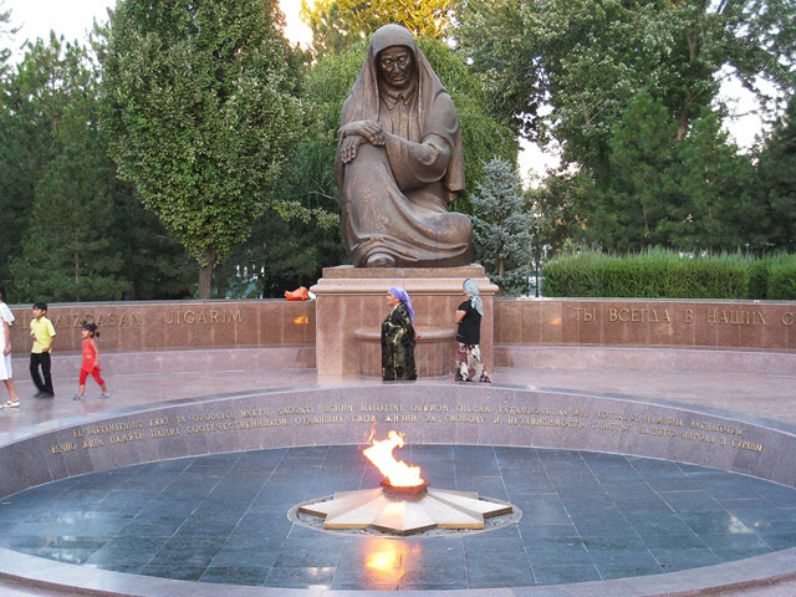 There are 14 steals on marble galleries, one for each region of our country. Steles hold books of memory with inscription of the name of each person deceased in 1941-1945. The Walk of Glory completed with the Grieving Mother monument and the Eternal Flame situated in the front of it. On May 9, on Memorial and Honors Day, hundreds of citizens and guests of the capital come to the Eternal Flame to offer honors.

Canaan Travel invites you to visit sunny Tashkent. We will do our best to organize first-rate vacation for you here, and to make sure that you will get more than enough positive impressions.