Monument to the Grieving Mother 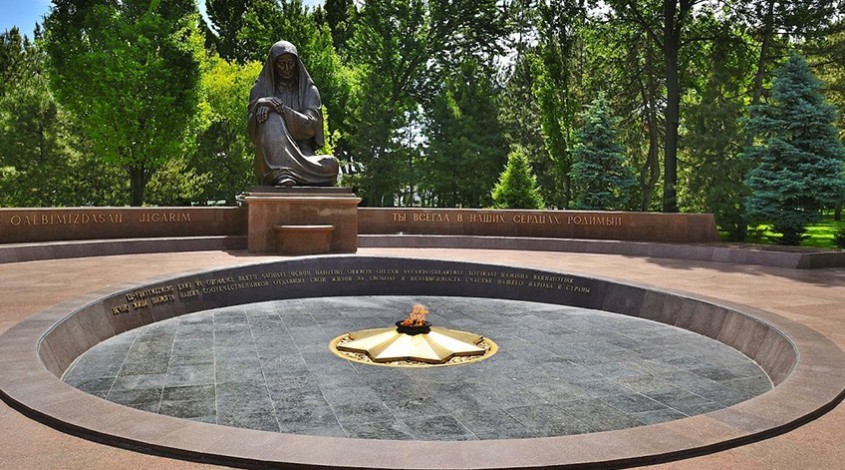 In the center of Tashkent, like in many cities in the countries of the former Soviet Union, there is a eternal flame memorial complex. Eternal flame reminds all people of the difficult times when someone’s fathers, brothers and children died in the name of freedom, in the name of the safety of their families, shedding their blood at the front. The memorial complex, called Square of Memory and Honour, is located next to Independence Square.

Previously there was a war memorial “Tomb of the Unknown Soldier”, which also had an eternal flame. Now there is a sculpture of the Grieving Mother.

The monument was built in 1999, it cherish the memory of hundreds of thousands of soldiers from Uzbekistan died in the fields of World War II. Their names are stamped in gold letters in the Book of Memory. Ilkhom Jabbarov is the author of this monument.

Today, the name Grieving Mother already sounds like established and familiar to everyone. However, the author put a slightly different meaning in his creation. He wanted to capture eternal hope and faith in the best times, that’s why he called the monument  “Waiting Mother”. Jabbarov made a symbol of all mothers who has being waited for their sons until the end of their lives, because many of them never returned back home. The mother of the author became the prototype for the sculpture, and it is her expectation that is reflected into this attraction.

Over 400,000 citizens of Uzbekistan died in the war. They, knowing no rest, fought for freedom and contributed to the victory, and the memory of them is eternal. The “Grieving Mother” monument reminds the descendants of the heroes of the heavy cost paid for a peaceful life today. Every year on May 9, thousands of visitors lay flowers at the foot of the monument. A military guard stands nearby all day long, guarding the memory of the dead soldiers. 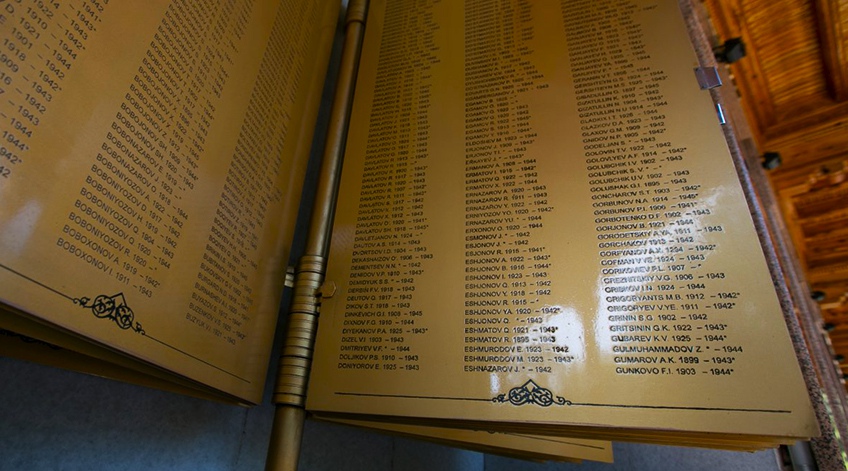 Not far from the monument there is the Book of Memory composition. It is a pavilion stretching over 60 meters with foliants installed in special niches. Their pages perpetuate the names of all the immigrants from Uzbekistan who died or missed in action during the war.

Canaan Travel highlights to visit this place because the monument recalls the most terrible war of the 20th century, the horrific trial that all humanity faced. Although today the echo of those events has subsided, we must remember how fragile the world can become. Today, our task is to preserve the peace gained for us and keep the memory of the great war for our descendants. You can also pay tribute to the victims of World War II by leaving flowers at the monument to the Grieving Mother.