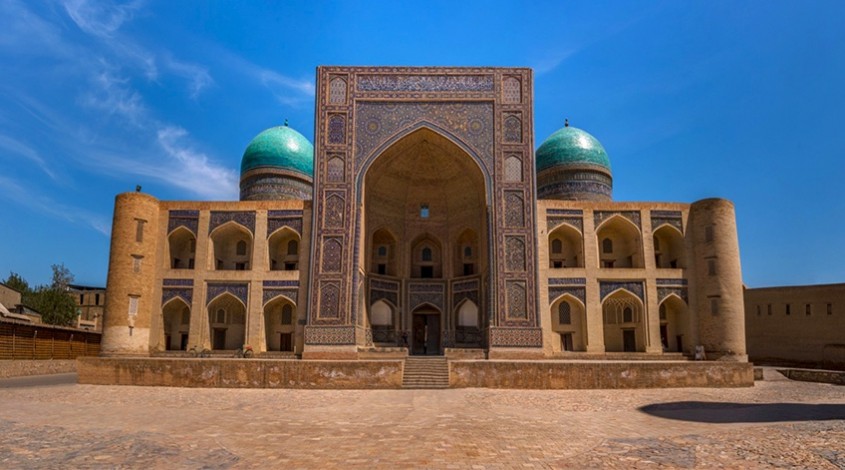 The Miri-Arab Madrasah built in the 16th century by famous masters on the sun-drenched land of Bukhara and decorated with turquoise domes is as beautiful as the legend about its creation.

Four centuries ago, in distant Yemen, there lived its ruler Abdullah Yemeni. Whether it is true or not, but the legends says that one night he had a prophetic dream: a voice from above ordered him to abdicate the throne, go to Bukhara and build a madrasah in that ancient eastern city, and from there to bring light of knowledge to people until the end of his days.

Yemeni was a deeply religious person, so he took the dream as a sign of destiny and went to the city among the sea of sand. Ubaidullah Khan, who ruled Bukhara at that time, greeted the crown prince with eastern hospitality. The ruler was much surprised when Yemeni told him about the dream but decided to support the good deed. Therefore, they joined forces and started to build the madrasah. 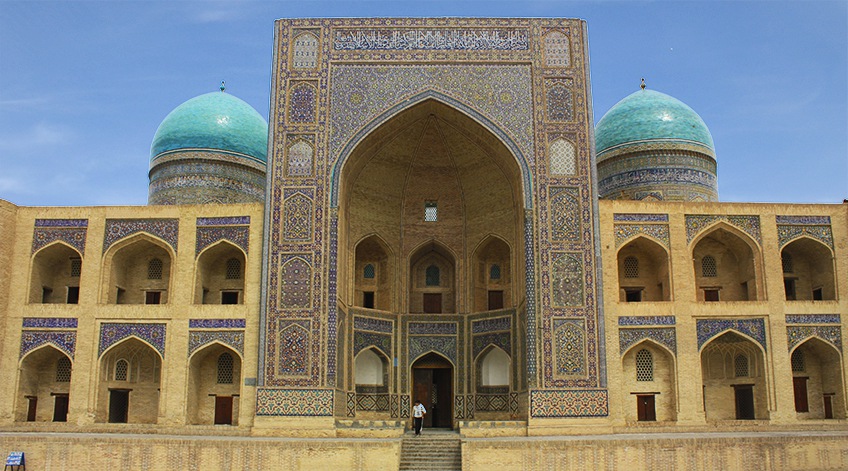 Local residents so much liked good temper, innate modesty and kindness of the prince from the distant lands that soon they began to call Yemeni “Miri-Arab”, which means “the saint who has come from the Arab land”.

Later the second name of the prince acquired by him on the ancient land of Bukhara, the pearl of the Orient, was assigned to the educational institution constructed by him that was destined to become a bastion of Islamic education of entire Central Asia and the attraction included on the UNESCO World Heritage List.

The madrasah constructed in the Persian style still greets its guests coming from around the globe with carved wooden gates, refined stone mosaics with elegant geometric patterns, floral ornaments, sacred inscriptions made by calligraphers and blue skies hovering above the domes with tunnels.

The remains of the holy prince rest in one of two parts of the Miri-Arab — in the lecturer hall. The emir who ruled those lands in the 16th century and the members of his family also found their resting place within the walls of the madrasah.

Today, four centuries later, it may safely be said that the dream of Prince Yemeni was indeed prophetic. The light of knowledge still illuminates the madrasah showing the way to its walls for righteous Muslims and those who wish to comprehend its basics and come from all around the globe.

Canaan Travel is glad to join our guests of Uzbekistan and visit the holy place where history literally comes alive in front of us.