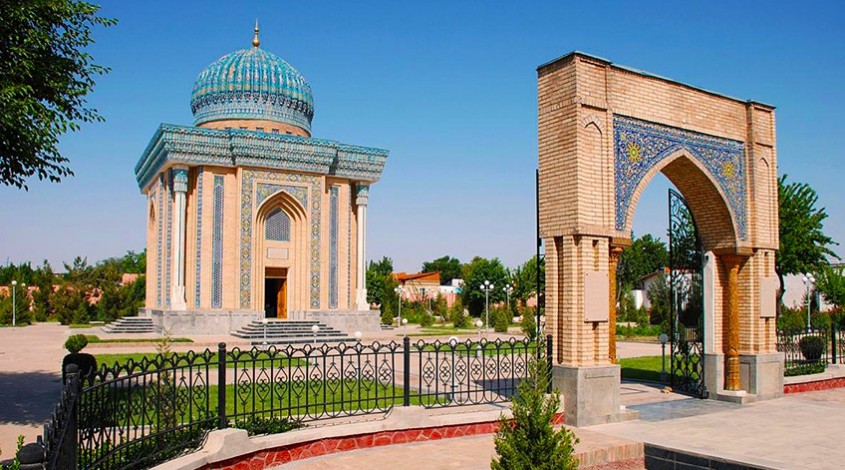 The Mausoleum of Abu Mansur Maturidi is an attraction located in Samarkand that is well-known in the Muslim world. The easiest way to get there is from the famous Registan Square; the mausoleum is located just a kilometer from it.

The legend says that it was built on the burial place of Abu Mansur Muhammad ibn al-Maturidi, a famous theologian of the late 9th – early 10th centuries. It is believed that 3,000 learned theologians found their resting places in the cemetery that had been established there. That is why faithful Muslims come from all parts of the world to this mausoleum.

Abu Mansur Maturidi has founded his own school — Maturidism. Its fundamental principle is that people are given liberty of choice and that the most important thing is not ritual observance but understanding and verbal recognition of the greatness of Allah. He taught his beliefs to people who highly respected him and had many followers. The tombstone that used to stand on his grave was destroyed in the 1940s. The mausoleum also has not survived, turning into ruins as time went by.

Only in 2000, large-scale work was carried out to restore the mausoleum. The initiator was Islam Karimov, the first president of Uzbekistan. By the 1225th anniversary of the birth of Abu Mansur Maturidi, the mausoleum and the tombstone were restored, and an entire complex was created around the ancient building that occupied an area of more than a hectare. 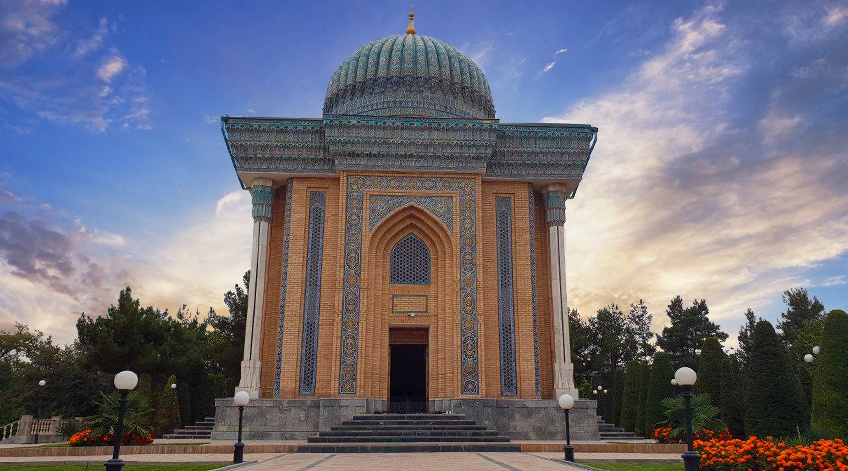 The territory of the complex consists of a cozy park zone with a mausoleum and several tombs of religious leaders in the center. The building of the mausoleum is rather high, about 15 meters. The roof is topped with a dome decorated with blue mosaics. The ribbed shape of the dome accentuates the beauty of the building in the morning sun, when sun glints are clearly seen on the edges. The dome is decorated with arches; there are 24 of them in total. Pilgrims regularly visit this complex; their number fluctuates at different time but the complex is never completely empty.

The author of the project is the architect Rakhmatullo Salakhutdinov. Well-known Samarkand masters participated in its construction who gave such a beautiful building to Samarkand. The main entrance is decorated with an ogival arch with ornament.

Whatever country your journey begins in, we at Canaan Travel are confident that Uzbekistan will become its real jewel. All the beauty of the amazing East that is glorified in legends and songs will unfold before you. We will gladly charge ourselves with organization of your vacation.