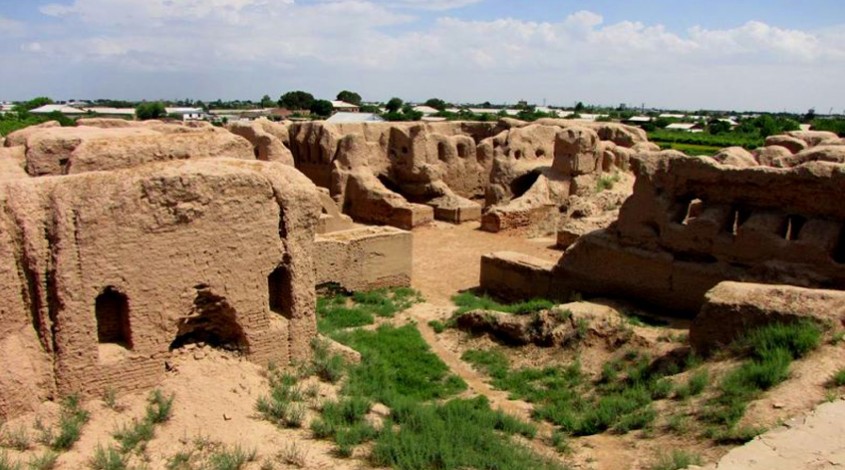 Not so far away from Karakalpakstan, one of the greatest fortresses of the region is located, which is Kyrk-Kyz-Kala of the 1-6 centuries AD. It is located 20 km to the north of the city of Beruniy. The fortress was located beyond the city and supposedly was the countryside residence of the rulers. One of the routes of the Great Silk Road used to pass this area.

The origin of the name of the attraction, which means “forty girls”, is revealed in legends created by many Central Asian folks. One of the legends states that the forty girls were the last fellow fighters of Queen Gulaim who lost all her army during the fights with invaders. The forty brave girls led by the queen prevailed, but the legends have two different endings of this tale. According to the first one, the female warriors managed to hold the line for so long that the foes had to retreat, having suffered bad losses and having been deprived of food. The other one states that the enemy commander admitted the force of the last girl during the one-on-one battle with her and left the city in peace as a sign of respect.

Other legends about the forty girls are no less interesting: forty hermits banished from other cities; forty righteous women who preferred turning to stone instead of surrendering to the foes; forty invisible patronesses. There is even a version that the Kyrgyz folk are the direct descendants of these very enigmatic forty girls. Will we ever learn the truth? We’d like to believe that we will. 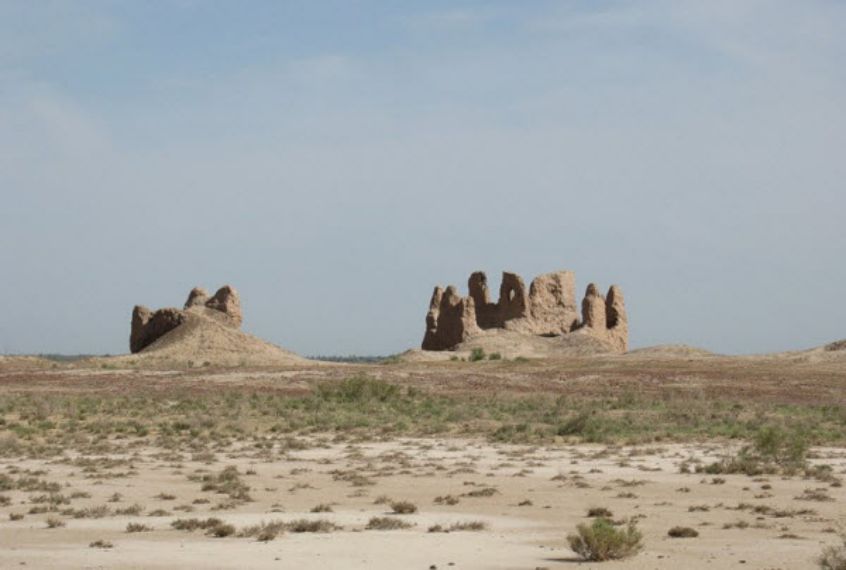 The place of interest was discovered in 1938; its shape is an almost perfect square, and it is located within the flat terrain. The scientists suppose that the fortress was built for the protection of northeastern gates of ancient Khwarasm.

Within the settlement the archeologists found various burial sites made according to the traditions of fire worshippers during several years. The human remains were placed in enormous ceramic jars, in which humans were to be buried. They were called khums and were shaped like women’s heads.

The fortress of Kyrk-Kyz-Kala was the construction similar to other local constructions, built out of air bricks with the addition of straw bricks, and the arches all over the surface were made out of burnt bricks. During the excavations the archeologists formed an opinion that the fortress used to be divided in four parts during its existence. The northwestern and the northeastern parts contained 5 rooms each joined with a single corridor, and the southwestern part, although it included the same number of rooms, had two corridors.

The southeastern part consisted of two rooms and one corridor. The other part of the residence had some kind of an admission room for dervishes where they could say prayers. The interior of the residence was not overly decorated. The elegance of the interior was achieved due to various shapes and technologies of brickwork of window apertures and archways.

Canaan Travel invites you to spend your visit to Uzbekistan, which is the descendant of the ancient culture of miraculous East keeping its mysteries for thousands of years.