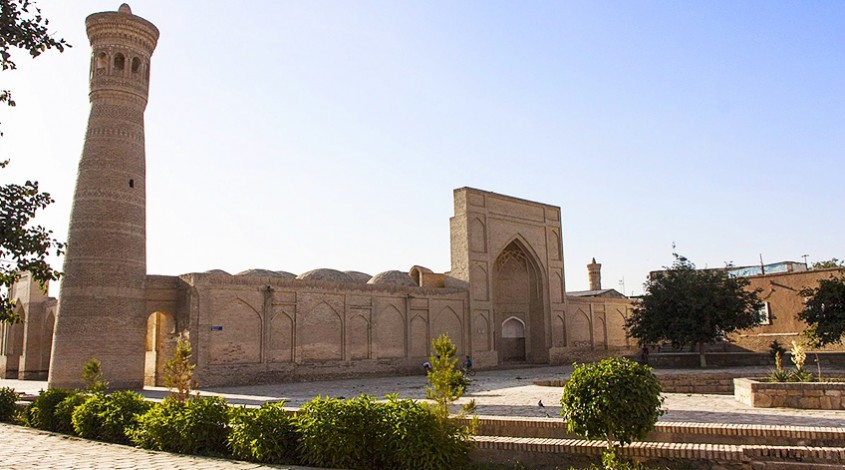 Not all architectural structures in Uzbekistan have a similar history. An example is the Ensemble of Khoja-Gaukushon, a UNESCO World Heritage Site. In was built in the 16th century in Bukhara thanks to Khoja Sa’da, an influential Djuybar Sheikh.

Previously, that square was crossed by one of numerous trade routes that ran through those lands, and the commerce was at full swing there all day. The manuscripts say that there used to be a cattle slaughterhouse on the site where the architectural ensemble is now located.

“Gaukushon” means “killing of bulls”. Khoja Sa’da laid the foundation for the construction of a madrasah there, and that was unusual for those times because creating such buildings people chose places that were in some way connected to the burial places of revered persons or historical events.

In addition, a mosque was constructed there so that not only students but also local residents and visitors who stayed nearby to have some rest could offer their prayers to the Almighty God.

Sa’da was called Khoja Kalon, “the great Khoja”. The complex was given the same name, but the name that had become usual and survived until now is Khoja-Gaukushon, which can be loosely translated as “the great slaughterer”. By the way, many slaughterers (“kasob” or “khasob”) are still highly respected because the taste of meat in food depends on how the cattle used for that meat was slaughtered. 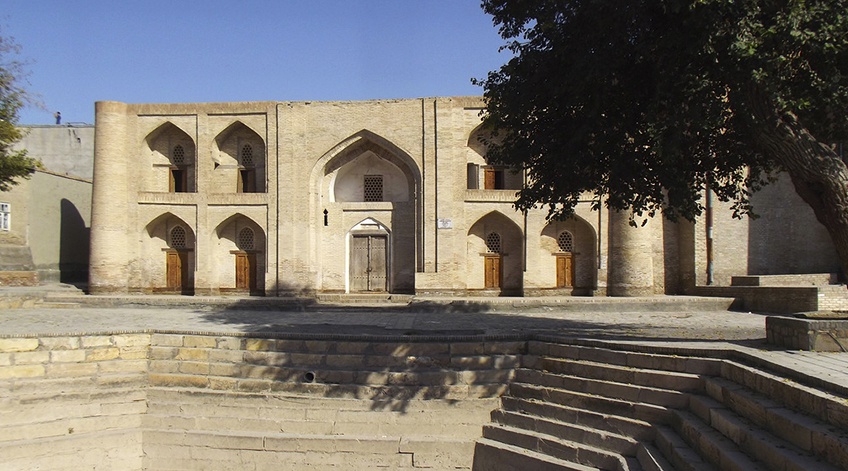 The madrasah was built in 1570 just on the fork in the road. The shape of the building resembles a trapezoid due to its location. However, the courtyard was made according to all architectural canons of that time and was not different from most similar structures.

In the madrasah, there are many rooms where students and teachers lived. The Khoja Kalon Mosque was built a bit later, in 1598. The minaret is a prominent part of the mosque. It is surpassed in height only by the Kalyan minaret located in Bukhara. By the way, both minarets are also similar in terms of architectural solutions and decoration principles of their upper parts.

As a rule, if an influential ruler started such a construction, later a member of his family was buried there. However, Khoja Sa’da was buried in the Chor-Bakr cemetery but not on the territory of the complex.

The team of Canaan Travel invites all guests of our land to get acquainted with such an unusual attraction as the Ensemble of Khoja-Gaukushon. Touch the living history of ancient Bukhara.