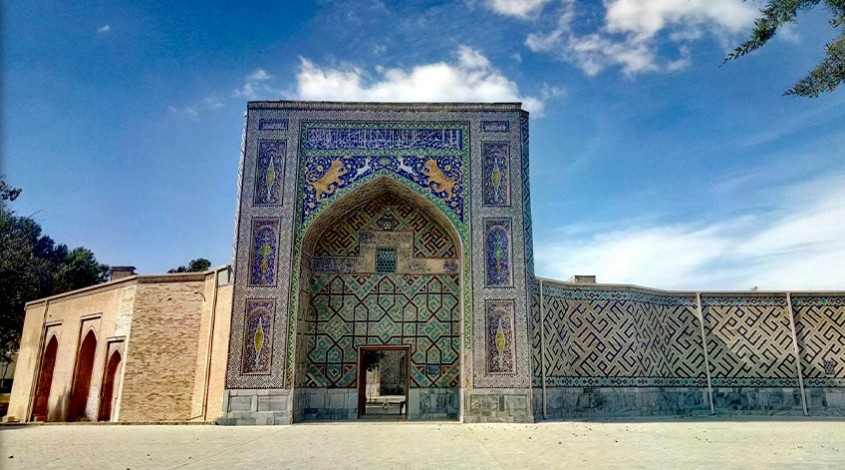 The Khodja Akhrar Ensemble located in Samarkand is especially revered by Sufi adepts. The Naqshbandiyah order was very influential in Muslim circles and was known far beyond the present borders of Uzbekistan.

Khodja Akhrar was a person with a special gift: the ability to inspire other people. Many rulers of his time respected him as a spiritual guide, and their actions were often inspired by his wisdom. Thanks to him, exorbitant taxes were abolished in the kingdom of Maverannahr; he also became a peacemaker when saved the rulers of Tashkent, Fergana, and Samarkand, who had a feud at that time, from the cruel bloodshed. He also initiated construction of several religious complexes.

In 1490, Khodja Akhrar died, and his remains were buried near Samarkand within the walls of the khanaka he had built. Since then, that place started attracting pilgrims who turned it into a place of worship. A white marble tomb bearing an epitaph — a headstone poetic inscription — was installed on the grave. 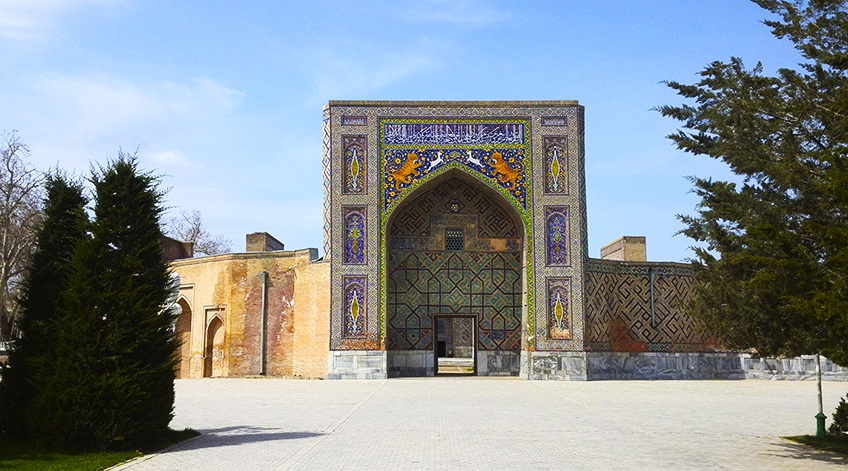 After a while, some attractions were added to the burial place by the order of Nadir Divan-begi, the ruler who lived in the 16th century. In addition to a haouz, they constructed a summer mosque, a madrassah and another iwan in the middle of the courtyard and khanaka. The complex became much bigger and was able to accommodate a large number of visitors.

With all the annexes having their own varying special forms and standards, the architects managed to create a harmonious architectural ensemble. It is one of these rare cases when asymmetric shapes and different design in the end look great.

In the late 19th century, the buildings were severely damaged by an earthquake. Parts of the complex collapsed, the main portal tilted badly, and facade and interior finish fell down. In many places, there were large cracks in the walls. Another large-scale restoration was carried out in the early 20th century. 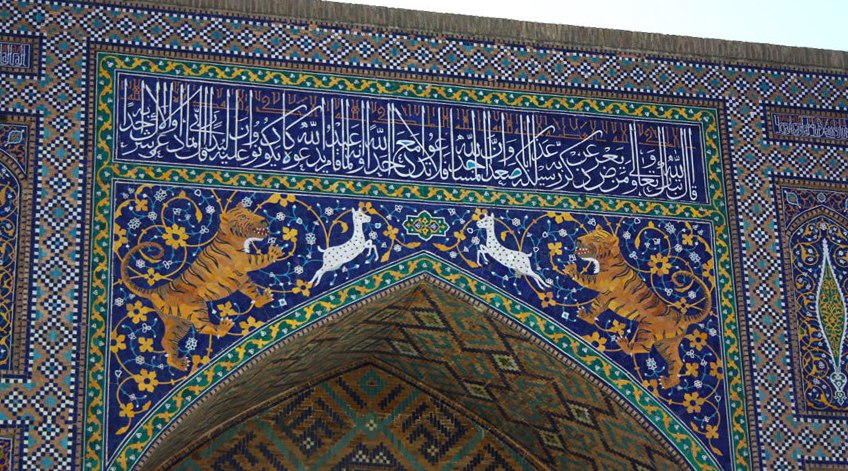 During the restoration process, several buildings were added, including a minaret and another iwan supported by pillars. The load-bearing parts of the buildings and the ornament on the walls of the portal were restored. Sometimes the Khodja Akhrar complex is called the “the mirror of Sherdor” due to the similarity of the drawings adorning the main entrances of both buildings. They show lions located on the both sides of the arch rise of the portal’s ceiling.

Today Samarkand has grown, and the Khodja-Akhrar Ensemble is located within the city. Every local resident can show you the way to this landmark. The restoration was carried out very scrupulously, each detail has been restored. Just like before, pilgrims from around the globe come to this place to pray. The ensemble also attracts tourists who like beautiful architecture and oriental flavour.

Do you want to spend an unforgettable visit to Uzbekistan? We are waiting for you at Canaan Travel!