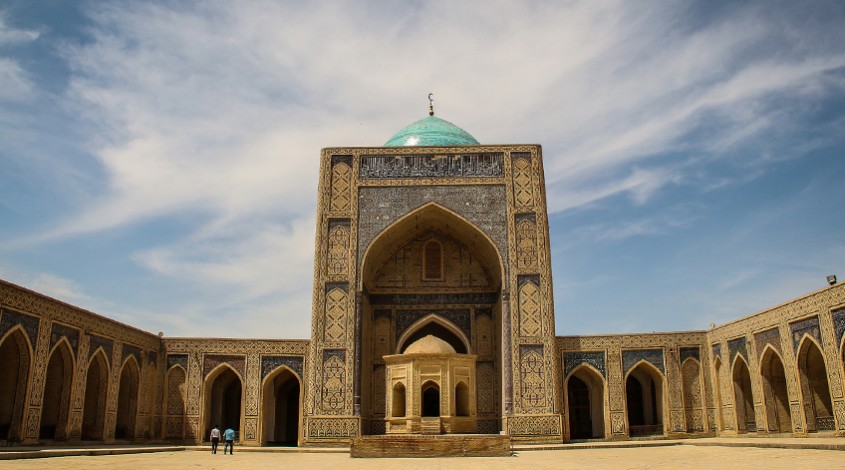 The Cathedral Mosque Kalyan standing on the ground of beautiful Bukhara guards the stone giant that is almost 47 meters in height and rose near it in the 12th century — the minaret bearing the same name. The holy shrine that had been completely destroyed by the army of Genghis Khan resurrected in the 16th century, when the Timurid dynasty ruled those lands. The architectural monument, just like the pearl of the Orient, Bukhara, has preserved its beautiful features.

The dome of the mosque supported by 208 pillars and decorated with domes like with turquoise, which rises above the buildings of the ancient city, merges with the bottomless blue sky, and it seems that together with righteous Muslims it offers prayers to the Almighty God asking for peace and tranquility. The calligraphic inscriptions with quotations from the Quran that cover the walls of the Kalyan Mosque also appeal to the best parts of human soul. These inscriptions with the words from the sacred book are like silent witnesses of history and the high skills of the masters who have created them. 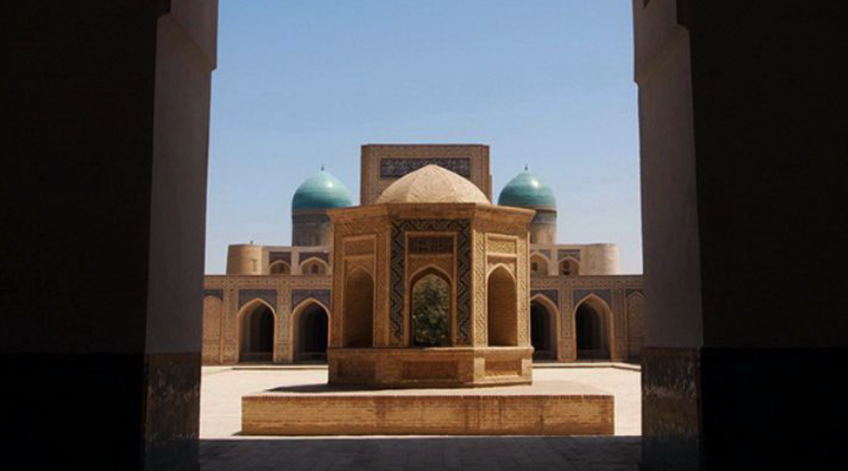 Inside the mosque, visitors, fascinated by the appearance of the attraction, find themselves in a huge courtyard with a spreading mulberry tree, which is considered a symbol of longevity and a source of vitality. Its perimeter is surrounded by the iwan. It is so large that 12 thousand persons can simultaneously pray here to Allah on the feast days or during Friday services. They repeat the sacred words spoken by the imam who during the prayer stays in the mihrab — a niche in the wall turned in the direction of Mecca.

This place is famous not only for its magnificent acoustics but also for the refined beauty of medieval patterns on its majolica, mosaics and glazed terracotta blocks, which reflect the nature of this admirable region and geometric shapes bearing hidden signs and symbols. The mihrab decorated with mosaics still carries the inscriptions made by the famous calligrapher from Bukhara who used the Nastaliq Arabic script — Bayazid al Purani.

Canaan Travel is happy to accompany the guests who aim to spend their visit in beautiful Bukhara and help them feel the charm of the ancient city with traditions and culture resembling an inexhaustible spring of Uzbekistan.