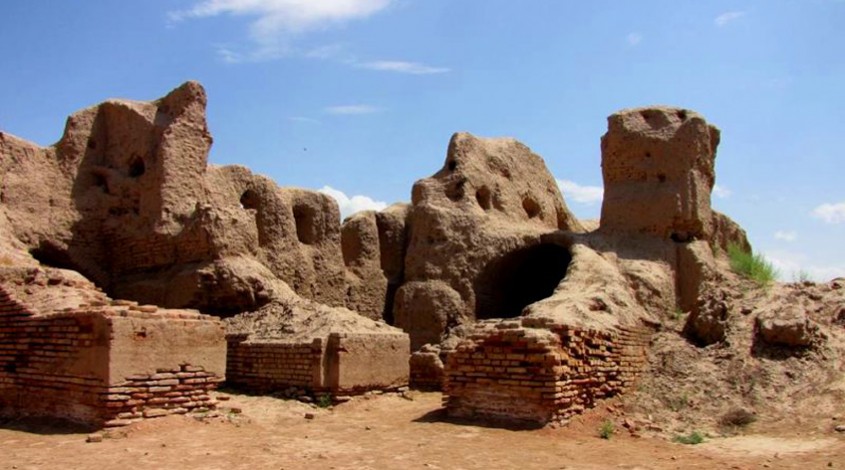 This fortress which used to look impressive is nowadays the ruins with some clear fragments upon which one can judge about the size, structure, purpose and methods of the fortress construction. The fortress is quite large (200 x 170 meters) and is of clear rectangular shape, its corners pointing strictly at North, South, West, and East. Many parts of the walls are well-preserved.

The reason that it is so well-preserves is the barchans which covered the construction with sand and therefore kept the fortress safe from the destructive winds and weather elements. The purpose of the fortress is defensive, which is indicated by many specific features of the construction, like the fortress being located in upland and the crenellated walls from which the archers shot. One more wall was located behind the main one; it was the second stronghold of fortification in case if the first wall was taken by the foes. Besides, there was a narrowing corridor with high walls beginning from the entrance in case if the foes broke the defense of the gate and broke into the internal part of the fortress; the hostile armies would just create a blockade in the narrow place which would allow the archers shoot them down from the walls. 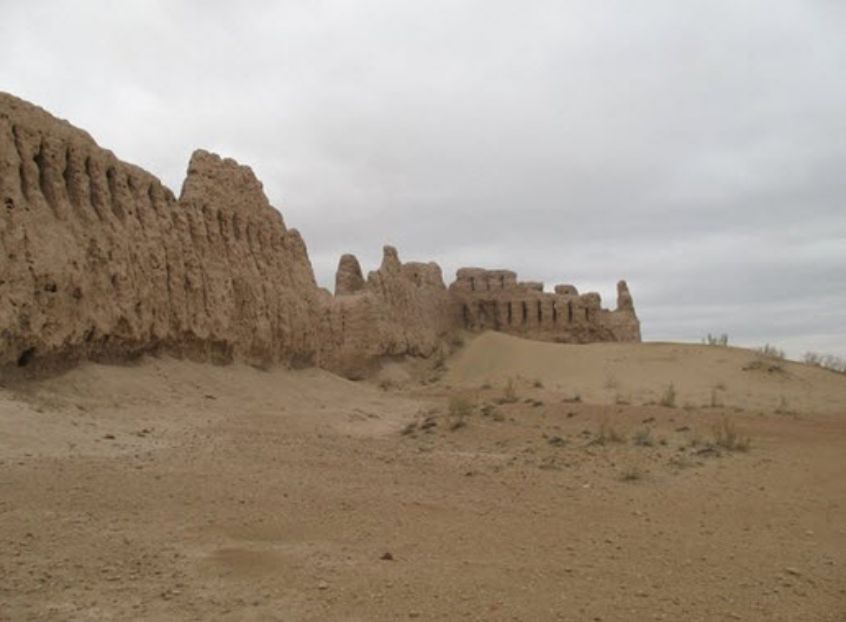 It is strange that there are no watchtowers and gun turrets in the corners of the fortress. It is an unusual feature for Asian defensive constructions, and the reason for it is unknown. There used to be many residential constructions (organized as a system of small residential areas) inside.

The archeologists found the attraction of religious purpose next to the southern gate. Most probably, the temple of fire worshippers was located there. According to some evidence found within the territory of the fortress (like many arrow heads and some weapons), in the 1st, century the final battle took place within the walls of the fortress. The foes managed to break through one of the gates with the battering ram and get inside.

The fortress fell. Some died defending it and some were enslaved. The fortress itself was not used by anybody anymore, slowly destroying and turning into what we can see by ourselves today.

The vacation in Karakalpakstan is an unforgettable journey to the ruins of ancient constructions keeping the spirit of the East. Canaan Travel recommends all guests and residents of Uzbekistan to visit these places at least once in their lives and personally see the living history.