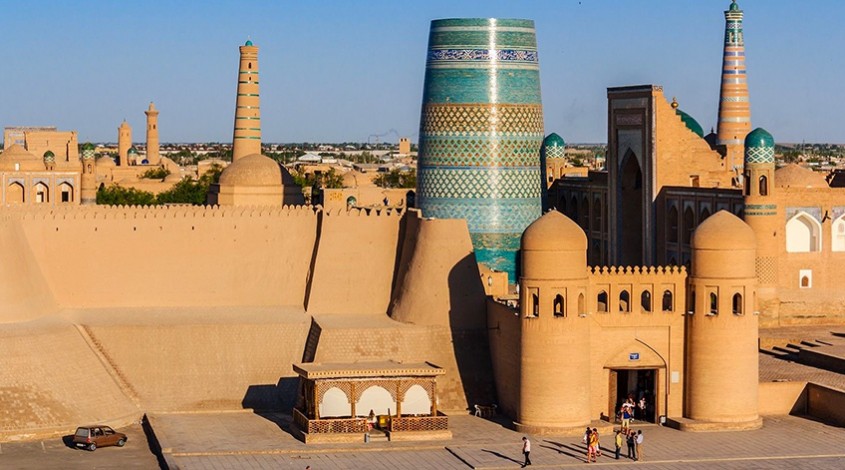 Itchan-Kala is an ancient citadel, whose walls still bear traces of 500 years of history. This is the inner part of the ancient city of Khiva. The name is literally translated as “inner circle of defense”. Like many Oriental cities, in ancient times, Khiva was divided into two parts, separated by fortifications.

The outer circle of the defense was located on a larger territory. Itchan-Kala occupies 26 hectares and is rightfully considered a conservancy; this status was obtained by old Khiva in 1968.

The defensive fortification has been well preserved. The legendary Kheivak Well remained here, where, according to legend, Biblical Shem found rest and quenched his thirst. The walls of the fortress stretch along the perimeter for over 2 kilometers. The height of 10 meters was enough to defend the city from unwelcome guests. Every 30 meters the wall has small domed fortifications with loopholes for archers. Also, along the entire edge of the wall, there are toothed ledges. 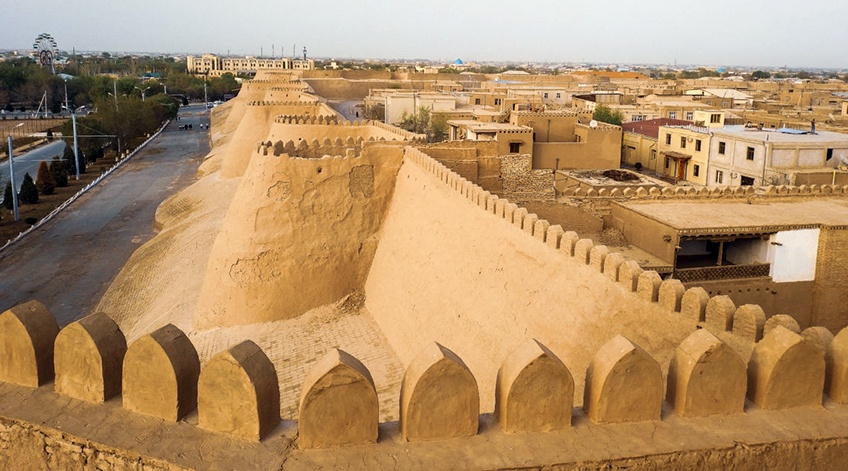 This helped to shoot at the enemy effectively, while staying in a hideout. The approaches were protected by a trench filled with water. In some areas near the wall you can still see traces of these trenches. There are no more traces left on the northern and western sides; now there is new asphalt in place of the ditches.

The clay wall that protected the city had several gates. They were also part of the defensive fortification. The remaining gates have traces of strike towers on both sides of the arch with observation platforms above them. The passage was made in the form of a long corridor with domes. It is well preserved in Koy-Darwaza.

The clay used for the construction of the fortress was taken a couple of kilometers away from Itchan-Kala, in Govuk-Kul. Nowadays, the lake is located there. Apparently, it was formed in the cavity of an ancient clay pit. The lake is considered sacred. By the way, the clay there is of really high quality, and potters are still famous for their skill in making products from it. 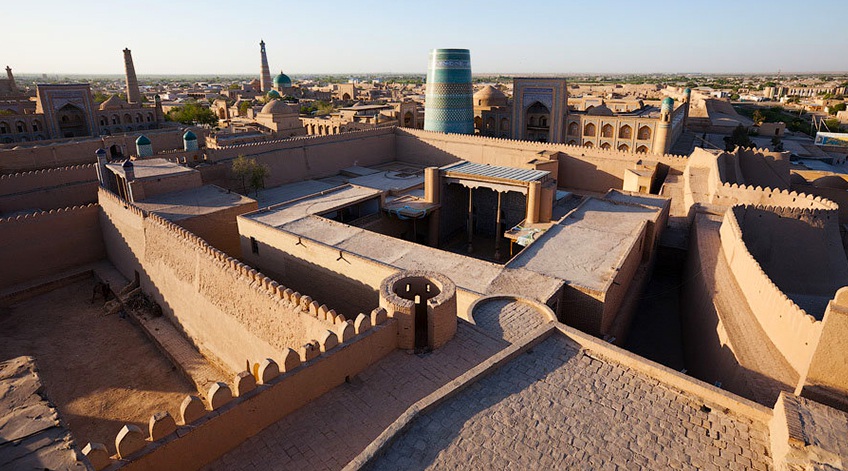 Many of the attractions in Itchan-Kala have reached our days in excellent condition. This allows you to easily imagine what most large Central Asian cities looked like in ancient times. The gates from all four compass points, through which the main roads lead to the city, also preserved: Bagcha-Darwaza in the north, Palvan-Darwaza in the east, Tash-Darwaza in the south, and Ata-Darwaza in the west. The city has a high-density development, as its territory is relatively small.

A vast number of mosques, madrassahs, and mausoleums are dynamically changing each other along the tourist routes. If you go up to the roof of any of the buildings, you will see a maze of bell minarets of different heights, shapes, and designs. Most of them are painted with cold muted tones, but with a very intricate combination and ornament. This is what makes Khiva different from other Oriental cities – its own style. Itchan-Kala is a vivid example of this.

Canaan Travel invites all travelers heading to Uzbekistan to visit Khiva, the whole city center of which is included in the UNESCO World Heritage List.