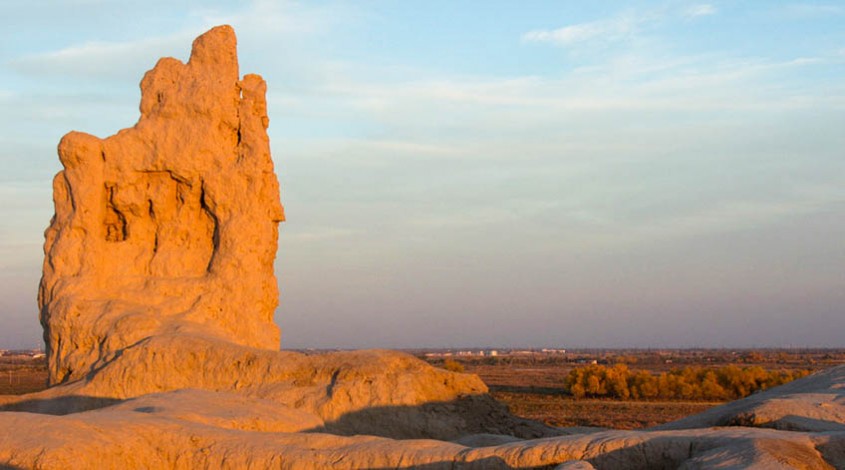 Gyaur-Kala is another fortress in Karakalpakstan. It is located near the city of Khodjeyli, on the right side of the Amudarya River. This fortress is ancient; according to the calculations of the scientists, it was constructed in the 4th century BC. The period of the fortress’s establishment took place during the development of this trade direction, which was one of the routes of the Greak Silk Road. Zoroastrianism was especially developed during this period, which is approved by some special features of the site’s construction.

From the very beginning the purpose of the fortress was strategic. This is a fortified construction which had the palace for the ruler to rest, the attraction for the military heads to live and the strengthened walls guarding the residents from the foes’ onslaughts. Such constructions can often be encountered along the routes of the Great Silk Road, but their fortification is more often much weaker. And in Gyaur-Kala all might of the stronghold is still seen.

The city existed for quite a long time, most probably because of its location at the trade route. Even during the period of being conquered by the Arabs, this fortress withstood a siege for more than a year. The impenetrable walls could not be taken by the Arabian army. Later, when the fortress did fall, the Arabs forcibly Islamized all the population, and those who opposed were killed.

By the way, professing Christianity or Judaism was not prohibited; it was merely subject to tax. But regarding Zoroastrianism tough measures were taken. This is partly due to the fact that the teaching of the fire worshippers discouraged other religions, and the opposition to Islamization was strong.

Despite this all, Gyaur-Kala was not destroyed by the Arabs. Only during the period of the Mongolian conquest Juchi, one of the sons of Genghis Khan, ordered to turn this place to dust. But even after great destructions, Zoroastrian writings being destroyed and this religion being displaced within the region a great deal of artifacts and information about that period was kept. 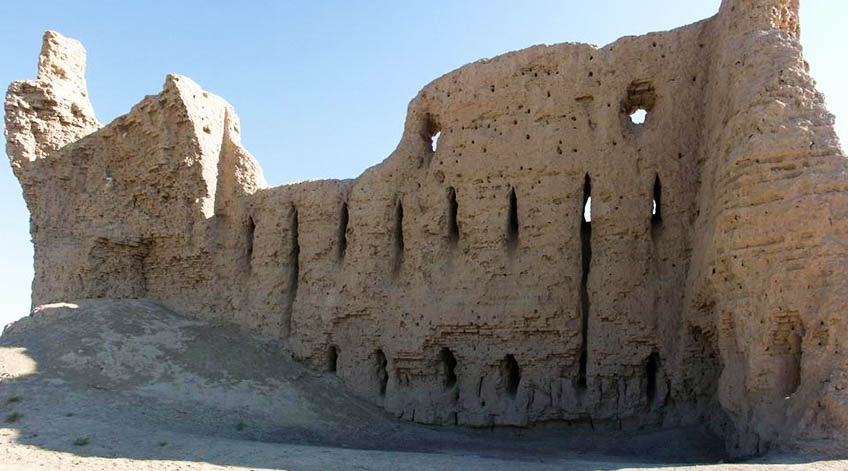 The fortress inherited its name from the Arabs. Gyaur-Kala literally means “the Fortress of the Unfaithful”. The outline of the fortress’s towers approves its military purpose. Fire, the symbol of the religion, used to burn on its tops. The fortress did not serve as an ordinary shelter for the travelers and was not just a city. The scientists tend to believe that its purpose was solely military. Considering the fact that, according to the assessment performed by historians, Zoroastrianism originated here, the followers protected it till the last breath.

After its devastation part of the residents who managed to avoid the reprisal went to the neighboring lands and founded a new city there. There are some more fortresses with the same name. One of them is located within the territory of Uzbekistan and two are in Turkmenistan, but mostly craftspeople and agriculture workers lived there.

Canaan Travel invites all the travelers to visit Uzbekistan, the magic land of the legends of the East and marvelous historical monuments.