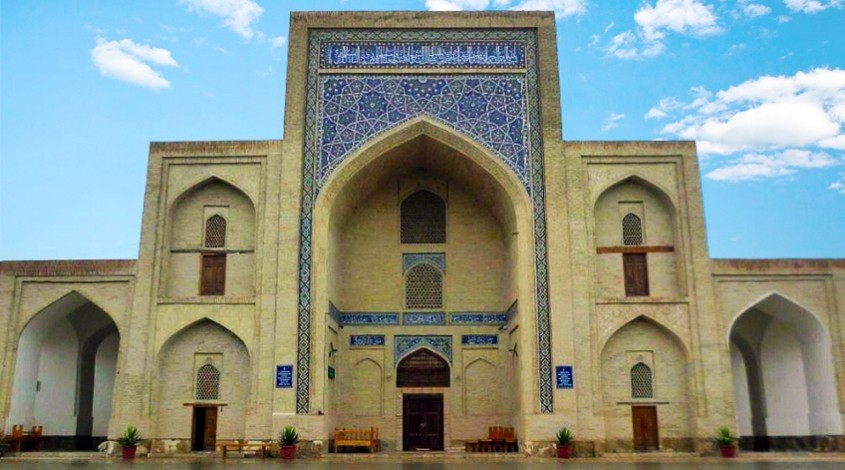 Faizabad Khanaka is a very picturesque place in Bukhara. This attraction was built in 1599. Construction was initiated by Sufi Mavlon Poyanda-Mohammad Akhsy Faizobodi. This is a unique building with the noble history. The mosque was used for five daily prayers, for the Friday prayer and other ritual events. The meetings of Sufis were also held there. The doors of the mosque were always open for dervishes who wandered across the eastern lands. Due to that fact, the senior servants of the mosque (ishans) were well known in the Oriental world and highly respected. It is no wonder that ishans had a huge number of disciples and followers.

Sufi Faizobodi was a famous person who founded the Faizabad Sufi center. After his death in 1601, his family was highly respected until the establishment of the Soviet rule in Uzbekistan. The idea to build a mosque was strongly supported by the government. Though relatively small, the building was rather durable. 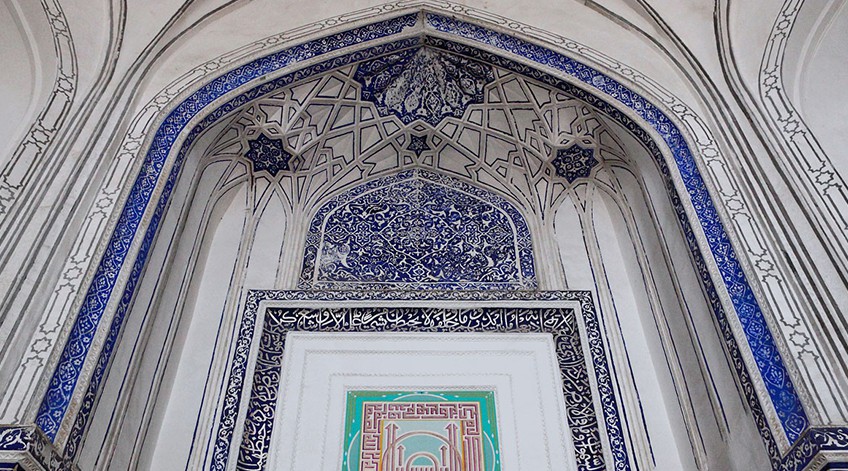 Burnt bricks laid in the traditional style, archways, simple geometric shapes of oriental architecture indicate that the best masters had their hand in constructing of the building. An ornate pattern consisting of flowers and inscriptions written in the Arabic script runs along the contour of the arches made in dark blue and blue shades like an endless ribbon.

The solemn style of the mosque’s decoration is felt in the main hall topped with a domed ceiling that is also decorated with ornaments. Two-color patterns adorn carved plaster. Arch-shaped galleries pierce the building from both sides. The mihrab indicates the direction towards holy Mecca for the worshippers. Hujras, small rooms where dervishes could find shelter, are located in three floors along the perimeter. The noble shades of the decoration are as good as the colors used in the design of the palaces of that time — here you see the same exquisite balance without frills and insistent tones. While in this mosque, travellers feel calm and take their mind off all vanities of the world. There is a special pacifying atmosphere in the building.

The team of Canaan Travel invites visitors from around the globe to visit Uzbekistan, a country of ancient eastern cities where sciences and amazing monuments were born. Nowadays, in the pearl of this land, in peri Bukhara, only legends remind us about wandering dervishes, but every traveler can walk along the same streets where ascetic monks passed and find shelter in hotels located near ancient monuments. History is what is left behind but its spirit still lives in these places. Do not miss the opportunity to touch it.