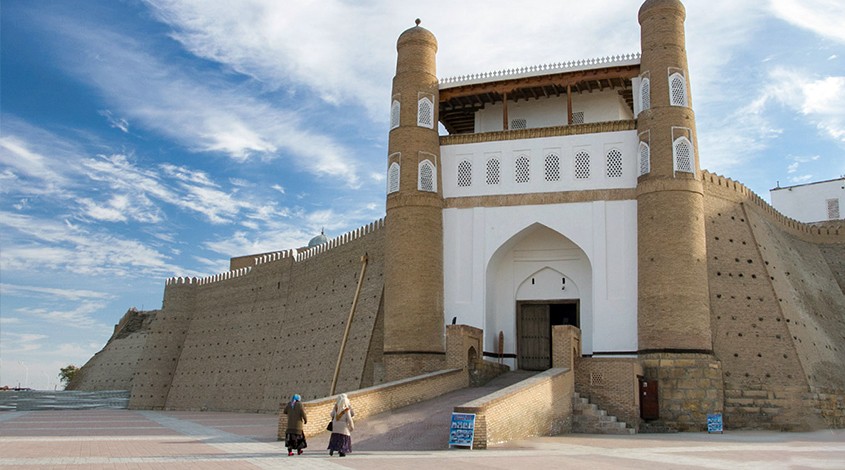 The Ark Citadel rose as a 20-meter giant above the holy land of Bukhara in the 4th century BC. According to one of the legends the ancient city is full of, it was founded by Siyâvash, a mythical price of Persia. On the advice of sages, the architectural monument was built on seven pillars located opposite one another resembling to the constellation Ursa Major.

The architectural monument, one of the major jewels of Bukhara, has seen a great deal in its long time — it was destroyed and rose from the ashes again. Despite all that, it remained the stronghold on power and greatness of the emirs ruling these lands for centuries. In the Middle Ages, distinguished sons of these lands, Rudaki and Avicenna, and later Omar Khayyam, were born and worked in the citadel. Today, the guests visiting this ancient land hurry to touch its centuries-old history the walls of the Ark, a real town in the historical centre of Bukhara, are filled with. There was everything necessary for an ancient city:

Magical Bukhara managed to retain for us the memory about those times through the centuries. Here the guests of Uzbekistan are greeted by the carved wooden 12th century Western Gates with two towers that you can still see today. 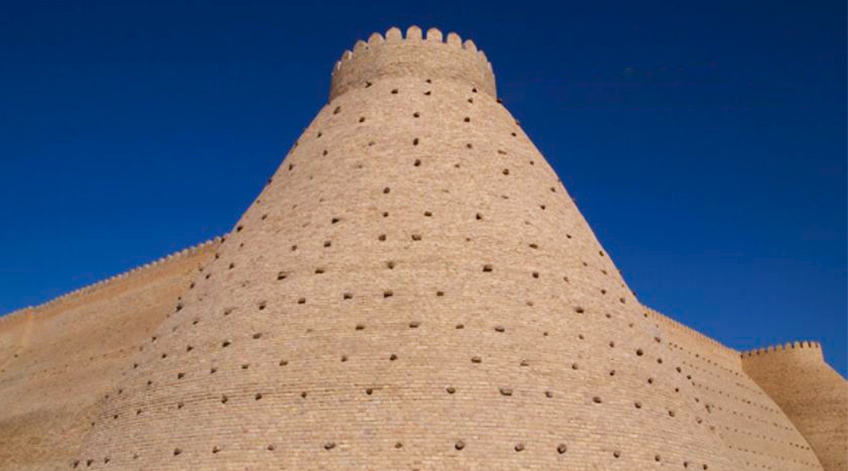 However, the most interesting thing awaits travelers inside the fortress, which today has become one of the main attractions of the city. In the western part, there is one of the three mosques that used to be there — the Juma Cathedral Mosque, erected here in the 18th century.

At the State Architectural Art Museum-Reserve located within the walls of the Ark, the pages of the past come alive just in front of travelers. An incredible and rich exposition of artifacts and antiquities collected here by learned scholars of this blessed land is amazing. The following sections help to get acquainted with the history of this place:

The team of Canaan Travel is proud to acquaint the guests of Bukhara with the living history of Uzbekistan and the heritage of all humankind — the Ark Citadel.