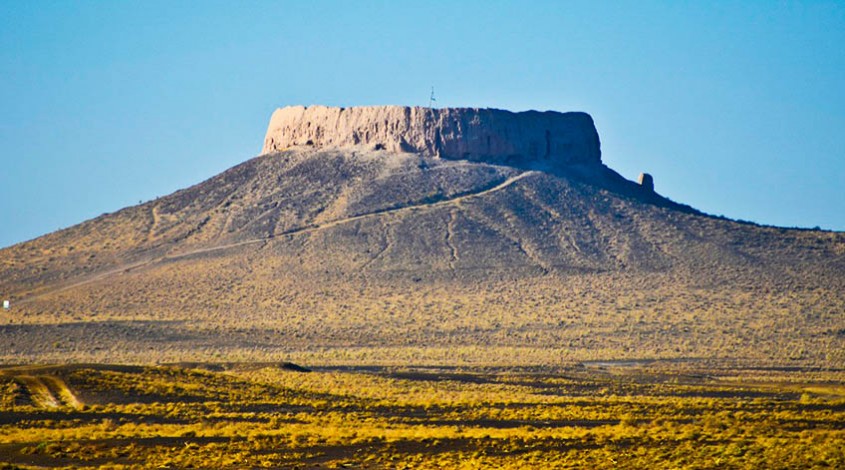 Chilpyk-Kala is one of the most ancient Zoroastrian sites in Karakalpakstan. For more than 2,200 years (according to historians and archeologists) it has been standing in the middle of the desert. It is only 43 kilometers away from Nukus and therefore is quite popular among tourists. The place of interest is indeed unique and unusual. Located right next to the Nukus-Urgench highway, the hill with the tower is seen from far way. The hill is not too high, but, considering attraction being located in the barren landscape, the view from it is open in all directions. The valley of Amudarya is spread before your yes, and right behind it there is the settlement of Kipchak and border with Turkmenistan. From the southeast the Karatau mountain ridge is seen well.

The Tower of Silence is another name of the Chilpyk-Kala hill. This is the ancient site of burial according to the Zoroastrian traditions. The bodies of the dead were placed at the top of this hill before being buried. Later, when only bones were left of them, everything was placed into special vessels (ossuaries) and dug into the ground. According to the beliefs of the Zoroastrians, the ground was not to be befouled with decaying bodies. The ossuaries were the jar-like vessels or clay chests. Most often, after the remains were places in the vessels, they were sealed with clay, but some had kind of clay covers.

At the top of the hill there are many tracks of archeological excavations, alcoves and small grottos. The found artifacts are now kept in the museum of Savitsky in Nukus and museums of Tashkent. 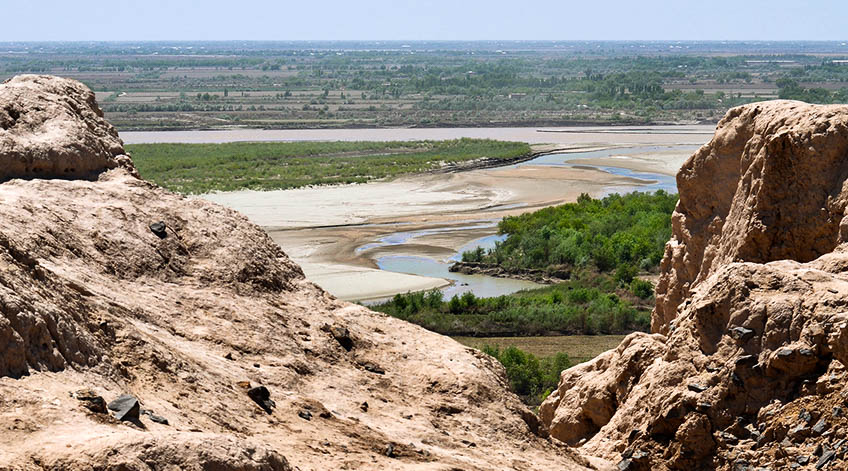 In the 6th century, after the arrival of Arabs to these lands, Zoroastrianism was superseded by Islam. The tower was reconstructed and strengthened. It underwent the second reconstruction in the 20th century, during the period of the Khwarasm Khanate prosperity. According to the scientists, the tower played the role of a code beacon and a defensive fortification.

Some more similar constructions are located within Karakalpakstan and Khwarasm region, but they all have the outline of fortress walls which were preserved quite well, and their purpose is obvious. And Chilpyk-Kala was constructed as a clay wall circling the top of the hill without clear fortress outline. The place kept its sacral image.

The wall slowly devolves, washed out by weather elements. The sand fill at the bottom of the wall (some kind of foundation or site for steady location of the wall) can be seen now. Earlier the stairs cut right out of soil led to the top, and now there is a concrete line of stairs from the very base of the hill. At the beginning of the way two yurts where you can rest after the summer heat, satisfy your thirst or pray wait for tourists. The old Aqsaqal is ready to read a prayer to those of faith. In the middle of the way there is a pavilion where elderly people can stop and catch their breath. 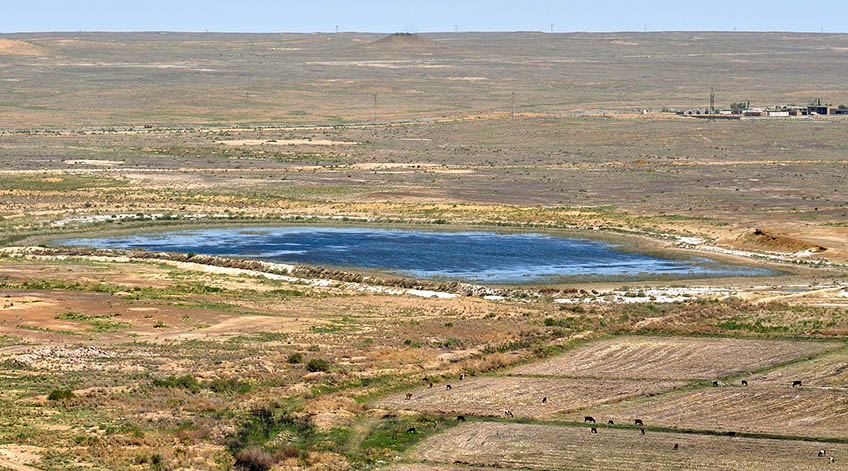 The remains of the stone slab onto which the bodies were placed stayed at the top, and a little bit higher there is the geodesic tripod. Remarkably, this tripod was taken fancy to, and now it is covered in pieces of fabric from top to bottom like a wishing tree; people tie them to it, hoping that their biggest dreams would come true.

The best time to attend this place is in the morning and until noon. During this time the sun is not as hot, the air is cooler and the ascent is easier for people with weak health. But the most picturesque time is the end of the day, when the Amudarya River glitters with the sunset colors and the plain gains unusual yellowish orange color. Another hill, Karatobe, is located next to Chiplyk-Kala. It is of no interest, but it can be a good orienting point for self-standing tourists.

Canaan Travel will help you visit the marvelous picturesque places of Uzbekistan and will do everything for you to remember the journey across this land for a long time.