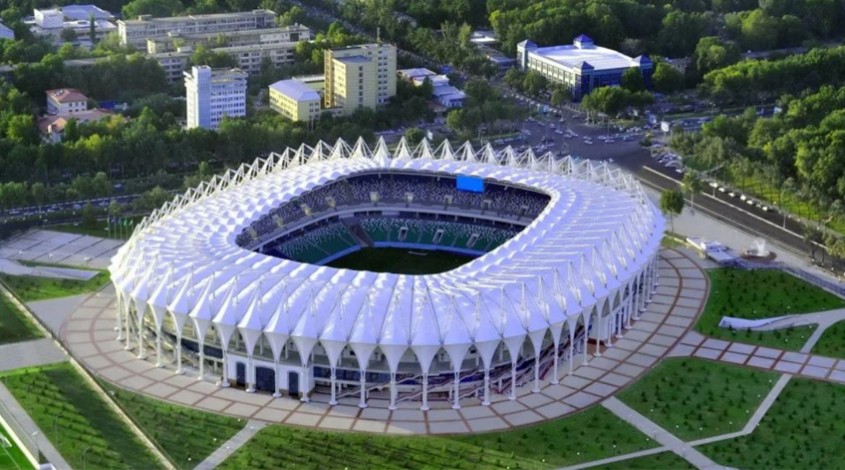 Bunyodkor Stadium is one of the newest and largest sports facilities in the country. There are many stadiums and sports complexes in the capital, as well as an institute of physical education and an Olympic reserve college. They have common tasks, namely to attract young people to a healthy lifestyle and promote love of sports. The names of domestic athletes on the world stage became more and more frequently heard, and the collection of gold medals brought by athletes to Uzbekistan is replenished.

In order to make the level of training under world standards, it was decided to rebuild one of the stadiums of the country, using modern norms and technologies. In 2009, the construction of the new stadium on the site of the old MHSK Stadium in the Chilanzar District began there. Joan Laporta, the current president of Barcelona football club, took part in laying the foundation of this grand building. Construction lasted 3 years, until the fall of 2012. President of Uzbekistan Islam Karimov personally attended the opening. The opening date of the stadium is symbolic — exactly 100 years ago, a football movement started in Uzbekistan.

In addition to the performance of pop stars, there was a friendly match on the opening day between Bunyodkor and Pakhtakor, the two largest football clubs in the capital. In 2013, the first international match took place there — the national team of Uzbekistan defeated the national team of Lebanon. After that, the stadium became some kind of “home” for the national team, intercepting this right from the larger Pakhtakor stadium. 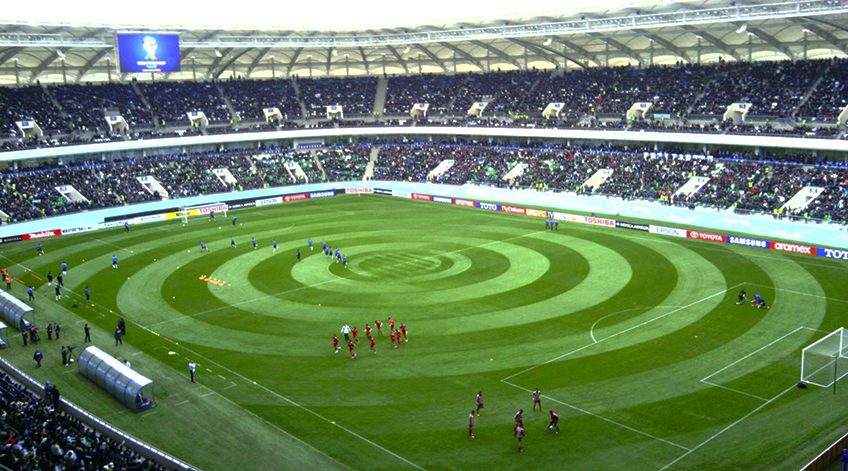 The stadium takes second place after Pakhtakor in the country in terms of capacity. On its territory of 56 hectares, Bunyodkor Stadium has seats for 34,000 spectators. The two-story structure is divided into sectors, including catering points, a swimming pool, a football school for children and adolescents and even fitness centers. Besides, the Museum of the History of Football of Uzbekistan is also located here.

There are also many places for wheelchair users. Two huge monitors broadcast matches and competitions. The parking lot is organized directly under the stadium.

In accordance with world standards, the main field is 105 by 68 meters. Modern drainage and heating of the coating create the most comfortable conditions for athletes at any time of the year. In addition to the main field, there are 7 more football fields. 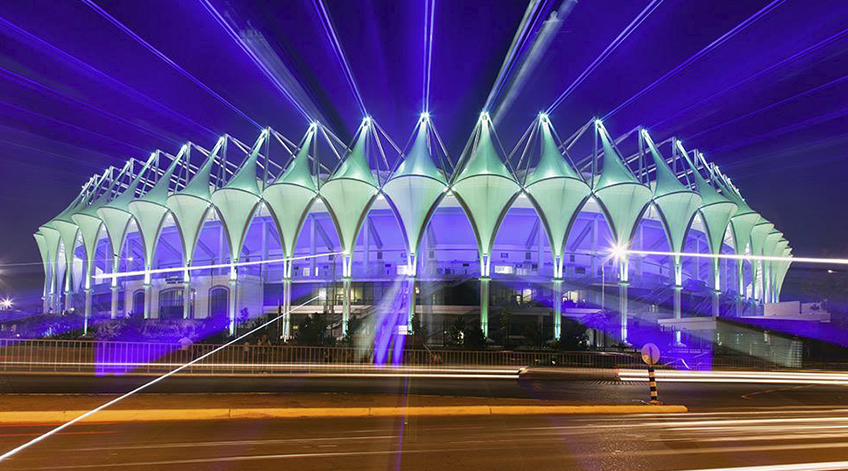 Today, all the iconic matches of Uzbekistan are held at the Bunyodkor stadium, which leads to an increase in interest in it from the guests of the capital. Modern trainers, lighting, equipment make this stadium the best in the country.

The decorative lighting system worth noting too. In the evening, this stadium is perfectly visible even from the board of the plane. The dome above the tribunes made of a special material that not only protects fans from precipitation, but also diffuses light well. This lighting system of the facade was named as “Flame of the East”.

Canaan Travel suggests you to get acquainted with this attraction during your visit to Tashkent.