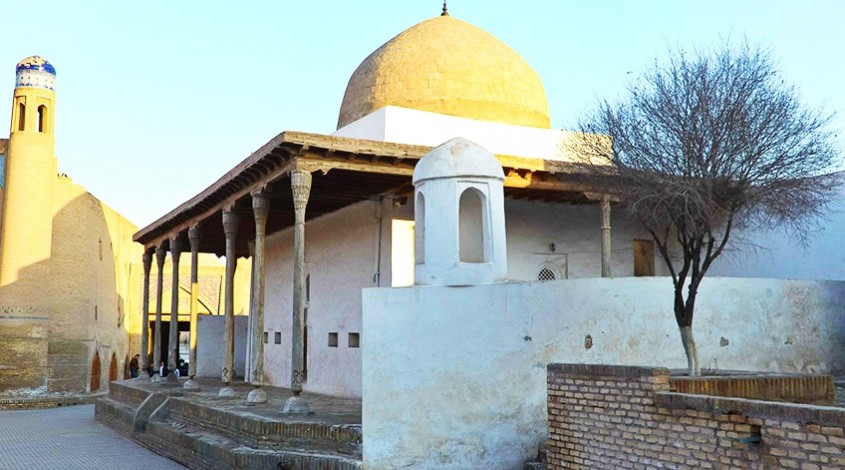 Ak Mosque, whose name translates as a “White Mosque”, is a Khiva’s bright sight. Traditionally, mosques were built in residential areas of Oriental cities. It was a one-story building, most often with an open courtyard and closed rooms for visiting Friday prayers. Usually, large mosques had a minaret, from where muezzin called the believers to prayer and reminded of the time of prayer 5 times a day.

The Ak Mosque is just the place for the daily fivefold prayer. This attraction is located near one of the gates of Khiva, Palvan-Darwaza.

Architecture of the building differs from standard mosques. It was built not at once, but in several stages. In the XVI century, Khan Anush organized the construction of the bathhouse and simultaneously laid the foundation of the future mosque. It was completed much later in the period from 1838 to 1842 by the Kungrad Dynasty.

This is evidenced by the inscription at the entrance to the Mosque, which is embossed on the doors. There are also the names of the craftsmen who performed the skillful woodcarving, Kalandar and Nur Muhammad. A small dome hall, separating three galleries from each other, is located in the center. There are no bright elements in the Mosque, everything is made in strict tones. 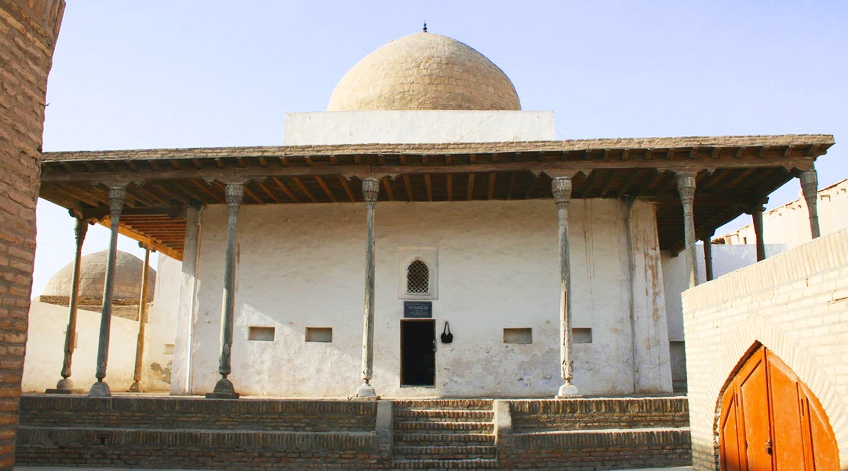 The most catchy are the carved patterns on the doors and windows. Gypsum grids in window openings are made with geometric ornament. For the convenience of those praying in the south wing, there is a mihrab that indicates the direction to Mecca. The dome itself is white, and its shape is close to spherical. The walls are also white in color and plastered with gypsum solution. The three sides of the room are framed by an iwan, a canopy supported by wooden columns. The niches in the walls of the Mosque are also plastered with gypsum and are arrow-shaped.

Both inside and outside of the Mosque are made in white shades. This greatly distinguishes it from all the buildings of Khiva. There are no luxury or no celestial domes; this modest building was designed to serve only one purpose – the unity of believers with Allah. Geometric patterns on the walls, intertwined with Arabic script, complement the spiritual purpose of the building.

Scientists believe that the building was rebuilt on the site of an earlier mosque, and for this reason the Mosque played a dominant role for the city clergy. It is also associated with the name of the Mosque – the “white” mosque is called not only because of its snow-white design, but also because of its special status.

Canaan Travel invites you to fabulous Uzbekistan and its amazing ancient cities. Rest here will help you open the veil of mysteries of the magical East.