Thousand and One Nights of Uzbekistan

Uzbekistan is the country on the territory of which the largest city-states and influential khanates were known throughout the continent. During its development, the governors of ancient towns, always tried to perpetuate their own names and leave cultural heritage in the form of architecture and monuments for the descendants. Many architectures have been survived to our times. Nowadays, they have become available for visiting and viewing during the tour “In the country of thousand and one nights”.

During the tour, a trip and sightseeing will take place in five major historical cities: Tashkent, Nukus, Khiva, Bukhara and Samarkand.

In Tashkent, the viewing of ‘Hast-i-Imam’ Square will be organized, where the Quran of the 7th century, ‘Hazrat Imam’ ensemble and ‘Barak Khana’ Madrassah are treasured. Furthermore, the visit modern architectures – ‘Independence’ Square, ‘Amir Timur’ Square, Theatre Square, as well as metro with its unique architecture.

During the tour in the city of Nukus, a hike is organized in such areas as the Museum named after Savitsky, Karavan shed ‘Nazlikhan Sulu’ and other large fortresses, madrasahs and mausoleums.

After visiting the city of Nukus in the same Karakalpakstan, you can see the remains of the fortifications of the Kushan culture period, which date back to the 3rd-2nd centuries BC, in the terrain of Ayaz-Kala.

After Ayaz-Kala, it is time to visit the city-museum Khiva. This city, like no other, can convey the whole atmosphere of the medieval East, as it contains the whole city of ancient minarets, mosques, mausoleums and fortresses.

Bukhara is the next pearl city in the program. This city has a unique but recognizable beauty due to such sights as the ‘Kalyan’ Mosque and Minaret, the ‘Lyabi-Khauz’ ensemble and the ‘Ulugbek’ Madrassah. In addition, there are many other interesting historical monuments in Bukhara.

Definitely, the tour will not be handled without visiting the majestic city of Samarkand and Shakhrisabz. In Shakhrisabz, you can get impressions from the gardens, vineyards and ensembles of mausoleums. And in the city of Samarkand, you can closely study the majestic madrasahs on ‘Registan’ Square, which have become a heritage of UNESCO, visit the tomb of the great commander Amir Timur, see the ‘Ulugbek’ observatory and other historical architectures.

During the tour ‘In the country of thousand and one nights’, there is a wonderful opportunity to plunge into the culture of the East and get wonderful impressions.

Arrival in Tashkent
Meeting at the airport with “Canaan Travel” desk
Meeting with guide and driver
Tour around Tashkent
A tour of the capital of Uzbekistan will take its start from the religious center of modern Tashkent – Hast-i-Imam Square, where you can see the ancient manuscripts of Central Asia – the 7th century Qur’an of Osman. The Hast-i-Imam ensemble was formed at the grave of the famous scientist, Koran scholar and hadith, poet and artisan Khazret Imam. The next visit to our program is the functioning Madrassah Kukeldash – this is one of the largest and surviving madrasahs in Central Asia, which is located in the most ancient part of Tashkent near the Chorsu square.

Breakfast in the hotel
Meeting with Guide and driver
The beginning of the Tour to Nukus
Visiting the museum named after I.V. Savitsky. The museum holds the second largest collection of Russian avant-garde art in the world and exposition of applied art of Karakalpakstan, collected by the Russian artist and patron of art I.V. Savitsky. Departure to Muynak (150 km – 3h) Visit to the cemetery of ships and the ‘Aral Sea’ Museum.

Overnight at the Hotel

Breakfast in the hotel

Tour around Khiva: Fortress Kunya-Ark “city in the city. Here were the Khan’s mosque, the residence of the khan, the supreme court, the khan’s reception room-the chicken khan, the powder factory, the mint, the harem, the kitchens, the stables, the guardhouse, etc. In the southern part of the chicken khan was the throne room with the two-columned aivan (terrace). In the middle of the hall was a yurt, during receptions the khan sat at her. Ivan was decorated with a blue-white-blue majolica with a delightful ornament.

Multicolumn mosque ‘Juma’. The mosque was built in the 10th century, it has 212 carved wooden columns. She accommodated all the men of the city who came to her on Friday worship.

The Minaret of Islam-Khoja. The complex of Pakhlavan Mahmud is the burial place of a well-known poet in Khorezm, who was considered the patron of Khiva. The main hall of the mausoleum served as the tomb of the Khiva khans.

Overnight at the hotel

Breakfast in the hotel.
The passage to Khiva through ‘Kyzylkum’ desert (Red Sands). (480 km. 6-8 h). Photo-stop at the Amu-Darya River. Rest in a teahouse in the desert.

Arrival in Bukhara.
Dinner. Overnight at the hotel

Breakfast in the hotel

Meeting with the guide

Tour around Bukhara. Your journey begins with a visit to the ‘Lyabi-Hauz’ Ensemble. This is one of the central squares of the city of Bukhara, an architectural ensemble created in the 16th-17th centuries. The square is formed by the buildings of the Kukeldash Madrasah, the Diwan-Begi Madrassah and the Diwan-Begi Khanaki, grouped around the Nodir-Begi Hole. Madrassah Kukeldash – the largest madrasah in Bukhara,‘Ulugbek’ Madrasah – the only building left from the times of the famous “scientist on the throne” of Ulugbek. Kalyan Minaret, without which it is impossible to imagine the silhouette of Bukhara.

Next to the minaret is the ‘Kalyan’ Minaret without which it is impossible to imagine the silhouette of Bukhara. Next to the minaret is ‘Kalyan’ Mosque and the Muslim spiritual school – ‘Mir-i-Arab’ madrasah that is acting from the 16th century to the present day.The Ark Citadel, ‘Bolo Hauz’ Mosque, domed trading buildings- ‘taki I tymi’. The mausoleum of Ismail Samani is the oldest surviving building of Central Asia. Mausoleum of Chashma Ayub (“The Source of Job”). The legend of the monument is connected with the prophet Job (Ayub).

Early breakfast at the hotel.
Moving from Bukhara to Shakhrisabz (267 km) – 4 hours.
City Tour.
The city of Shakhrisabz, is translated as “Green City”. It is really wallow in the greens of gardens and vineyards. Shakhrisabz – one of the oldest cities in Uzbekistan – fascinates guests from afar. Especially at night, from the ‘Takhta-Karacha’ mountain pass you can see the multicolored scattering of its lights, there is an involuntary feeling that you are standing on the threshold of the eastern fairy tale.

Shakhrisabz is the birthplace of Amir Temur. There are not so many historical monuments preserved in Shakhrisabz, but all of them are unique or have colossal historical value. The most famous landmark of Shakhrisabz is the palace of Timur Ak-Saray. No less interesting is the ensemble of the mausoleum ‘Dorus-Siadat-crypt Jahangir and Omar’ (the sons of Timur), which is comparable in scale and finishing to Ak-Sarai and the Dorut-Tilyavat ensemble, the mausoleum of the spiritual mentor Timur Shamsiddin Kulol.

Transfer from Shakhrisabz to Samarkand (85 km) – 1 hour 40 min.
Transfer to the hotel.
Night at the hotel.

Breakfast in the hotel
Meeting with the guide
Tour around Samarkand:
Registan Square is surrounded with beautiful buildings from three sides: ‘Ulugbek’ madrasah, ‘Sher-dor’ madrasah and ‘Till-Kari’ madrassah. All these three madrasahs are directed with the portals to the middle of the square and form united ensemble composition. Each building is distinguished by its unusual decor – a pattern of stone on the walls and portals. The blue domes above the madrasah are made with burnt bricks, and glazed tiles adorn them from the outside, it shines brightly in the sun.

Dinner
The ‘Bibi-khanum’ mosque. A beautiful legend is connected with the ‘Bibi-Khanum’ mosque. According to which the formidable governor built a mosque for his beloved wife Bibi-Khanum. After a successful trip to India, Timur decided to build the largest building in the East. Shining walls, significant minarets, extensive portal of the mosque, carved with marble, glorified the name of Timur and his beloved wife.

Breakfast at the hotel.
Check-out from the hotel.
Meeting with the driver and guide.
Continuation of the tour around Samarkand.
Ensemble of ‘Shokh-i-Zinda’. The ‘Shokh-i-Zinda’ ensemble consists of eleven mausoleums, which were joined to each other in sequence during the XIV-XV centuries. This unique and mysterious ensemble is located near the ancient settlement ‘Afrasiab’. The ensemble is also called ‘Cemetery Street’. The blue domes of the mausoleums, rushing the chain into the far, look like a graceful necklace from a bird’s eye view.

Dinner
Ulugbek Observatory. The ‘Ulugbek’ Observatory is a vivid confirmation of the significant development of architecture, science and culture in Central Asia in the XIV-XV centuries. The visit of the ‘Koni Gil’ village, a workshop for the production of silk paper from the bark of the mulberry tree. Master Class.

Transfer to the train station in Tashkent by Afrosiyab high-speed train.
Arrival in Tashkent. Check in the hotel.
Overnight at the Hotel.

Breakfast in the hotel
Tour around Tashkent:
Brekfast in the hotel
Tour around Tashkent:
The tour of the capital of Uzbekistan will take its start from the religious center of modern Tashkent – Hast-i-Imam Square, where you can see the ancient manuscripts of Central Asia – the 7th century Qur’an of Osman. The Hast-i-Imam ensemble was formed at the grave of the famous scientist, Koran scholar and hadith, poet and artisan Khazret Imam. The next visit

to the functioning Madrassah ‘Kukeldash’- one of the largest madrasahs existing in our days in Central Asia. This madrasah is located near the Chorsu square in the historical part of Tashkent. 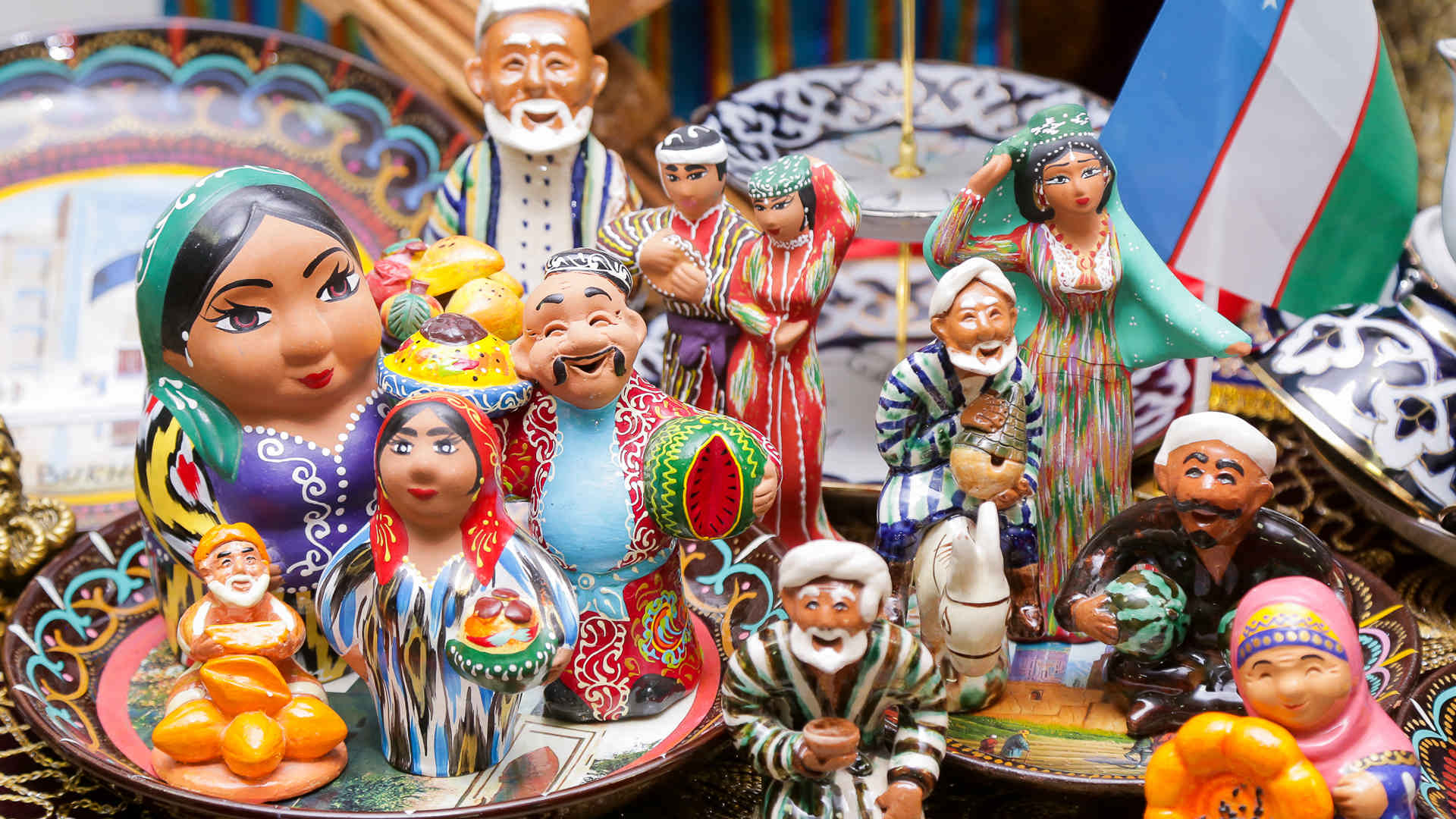 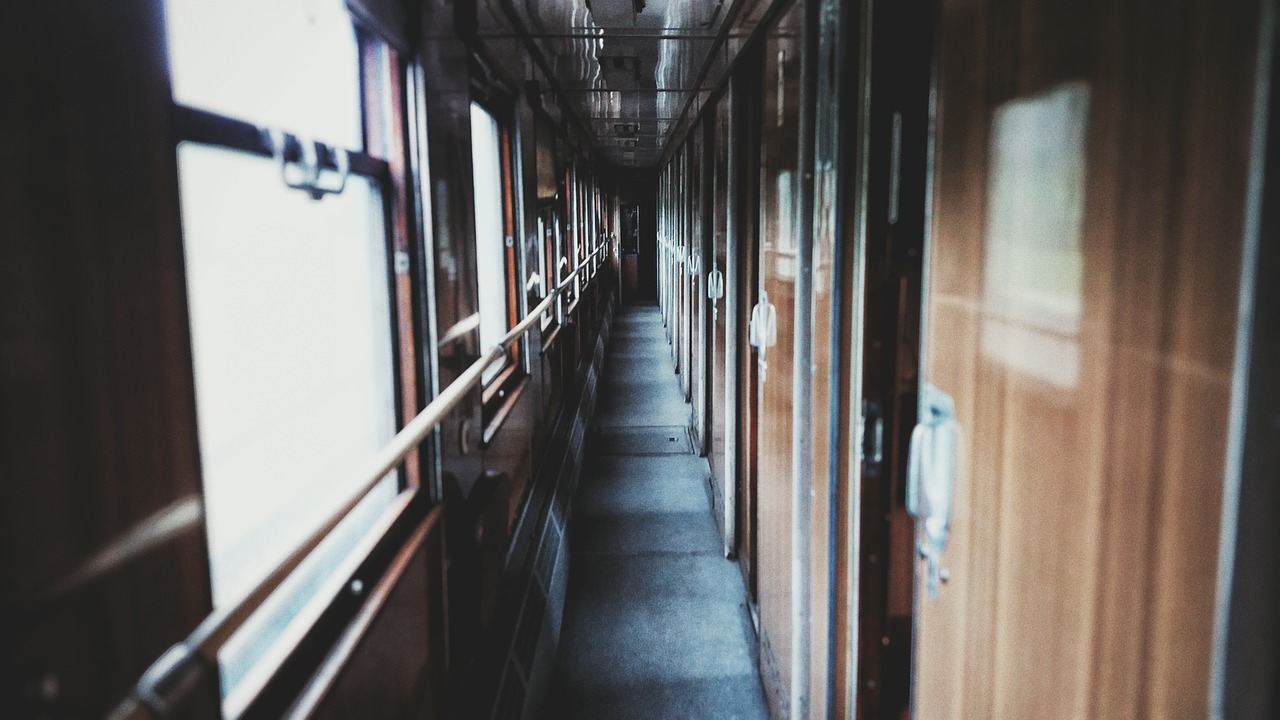