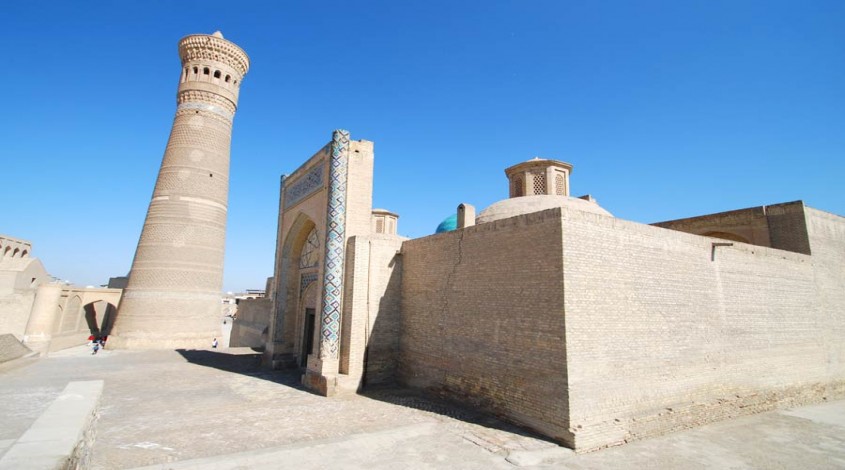 An ancient minaret, preserved in its original form in Bukhara and built in 1127. There are several legends associated with this minaret, as well as with the whole complex. Here are some of the most popular and entertaining. Everything begins from the very construction of the minaret. In fact, there already was one minaret (and by some rumors there were more) that fell.

It was established in the east that the order of the khan was to be executed without any justification. Therefore, the architects were executed regularly, since no one could manage to build everything so that nothing collapsed. So there was one dare devil who promised to build the highest minaret in the east. They say that for the foundation he used plaster and milk of camels. But due to the fact that it took time to fully solidify the structure and set the maximum strength, otherwise the minaret would collapse, and the Khan would not wait, the architect fled in an unknown direction and hid for a long time, so that he would not be executed.

After returning, he continued construction and now this minaret is the visiting card of the beautiful Bukhara. The architect passed his skills on to the disciples and many minarets were built after his death. The architect was called Usto Baki. It is said that his grave is in one of the nearest blocks. And one more legend, according to which the area under the minaret was called the area of death, and the minaret of the Tower of Death itself. It used to be said that once this place was the place of public executions of a bloodthirsty khan. And one day, the Khan was angry with one of his wives for some kind of fault, and ordered her to be executed, pushing her from the minaret. However, the legend turned out to be a happy ending. The wife was smart enough and asked the shah to allow her to dress up in any outfit. As a result, she was dressed for all her dresses and lush skirts. And just as the shah’s servants pushed from the minaret, the dresses opened wide as a parachute dome and the woman smoothly landed at the foot of the tower without any scratch. Khan was so scared of this that he did not dare even raise his voice to his wife.