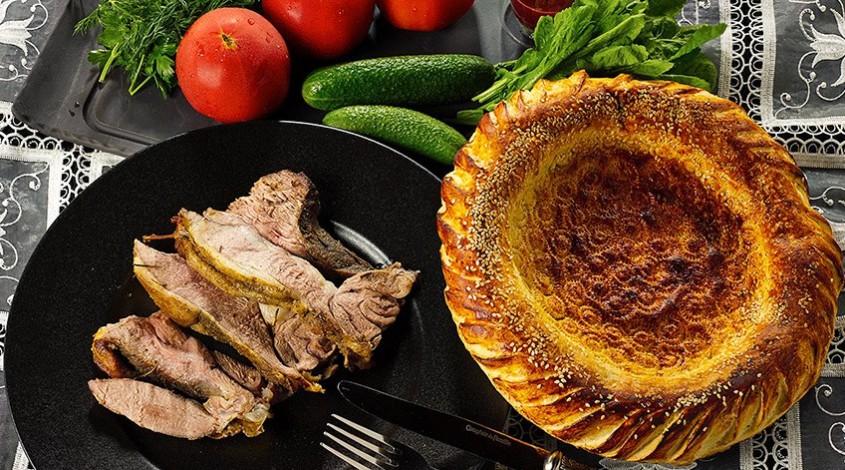 Tandoor-meat is one of the most popular dishes in Uzbekistan. There are many variations of the recipe for this dish; they all have their own characteristics. The tandor-meat is prepared in a special oven, the tandoor, and served hot. It is believed that it is in the Kashkadarya region that the best meat in the world is prepared.

The dish consists of meat (mainly lamb), branches of juniper and many seasonings. It is best to take a lamb of fat tail breed, such meat has a softer, juicy and fatty consistency.

The history of the emergence of tandor-meat is not exactly known, but the dish is still a favorite of meat products in Uzbekistan. In modern conditions, it can be cooked in a conventional oven, but gourmets do not consider such a tandoor to be completely authentic.

Cooking takes a lot of time, but the result will please you with its taste.

Tandor-meat in Uzbekistan is prepared using the following ingredients: 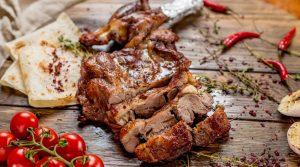 You can also add hot pepper, garlic, onion and cilantro up to taste.

How to make tandor-meat in a modern way

To make tandor-meat at home, follow the steps below: 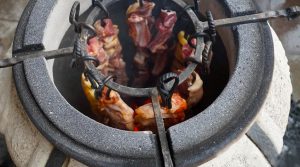 If you want to cook a dish in the Uzbek tandoor, then follow the first two steps, and then do the following:

You can eat tandor-meat both hot and cold. True connoisseurs of Uzbek cuisine claim that a cold dish tastes much better, but of course you decide.