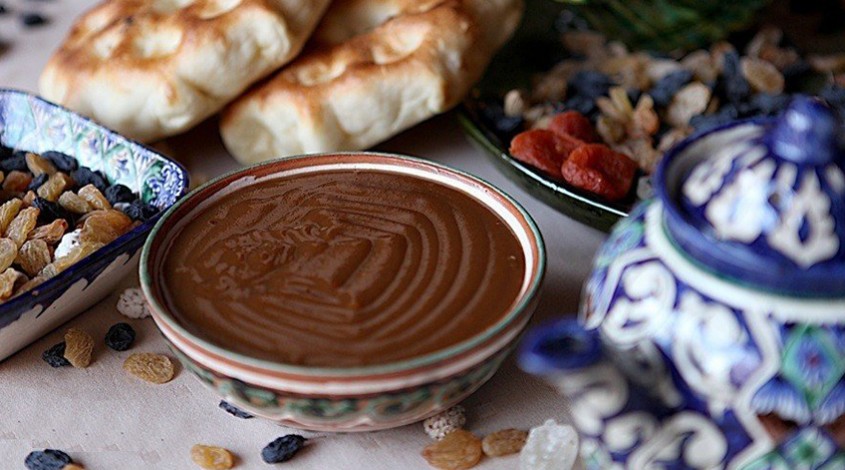 Sumalak is a tasty and healthy dish, which, according to the residents of Central Asia, gives cheerfulness lost during the whole winter. The dish is served during Navruz (national holiday of spring arrival).
Why the dish is called so — it is difficult to say. In the ancient Turkic language the word is translated as “steamed wheat flour”.

The story of the emergence of sumalak

There are many stories about the appearance of the dish and it is difficult to say which of them is true. One of them says that the first dish was prepared during the siege of the city on the Bank of Ceyhun (the second river in length in Central Asia. Today is called Amu Darya). When stocks of food were over and there was only a little damp wheat, the commanders ordered to cook it in a large pot. The soldiers tasted an inescapable brew and felt an unusual surge of strength, one after another beat off the enemy’s attacks and in the end — won it.

Another legend says that the dish appeared when the main human activity was agriculture. Because of the severe cold came lean year, and to hold out until spring, had to collect sprouted wheat grains and cook soup from what is. In this way, people were able to hold out until spring. Sumalak increases cheerfulness and mood, so with the arrival of spring, people quickly planted wheat and replenished stocks for the winter.

There is another legend of the appearance of the dish: once upon a time a poor family was preparing for sowing and moistened wheat grains. Everything went according to plan, but the weather suddenly deteriorated. The farmer was upset, canceled sowing and asked his wife to cook porridge from these grains.

Preparation of wheat for sumalak

This is the most important part in the preparation of sumalak. Wheat begin to prepare 14 days before cooking. To prepare sumalak, you must:

When the seeds begin to germinate, they must be ground. To do this, you can use a meat grinder. Next, the ground wheat is washed with water 3-4 times, filtered through gauze and squeezed. 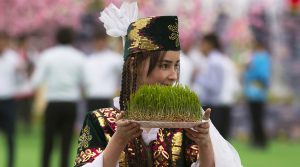 Place for germination of wheat should be chosen so that the sprouts do not get direct sunlight, but it was warm

How to cook a dish in Uzbekistan

Preparation of sumalak — a ritual before the spring sowing. Local residents use sprouted wheat grains, grind them and cook in a boiler. It’s not as easy as it seems: you only need to use cotton oil and add wheat flour. The process itself lasts 20-24 hours.

The preparation of sumalak is accompanied by songs, dances and jokes. Before use, the dish is cooled. It is believed that so sumalak is endowed with special powers.

Interesting fact. During the preparation of sumalak, small stones are added to the boiler. Of course, there is no need. This is done to avoid burning dishes at the bottom of the cauldron.
Uzbeks say that if you come across a stone while eating — you need to make a wish and it will come true

How to cook sumalak at home?

The recipe is not complicated. The dish includes: 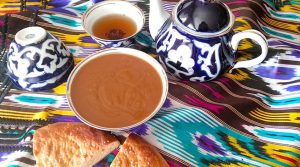 First of all, warm up the dishes, pour the cotton oil and bring it to a boil (but do not boil). Pour the flour into the oil (in parts) and begin to mix the contents to stir all the lumps. Wait until the dish boils and thickens. To dish is not burnt to the dishes, it is recommended to put small stones on the bottom of the dish.

Now add walnuts and taste the dish. If there is bitterness, continue cooking and add water. The finished dish looks caramel in color, sweet in taste and thick. Sumalak needs a little brew and cool down before use.