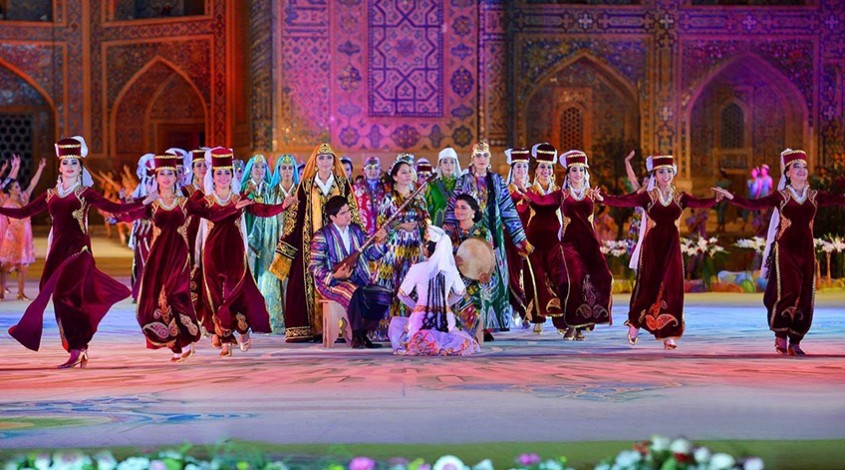 This is one of the most unusual and largest music shows in Uzbekistan. It is held every two years and yes, in 2019 there will be an event! Translated from Uzbek, “Sharq Taronalari” means “Melody of the Winds”. It is held on the central square of Samarkand – Registan.

Initially, the purpose of the festival was to preserve musical traditions not only of Uzbekistan, but also of all peoples of the world. The festival became very popular and in 2015 was included in the list of cultural events of UNESCO.

Why exactly in Registan?

The event is held in Registan for a reason: it is the heart of the legendary Samarkand, through which the Great Silk Road passed. And there is also very beautiful architecture and palaces. 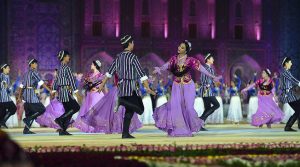 Samarkand was the capital of the great empire of Tamerlane, so the best scientists, public figures and poets came here since ancient times, who sang the great deeds of the people.

The accumulation of the most prominent cultural figures survived centuries later, and even today many talented singers, dancers and musicians live here. So it is not surprising that the best music festival is held here, in the heart of Samarkand.

About the participants of the festival

Festival participants are guests from all over the world. The best collectives from different countries come here to acquaint the guests of the festival with the work of their people. Many guests hear about this city for the first time, so local residents conduct excursions and tell the history of Samarkand, which is more than 27 centuries old! During the tour, guests can: 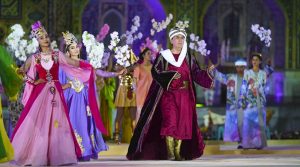 Yes, do not think that the festival is not large-scale and a small stage is being set up on Registan Square. The organizers of the festival make every effort to ensure that the scale of the festival amazes any guest: they install the best decorations, a large stage surrounded by architectural structures, equip a place for exhibitions, an art bazaar, points of sale of national clothes and musical instruments.

Simply put, the organizers do everything possible and work out every detail so that the next Shark Taronalari will be remembered for a long time by the guests. 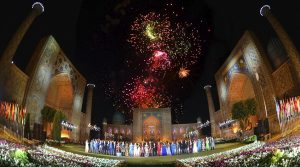 The festival ends late at night and is accompanied by a massive fireworks display that illuminates all guests.

Let’s see how the festival will surprise its guests in the new year, for this, book tours to Uzbekistan on Canaan Travel!