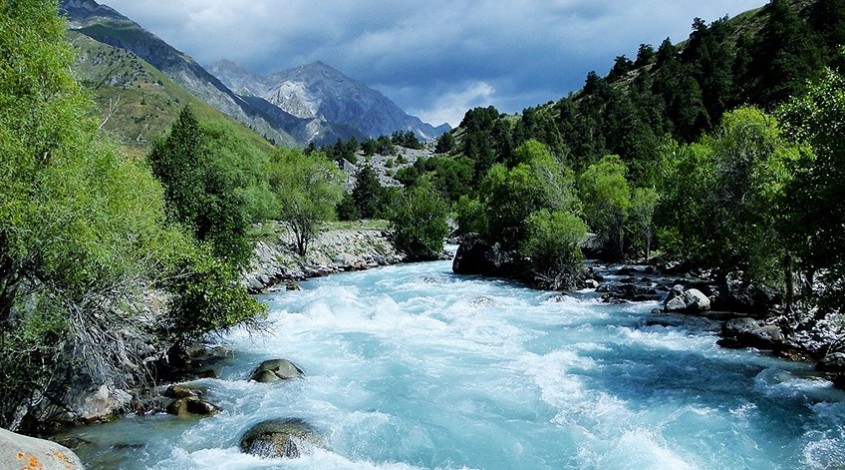 The abundance of reservoirs played an important role in the formation of the Uzbek people: think about how agriculture would develop and where would merchant ships go if there were no rivers in this country?

The largest rivers of Uzbekistan

There are three main rivers in the country: Amu Darya, Syr Darya and Zeravshan.

The name of the river was formed as a result of combining two words: “Amu” (from the name of the city) and “Darya” (translated as “river”).

In ancient times, the river was called differently, but nowadays only the tributary of the river is called: Vakhsh (in honor of the name of the goddess of water), Rakh, Aranha, Okuz, Oksho, etc.

The Amu Darya is the deepest river in all of Asia, which flows simultaneously in Tajikistan, Afghanistan, Uzbekistan and Turkmenistan. From Turkmenistan it flows into the Aral Sea. 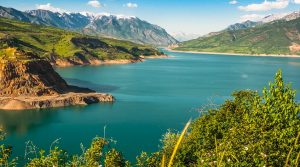 Once upon a time, a lot of ships went along the Amu Darya River, but today this method of movement is practically not used (though, small vessels can still be seen). Now local residents use the river for other purposes: for fishing, generating electricity at hydroelectric power stations and irrigating fields.

The Amu Darya water reserves are used very actively, therefore the water practically does not reach the Aral Sea and it gradually dries up.

An interesting fact about the river: on its sides many cities and small settlements were built, but due to changes in the course of the reservoir, they were all flooded.
Today, near the river there are such cities as: Termez, Turkmenabad, Urgench and Nukus.

The Syr Darya is the longest in Central Asia. Just imagine, the length of the river is about 2200 km! It occurs simultaneously in four countries: Uzbekistan, Kyrgyzstan, Tajikistan and Kazakhstan.

It originates in the Ferghana Valley, in the place where the Kyrgyz rivers Naryn and Kara Darya merge. So the river flows through part of Tajikistan and re-enters Uzbekistan. Most of the river flows in Kazakhstan (almost 2,000 km) and then flows into the Small Aral.

The river had many names. Their main ones are Tanais, Yaksart (translated as “Pearl River“). The most interesting thing is that scientists are still arguing about the origin of the modern name. Most scholars are inclined to believe that the river was named after the Turkic tribe, which lived on the shore. 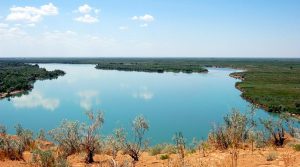 The Syr Darya is winding, so the water from the river is used in agriculture to irrigate plantations and fields. Locals grow rice and gourds.

In addition to irrigating fields and plantations, artificial reservoirs and hydroelectric power stations have been created in the Syr Darya.

In 1969, the dam was not able to withstand floods on the Chadarya Reservoir, so the engineers decided to divert part of the waters to the Anasay lowland. Thus, another lake was formed in Uzbekistan.

Zeravshan (or Zareshvan) is much smaller than the Amu Darya and Syr Darya, but plays an equally important role in the development of the country. The length of the river is 880 km. It flows in Tajikistan and Uzbekistan.

Translated from Persian, the name of the river means “gold-bearing.” Like other rivers, this is not the only name: the ancient Greeks called it Politimet (in the lane “meaningful”), the Chinese inhabitants called us (in the lane “Noble or revered”).

In ancient times, the river was even more important than the Syr Darya, from which it flows. The proof of this is the formation of Samarkand and Bukhara near the river, which are the main tourist destinations today. According to historical information, on the banks of the river, there was a settlement of people of the Neolithic age of Zamanbab and the city of Sarazm, from which only ruins remained (now the ruins of the city are included in the UNESCO World Heritage List).

The main use of river water is – land irrigation. Zeravshan literally “feeds” the country’s population: water allows you to irrigate about 560 thousand hectares of land.
Like other large reservoirs of Uzbekistan, hydroelectric power plants were built on the river. 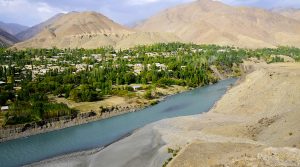 What rivers are still worth seeing in the country?

The country has many rivers that pass through several countries at the same time. Almost all rivers replenish their reserves by melting mountain glaciers and snow.

Rivers in Uzbekistan played an important role in the development of the country, and even now they can generate electricity, raise fish and, most importantly, irrigate huge plantations and fields with agricultural crops.