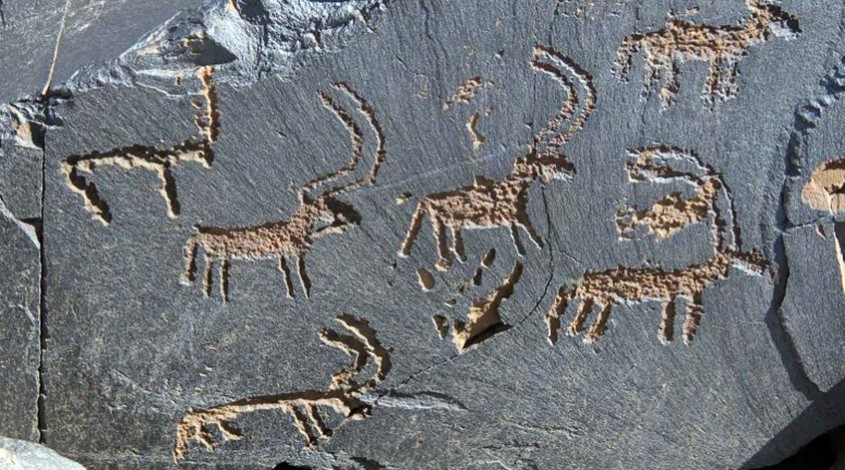 Petroglyphs are called rock images of the Paleolithic period. Scientists believe that most of them ritual inscriptions of ancient shamans, but is it true or not — hard to say.

Just imagine, one can personally see the petroglyphs created by people thousands of years ago.

Information about the petroglyphs

Petroglyphs were carved on the rocks. Scientists classify them in the following way: funeral, memorial, and symbolic. Even today, petroglyphs are important: they help to study the life of ancient settlements, their culture, get information about religion.

Ancient settlements carved on rocks different images. The earliest petroglyphs depict animals: bull, deer, wild boar, horse. On the most ancient wall drawings depict those animals that had been gone long before.

The later petroglyphs depict the details of people’s life: hunting, rituals, battles. These images on the rocks give a detailed idea of the history of those times, the appearance of pets, religion, and weapons for hunting.

Just imagine how much effort and patience it took ancient people to carve rock images without any tools. Petroglyphs were created in different ways: with the help of sharp stones or polishing rocks. Some of the images were covered with paint. 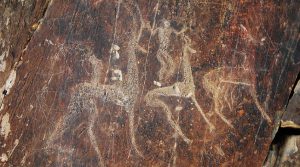 Most of the Uzbek rock carvings are not related to each other, but there are also those that chronologically describes the history of Uzbekistan during the Mesolithic and late middle ages. In total, there are about 150 such images.

Such monuments are located near the Tashkent oasis, Fergana Valley, and Western Tien Shan.

Where to see petroglyphs

If you are planning a trip to Uzbekistan and want to explore petroglyphs on your own, go to Sarmysh-sae, Karakiyasay, Khodjikent, and Beldersay.

Let’s look at each region separately.

This is one of the most famous places in Central Asia with rock images. Petroglyphs are located in the South of Karatau, 50 km from the city of Navoi. 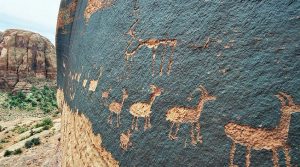 Getting up to the wall images is not difficult. The road to the attraction lies through the health camp for kids “Sarmysh”. If one goes in summer, s/he will have to walk about 1.5 kilometers. At other seasons of the year, the territory of the summer camp can be reached by car.

More than 10 thousand petroglyphs have been preserved in Sarmysh-Sae. It is the greatest historical complex with a length of more than 20 km2. Not far from the rock images there are sacred places and burial mounds, which can also be visited.

A small settlement Khodjikent is located in 70 km from Tashkent, so it is not difficult to get here. The most interesting thing is that the rock images are located on a rock near the spring, which for centuries was considered sacred. Since ancient times, mothers came here and prayed for the health of their children.

Petroglyphs were found by accident in 1949. During the archaeological study of the upper reaches of the Chirchik river, scientists heard the legend from the locals about the traces of the horse of Caliph Ali. Further, there were found 23 images that date back to the 1st Millennium BC. 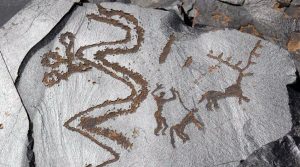 Today in Kodjikent there are 90 petroglyphs. Most of them depict animals (deer, horse, bull, and dog), but there are also those that depict people.

Petroglyphs are located in Karakiya-sae gorge (in the South of Karzhantau). It is a huge canyon with a depth of more than 50 meters. On both sides of the gorge, there are preserved rock images.

Most of the drawings are located on the left bank of the river, 20 km from Gazalkent. To date, 90 stones have been found here, on which 1015 images and scenes have been preserved.

The drawings are different: some depict riders and archers, others — the whole scene of hunting, caravans, and dances.

The prehistoric monument is located near Tashkent (not far from Chimgan and Beldersay recreation areas). Rock carvings are located at an altitude of 2450 meters.

Beldersay petroglyphs are just 8 kilometers from the Beldersay recreation area. Usually, routes of climber pass them, and some of the climbers come here to explore ancient rock images. Unfortunately, petroglyphs are often a subject to acts of vandalism (tourists leave the date of their arrival and various inscriptions).

When people began the study of petroglyphs?

Until the 19th century, Uzbek petroglyphs were not studied. The peak of scientific research came in the 20th century. It was during this period that more than a hundred places with petroglyphs were discovered. Most of the drawings concentrated in Suraty-sae. Basically, it is an image of goat, bison, bull, and bear. 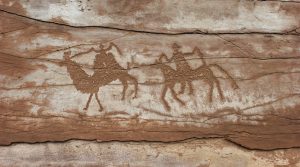 Not only in Uzbekistan

The first petroglyphs were found in Uzbekistan, but similar wall images were also discovered in different parts of the world. For example, in Russia, Spain, France, Italy, Germany, and England. Even in the Sahara desert, among the sands, there were found huge multi-colored images of mountain plateaus.

If you plan a trip to Uzbekistan, be sure to visit places with petroglyphs. Such a chance to get acquainted with the art of ancient people should not be missed.