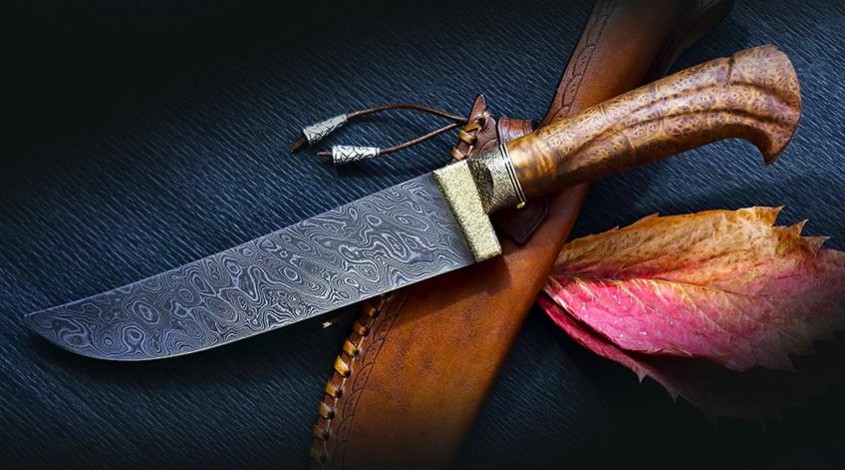 Pchak or pechak is the national Uzbek knife. This blade has a wide carbon steel blade. The knife is convenient to use in the kitchen when preparing various dishes from meat and vegetables. By the way, if you are planning a tour to Uzbekistan, be sure to buy a pchak for your man. The Uzbeks believe that such a knife is a great gift for a man. They even have a tradition according to which every man should carry a sharpened pchak with him.

Weapons from the east have always been attributed to interesting properties. For example, there are many interesting stories about the steel sabers “Gurda”: they cut enemy swords like thin twigs, and perfectly saved when there was no razor. Most of these stories are fiction, but the stories about the legendary Uzbek knives are true. This is the visiting card of Uzbekistan, which is known all over the world.

The first data on Uzbek blades date back to the 12-13th century, but this information is not accurate. Do you remember the story of the Persian warriors who tried many times to seize the lands of Central Asia with fire and sword, but were always defeated by the poor with knives? So, these simple laborers were armed with pchak knives, and their enemies were called “knives made of terrible iron.”

The plan to kill the invaders was not difficult: they knew that the Persian king Darius I ordered his soldiers to spare the priests and poor people (and the local dervishes were like that). The dervishes asked the mighty Persian warriors for shelter, and they, by order of the leadership, provided it.

When the Persian warriors fell asleep, the dervishes with their sharpened pchak knives attacked the invaders, and literally cut them out. The chroniclers mention many similar stories about the Uzbek people and their pichak knives.

The design of the knife is not intricate: this blade has a triangular cross-section with a rider handle. Previously, pichokchi (the so-called masters who are professionally engaged in the manufacture of pichak) delagi handles made of wood and ivory, and now – from textolite or plexiglass. You can still find an ivory handle for expensive gift knives.

Despite the simple design, each part of the handle has its own name. For example, the handle is called Dosta, the bolster (where the blade and handle meet) is called Gulband, and the strip that protects the blade from oxidation and rust is called Brinch.

Craftsmen decorated the blade with stars and crescents. It was believed that the number of stars indicates the number of students that the master taught. Today, the crescent moon and stars on knives are just a decoration, which even the masters themselves do not attach much meaning to.

You probably already guessed that knives are different? They are classified according to blade shape, handle and purpose. By design, the Uzbek knife is:

In addition, the knives differ in the shape of the blade:

Classification of knives by handle:

Why is a peasant’s knife so easy to sharpen?

It’s simple: the locals did not have money for expensive metals and their processing, so the knives were created from carbon steel. This disadvantage has become the main advantage of the pchak. In just five minutes, even the most dull Uzbek knife can be sharpened to perfect sharpness. By the way, pichak is often sharpened on cups, plates and other cutlery.

By the way, the knife needs careful care (if you don’t want it to rust). Never drop the knife wet after use. Wipe dry and store on a stand or hanging.