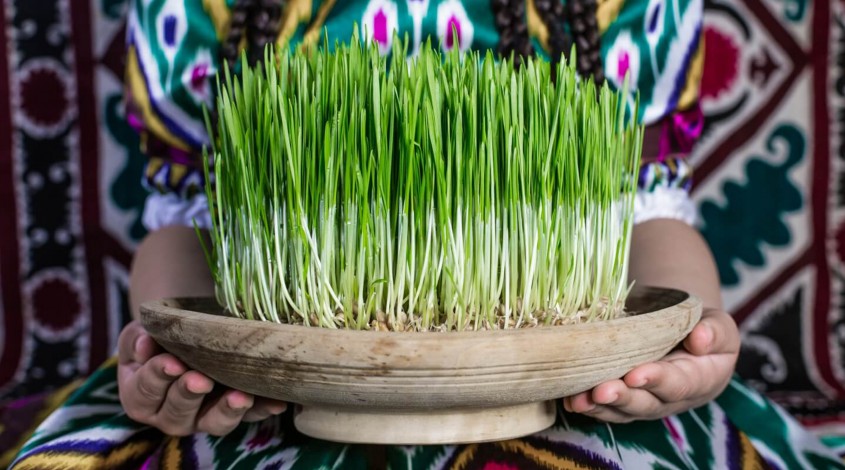 On New Year’s Eve, each of us becomes a child again. Believes in miracles. The fact that the wish made will surely come true. In the East, this holiday is filled with a special flavor. Since ancient times, it has been celebrated when winter has long since lost ground to the beautiful spring, and fragrant apricot flower petals whirl in the air instead of snowflakes. To be in sunny Uzbekistan on March 21 – the day of the vernal equinox, when Navruz is celebrated, means to plunge into the atmosphere of beauty and happiness, bright colors and emotions, ancient rituals and traditions.

In spring, Uzbekistan literally blooms: warm and sunny weather replaces the February frost, the scent of flowers is heard from everywhere, smiles shine on people’s faces. This means that the inhabitants of the sunny land and nature are preparing for the meeting of Navruz. Translated from Farsi, its name means “new day”. The holiday symbolizes the renewal of nature and man, the purification of the soul and the beginning of a new life. 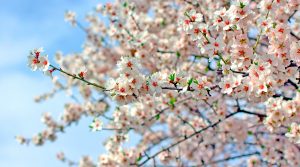 Its significance is so great that in September 2009 it was included in the UNESCO Representative List of the Intangible Cultural Heritage of Humanity. This year the holiday promises to be especially large-scale and colorful. The President signed a decree “On the preparation and holding of the national holiday Navruz in 2020”, which this year will be held under the slogan “Happy Navruz – a holiday of renewal, my dear Uzbekistan!”

These days, support will be provided to veterans, low-income families and other segments of the population in need of assistance.

On the eve of the main celebration, a nationwide hashar will take place, as well as large-scale landscaping and gardening works.

In the venues of the festival, handicraft exhibitions, book rows, mobile shops, points of preparation and sale of traditional spring dishes will open. 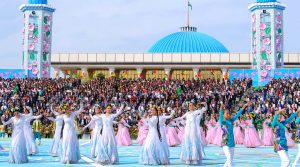 The celebration will involve local folklore groups, amateur art groups, circus artists, family ensembles, bakhshi, poets, professional performers and talented pop artists. It is planned to organize on the part of the State Committee for Tourism visits to festive events by foreign and local tourists, who will be able to get acquainted with the customs and traditions of the Uzbek people.

Navruz is one of the most ancient holidays on Earth; it existed among the peoples of Central Asia and Iran seven thousand years ago and is associated with the cult of the Sun.

Today, as well as many centuries ago, people sprout wheat on dishes long before Navruz – green shoots for the main celebration should have time to grow up and become the main decoration of the table. This is the main symbol of the New Year. Closer to Navruz, the grain is germinated again and a festive treat called sumalak is prepared from it, which is shared with relatives and friends, neighbors. 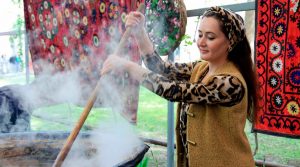 Only women cook it, at the stake, all night, stirring constantly so that the treat does not burn. There is a special magic in this. Music sounds, people dance near the fire, joke and have fun. They believe that the dream will definitely come true. And in order for the farishta angels to hear their innermost thoughts, it is imperative to repent of sins, make peace with those with whom you are in a quarrel, forgive all debts, cleanliness in and around the house. Since ancient times, people believed that abundance and prosperity come to those who have cleaned their homes, have pure thoughts and a bright soul.

The long-awaited day of Navruz is coming. The festive spirit can be felt everywhere – in Tashkent and Samarkand, Bukhara and Khiva. In any, even remote corner of Uzbekistan, festivities, traditional competitions, fairs are organized on this day. Also, melodies and songs in different languages ​​are heard from everywhere. Creative teams in traditional costumes perform on the open stage venues. 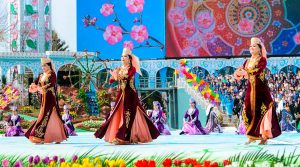 Uzbekistan is one big family, where Uzbeks and Tatars, Russians and Armenians, Karakalpaks and Ukrainians, Georgians and Germans live in good neighborliness. On this day, you can taste fragrant pilaf, without which it is impossible to imagine any holiday in Uzbekistan.

The fun lasts until late evening. The holiday continues – albeit not on such a large scale – and the next day. In general, it lasts about two weeks. It is customary to spend the last day of Navruz in nature, forgetting about the hustle and bustle of everyday life and enjoying the eternal beauty. Do not miss the chance to become a part of a bright and wonderful holiday. Come to Uzbekistan, make a wish and it will definitely come true!