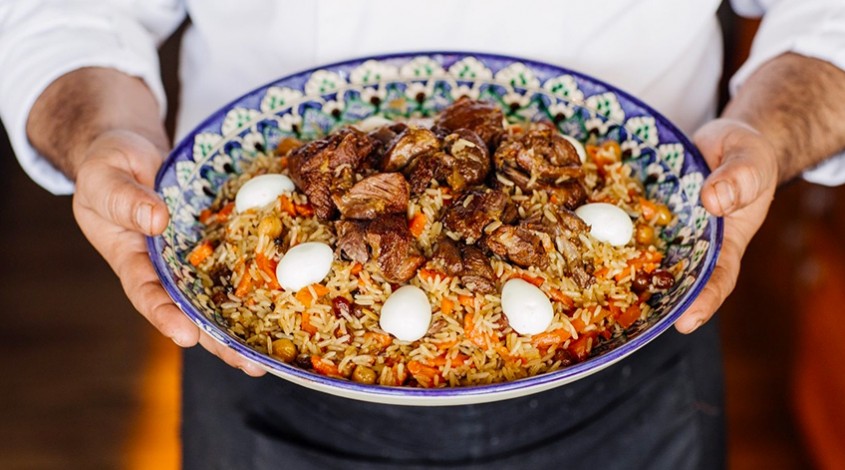 Morning pilaf is one of the most ancient and large-scale ceremonies. About 200 people take part, and the reason for the ceremony can be any situation: from the birth of a child and a wedding to the commemoration of the dead.

Morning Uzbek pilaf is an important event that is planned in advance. First of all, local residents choose a date and send invitations to relatives, friends, colleagues.

Preparing for the ceremony

Get up early and do everything for so many guests. In addition, the preparation of morning pilaf is accompanied by a special ritual called “Sabzi Tughrar” (in translation – shredding carrots). The ritual is held in the evening. Without it, pilaf will not be so tasty, because it is carrots that make it juicy.

While the cooking participants are cutting the carrots, the head of the family distributes responsibilities (who is involved in the preparation and serving of pilaf). By the way, only men prepare pilaf and women are not involved in the process. 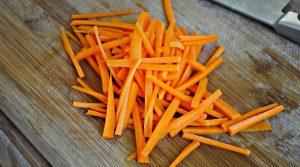 Morning pilaf is an unusual event. Many tourists say that they have never tasted anything tastier than the morning pilaf, but how true this is is difficult to judge. Perhaps it’s all about the positive mood and the scale of the event. Where else can you see about 200 people eating pilaf at sunrise?

When morning pilaf is served

Pilaf is served at a certain time – after the end of “Bomdod namozi” (prayer that takes place at sunrise). Along with the morning pilaf, guests are treated to cakes, snacks and tea. Pilaf itself is served in large dishes – lyagans. One dish is served for two people. During the treats, musicians play national instruments on the street so that everyone around them knows where the morning pilaf is served. 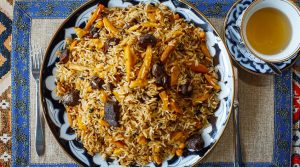 Before the start of “breakfast”, guests read a blessing to the host party, newlyweds or a newborn, and on the morning funeral pilaf they read the Koran for the peace of the soul of the deceased (of course, musicians do not play music during such events). If the reason for preparing the morning pilaf is a wedding, the guests of honor are presented with chapans (national dressing gowns).