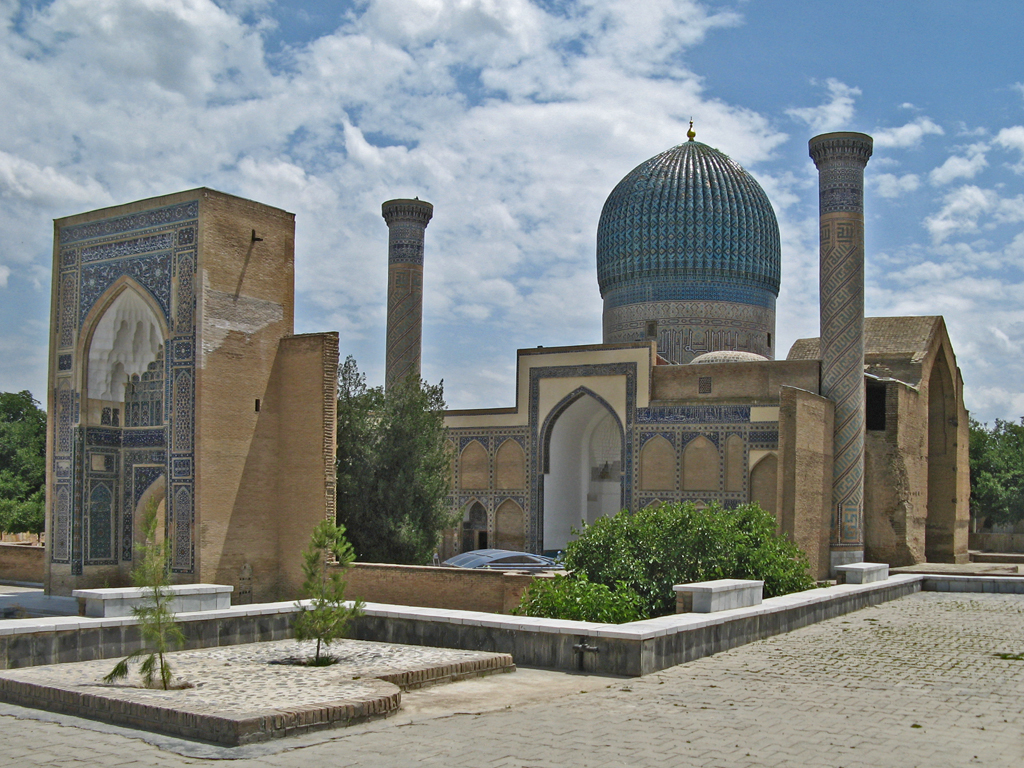 We want to tell you a legend about Bibi-Khanym (Bibi Khanum) most majestic and grandiose mosque. The legend says: Great governor Timur had 4 wives, all of them were beautiful, as the moon and the sun, but the most beautiful and the youngest was Timur’s last wife Bibi Khanum. Beloved wife of The Iron Lame decided to present her Master an unforgettable gift when he went on a military campaign to India.

Long months the fine queen reflected on a gift and at last she got upon an idea, Bibi Khanym decided to dispatch in all doomsday an invitation to great architects on construction of a Friday mosque in Samarkand in the capital of a huge empire of Great Timur.

Architects from all corners of the world arrived to the ancient city. Bibi Khanym showed them the place intended for a mosque and told that they have only 5 years on this construction as the Governor would return from a campaign after this perid of time, and that a gift should be already ready by that time.

Almost all architects refused at once work, for such huge mosque which we now with you can see, wouldn’t suffice and 15 years. And only one master who at first sight fell in love with the queen, agreed to be accepted to work, but at the same time he stated his wish. As payment he only wanted to touch with the lips a velvet skin of the young queen. Bibi Khanum having thought over, decided that within these long years can occur anything and consequently agreed with conditions of the enamored architect.

Our legend says further: the architect with a group of masters and pupils without knowing rest at night erected a great mosque of the improbable sizes, an entrance portal, and also minarets around and high walls in the afternoon. The mosque was ready exactly on the expiration of five years. Beauty Bibi Khanum has seen before herself a magnificent, a majestic, a grandiose construction which was considered a miracle – as creation. She was delighted, after seeing a fantastic vegetative ornament on tiles, unique binding of inscriptions on a blue majolica from the sacred book of Moslems – the Koran.

So, on the day of reckoning the architect came for a payment and for an encouragement. But, the beauty tsarina, ordered one of the servants, to bring to her 2 eggs: the order was immediately executed. Bibi Khanym took in the gentle hands one quail and one chicken egg, and has told to the master: «Look master at my hands, there are two eggs, but they differ only outwardly, as to contents inside they are identical, and the same of us women, we differ only on appearance, but inside, all of us are identical!», «You can kiss all my concubines, instead of one kiss!».

But the architect has quickly found the answer to the tsarina, he ordered to bring him 2 glasses, one glass filled with simple water, another and has answered with red, sweet wine to Bibi Khanum. «My tsarina if I drink a glass with water I can satisfy my thirst but if I drink a red wine, I will not only satisfy thirst, but also I will receive unforgettable pleasure!». The answer was that, and she had to agree with it. And during the latest moment of a kiss of Bibi Khanum has covered the white cheek, with a gentle hand, but the kiss of the master was full of passion and love from what on a cheek of fine Bibi Khanym there was a trace from a kiss.

According to the legend, from a distance to Samarkand, The Iron Lame has seen the fine in his capital bathed also a majestic mosque. And having received a magnificent and unexpected gift from the favorite wife, he was inexpressibly glad. However, he was very attentive husband and consequently at once has noticed a trace from a burning kiss on a cheek of Bibi Khanym. Timur orders to kill the adulteress and the architect after having learned all history from submitted. 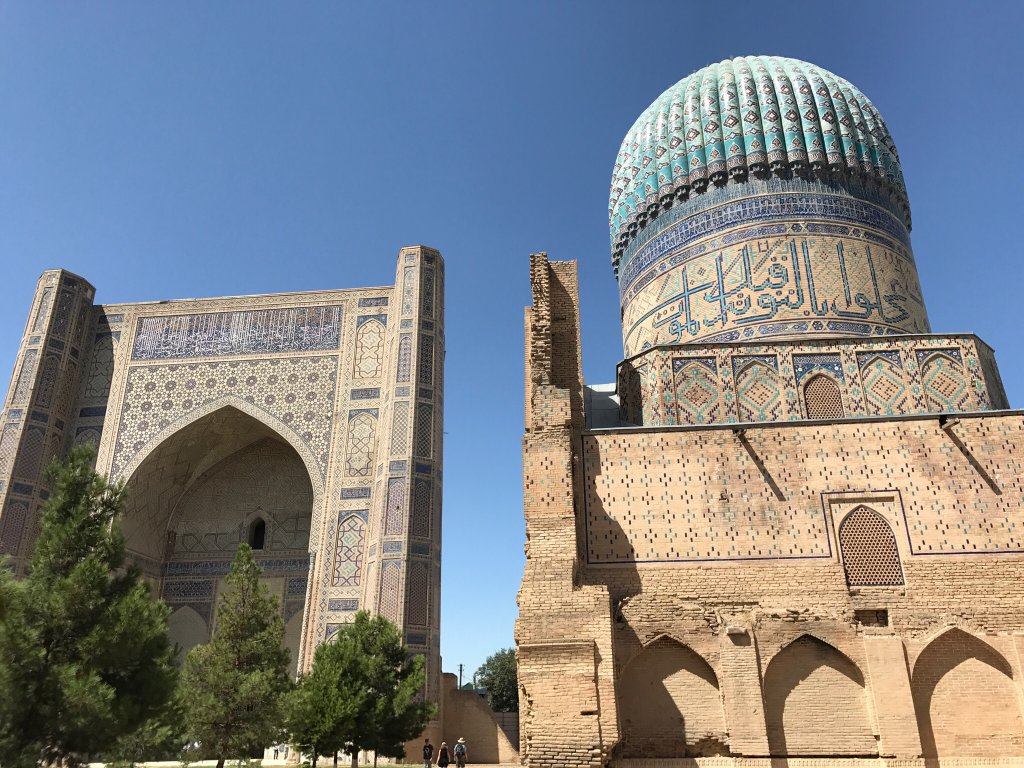 According to the legend: after receiving a permission from the Great Governor for her last wish, the queen Bibi Khanym put on all silk dresses. And when she was dumped from a high portal of a mosque, she softly landed on earth. And you may ask what happened to the architect, according to the legend; he climbed one of minarets which were standing there, made wings, and flew towards Mecca.

So, we finish the story about the most perfect, finest mosque in all East Bibi Khanym which on its decoration eclipsed many mosques of the world!