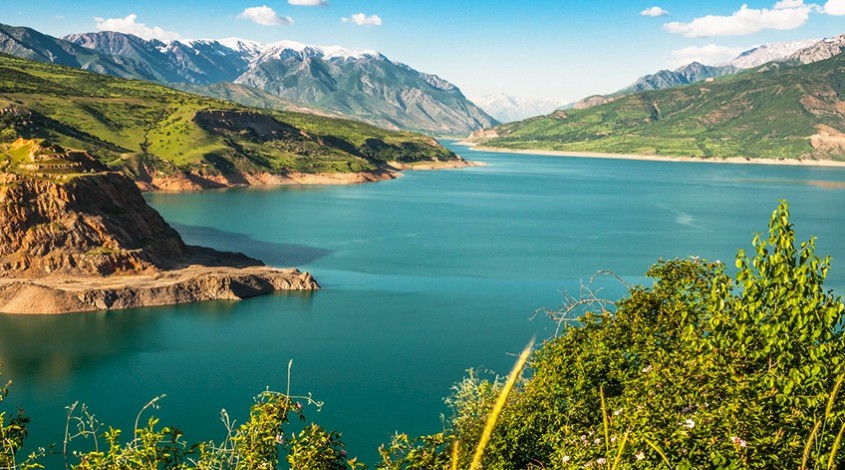 Uzbekistan is full of beautiful places. There are many rivers, historical centers, mountains and lakes with an interesting history.

There are three main lakes in the country – Aral Sea, Aydarkul and the artificial Charvak reservoir. If you are going on a tour to Uzbekistan, be sure to visit at least one of them. The fact is that in addition to natural beauty, the locations around the lakes are decorated with mountains and picturesque corners in which there are practically no people.

Yes, this is the name of this lake, around which some bad events are associated, namely, a man-made disaster. This lake is located between Uzbekistan and Kazakhstan, and 65 years ago was a great place to relax!

Just imagine, before the shallowing, the lake was considered the fourth largest in the world. On the shores of the lake there were large ports, whole factories for fish farming, and merchant and military vessels sailed along the waters. Until the 80s, 35 species of fish were found in the waters of the lake.

Scientists believe that in its history the pond has dried up several times. This is evidenced by the numerous remains of flora and fauna at the bottom of the lake. There is an assumption that the Aral Sea was connected to the Caspian, but everything changed when the riverbeds began to dry out. 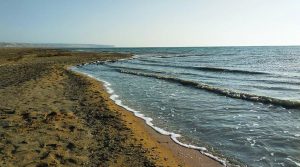 Perhaps you are wondering why, after the 60s, the lake was dry and there was a technological disaster? The cause of this trouble is human activity, and more specifically, the massive use of the resources of the rivers of Uzbekistan for irrigation of fields and plantations.

So in 1989, the Aral Sea turned into two lakes isolated from each other: Small one in Kazakhstan, and Big one in Uzbekistan.

The lakes gradually continued to become smaller until they turned into the new sandy desert of Aralkum. Just imagine, about 38 thousand km2, which once was the fourth largest lake in the world, turned into a desert.

What to do on the lake today

Today, the lake is completely dry, so there are no water activities, beaches or sailors who go fishing early in the morning.

But tourists can see the consequences of a man-made disaster – the remains of flora and fauna at the bottom of the former lake, visit the ship cemetery and walk through the desert.

Tourists experience an unusual sensation when, during a walk through the Kyzylkum desert, they find a real lake. Of course, most of them recall films about deserts and the languishing sun, therefore they think that the lake is just a mirage. We recommend that you do not pass by and get to the lake, which is really in the middle of the desert for mysterious reasons. 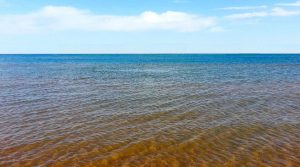 What to do on the lake

Today, Aydarkul Lake covers an area of about 3,000 km2. Around the lake there are good conditions and landscapes, so if you come to Uzbekistan – be sure to visit these locations.

It is best to visit Aydarkul in spring or early summer. This season, tulips, acacias and a lot of storks bloom here. On the lake you can have a great vacation: go fishing, swimming, sunbathing or just taking a walk in local locations. It has everything you need to relax from the bustle of the city.

Charvak (full name Charvak reservoir) is an artificial reservoir that appeared in 1970. The lake was created at the confluence of the rivers Pskem, Koksu and Chatkal.

In ancient times, there were settlements and mounds, so before the lake appeared, you could see wall petroglyphs and other historical monuments. An artificial mountain lake was created after a large-scale earthquake when the country had an acute need for cheap electricity. So in Uzbekistan, another lake and the Charvak State District Power Plant (state regional power station) appeared.

Before the creation of the reservoir, scientists, archaeologists and historians explored the area and recorded more than 150 monuments of different times. Today, almost all of them have disappeared under a layer of silt.

Charvak is one of the most popular places in the country for a beach holiday. On the shore of the lake, 100 km long, there are many recreation centers, summer camps and private cottages. 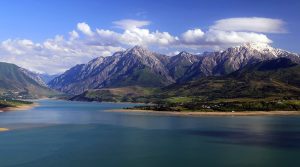 If you get to the mountain lake, we recommend visiting the Charvak Oromgohi complex. Here, sandy beaches and there is everything for an excellent pastime: boats, water scooters, paragliding, beautiful views of the mountains and of course – unique sunsets and sunrises.

Getting to Charvak is not difficult. The reservoir is located 60 km from Tashkent (this is approximately an hour away by car from the capital).

What lakes are still worth seeing in the country?

Do not think that there are not three lakes in the country. We recommend visiting other water bodies:

There are plenty of lakes in Uzbekistan to devote a day or two to visiting them. Each lake is unique: the history of origin, location, features of flora and fauna … Be sure to visit at least a couple of these places to swim, take a break from the bustle of the city or just wander around the surroundings of the reservoir.