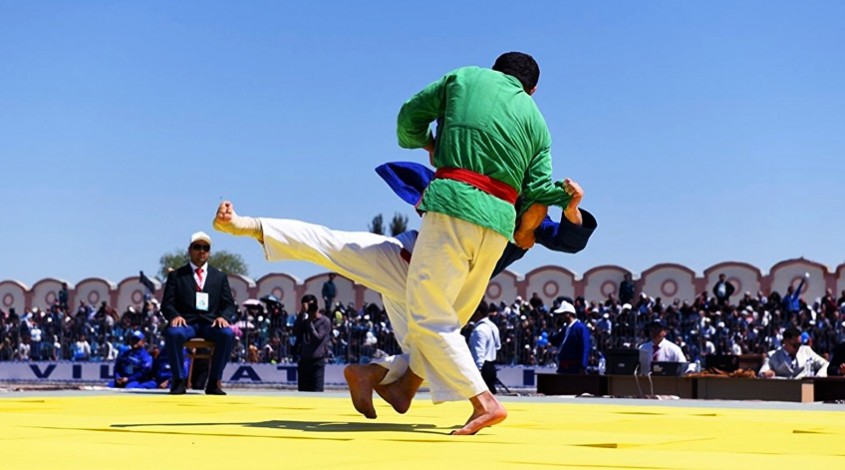 Kuresh is a national competition of the Turkic peoples. The sport is officially included in the list of non-Olympic sports and is supported by UNESCO.

Translated from Uzbek, “Kurash” means “achieving the goal in an honest way.” According to historical data, the first battles were fought about 3.5 thousand years ago. Today it is the most widespread sport in Uzbekistan.

Avicenna (Persian scientist, physician and philosopher) considered martial arts beneficial for the health of mind and body. So Tamerlane (the Turkic-Mongolian commander and conqueror, the founder of the Timurid empire) included kuresh in the program of physical training and self-defense of soldiers. Perhaps that is why the troops of Tamerlane were invincible? 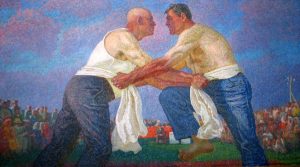 The duels were held not only to prepare the body and spirit of the soldiers. They were held between the warring parties before the start of the battles, and in some cases, the commanders of the troops even concluded a truce. So the competition grew from a simple entertainment to a way of resolving conflicts.

Rules that have been passed down by generations

The rules, philosophy and techniques of kuresh were passed down from generation to generation, but they were never systematized. The reason for this is simple: every family member from an early age knew the details of the fight, so there was no need to teach this additionally. There were no competitions outside Central Asia, so there was simply no one to change the rules.

This continued until 1980, when Komil Yusupov (master in kuresh, judo and sambo) devoted 10 years of his life to studying the history of the appearance of fights and created uniform rules. Komil Yusupov highlighted the weight categories, terminology and gestures that were used during the first fights.

The form of fighters and features of the battle

Athletes fight in loose clothing: wide white trousers and shirts. An obligatory battle attribute is a belt. It is used for the “convenience” of gripping the opponent. The belt is made of soft fabric. The average length of the belt is 1.7-2.2 meters. 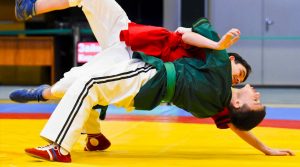 The rules are simple. The participants of the duel fight on a special mat, on which there are markings: in the very center there is a working zone, further from it there are zones of protection and passivity. Athletes start the fight in the center of the mat. The main task of the participants is to throw the opponent on his back. Whoever made the throw won.

Kuresh, in comparison with other martial arts, is considered the safest. Participants are prohibited from using painful, suffocating, shock techniques and grips below the belt. The main techniques are throws and sweeps. Despite its limitations, kuresh is a spectacular event.

Today martial arts have gone beyond Central Asia. Kuresh competitions and championships are held in European countries and Russia, and in the capital of Uzbekistan in 1998, the International Wrestling Association was created, which exists even today, 21 years later.