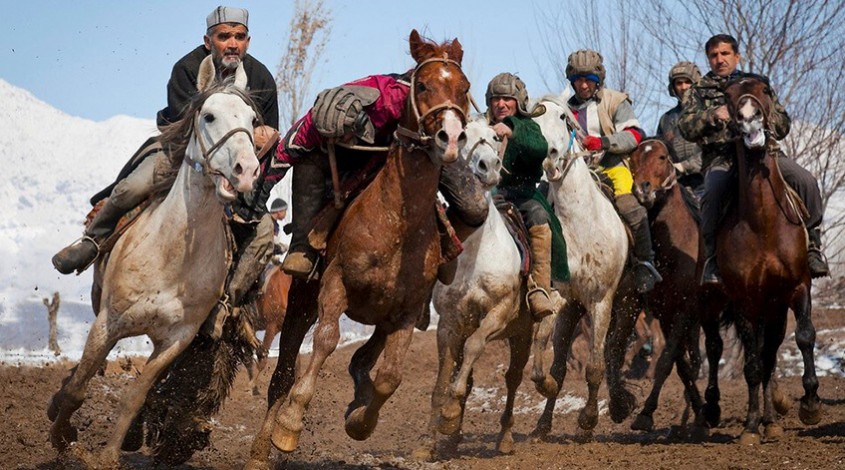 Translated from the Turkic Kupkari means “the cause of many”. This is a folk equestrian competition, which is also called Ulak. The event captures the spirit of not only the participants, but also the audience.

What is special about the competition?

Competitions are held in spring during Navruz or in autumn during weddings. The task of the participants is to come to the finish line first and not let the rivals be the first to get the carcass of a goat or a ram.

Preparing for the competition

Competitors start preparing in advance, because real professionals are still reckless drivers, and it is difficult to defeat them.

In addition to physical fitness, you need to choose a suitable horse – strong, hardy and short, so that the rider is comfortable picking up the carcass of rams and goats from the ground on the go. 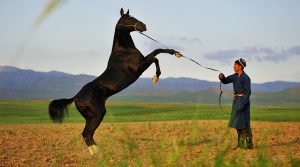 Participants wear protective helmets and quilted cotton clothing. This is done for a reason: the competition is gambling and often horsemen hit each other with a whip, and clothing reduces the risk of injury.

All participants line up. The competition begins when a member of the jury leaves the carcass of an animal in the circle and gives a signal. As a rule, the signal to start the race is given by a respected person (for example, an elder).

After the signal, the participants begin the competition: each of them strives to be the first to grab the carcass of the animal and get to the finish line with a trophy. Do you think it’s easy? It would be easy if the competitor with the carcass was not chased by rivals and there was no need to fight back. 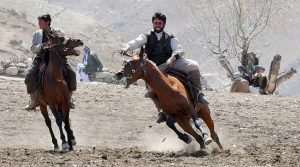 The winner is the one who first reaches the finish line with the trophy. The prize for winning can be very different: from carpets to bulls and goats. Of course, over time, the organizers of the competition revised the prizes and donate no longer bulls, but expensive household appliances or even cars.