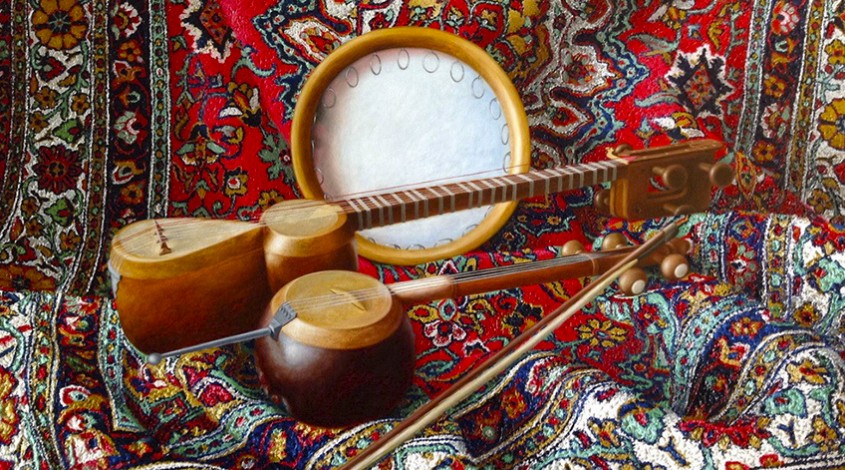 Gidjak is a stringed musical instrument among the inhabitants of Central Asia. Often, gidjak is confused with kemenche, which is popular in Iran and Armenia, but these are completely different instruments. The gidjak appeared in the XI century, and the Persian kemenche — only XV.

The gidjak is not the only name. Often the instrument called “gugak”, “gureak”, “hijack”. The instrument can be three – and four-stringed. Musicians of Central Asia keep gidjak in an upright position and play with a bow, which is shaped like a bow. Here is another interesting fact: usually the musician moves the bow, and the musical instrument itself remains motionless. When playing gidjak all the way around: the master virtuoso keeps the bow always straight and moves the instrument itself.

The instrument appeared so long ago that it is difficult to say how many strings were original. Today you can find three and four-stringed instrument. Over time, the instrument was modified: instead of silk strands and horsehair used metal strings. The stretch of the strings adjusts every musician manually.

The body of the instrument is spherical. It is made of pumpkin or coconut. The outer side is covered with animal skin. Due to the fact that the tool is created from different materials, its dimensions often change. 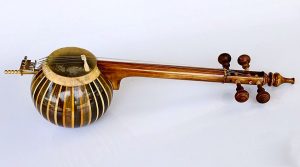 Masters of Central Asia often created unique gidjak. Some masters used the remains of a pumpkin, others — a nutshell. Even there were such inventors who used an ordinary tin can when creating the instrument.

The sound of the gidjak

History of the instrument

Gidjak was invented by the great scientist and physician Abu Ali Ibn Sina. In addition to creating the instrument, he made a significant contribution to the musical development of those times. Abu Ali Ibn Sina invented a new science — instrumentation, studied all the musical instruments of the time and made a detailed classification.

This is a folk instrument, so it performs all the folk songs, music, and even Mack (a vocal-instrumental genre, the tone of the performance is reminiscent of crying). Some masters manage to perform not only folk songs, but also well-known classical melodies on gidjak.

What other string instruments are popular in Uzbekistan?
The musical world of Uzbekistan is rich: historically recorded data on 72 folk instruments. Of course, today most of them are out of fashion and are not used. 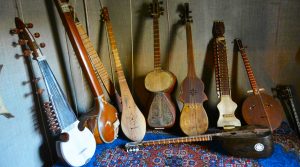 Gidjak is not the only stringed instrument in Central Asia. Local residents also play:

If you are interested in musical instruments of Central Asia, we recommend you to go to museums and see the ancient exhibits live. Only at the sight of this instrument, you will be surprised by the amazing design. We also recommend seeing how the instrument is played by musicians. Believe me, it’s not as easy as it seems.