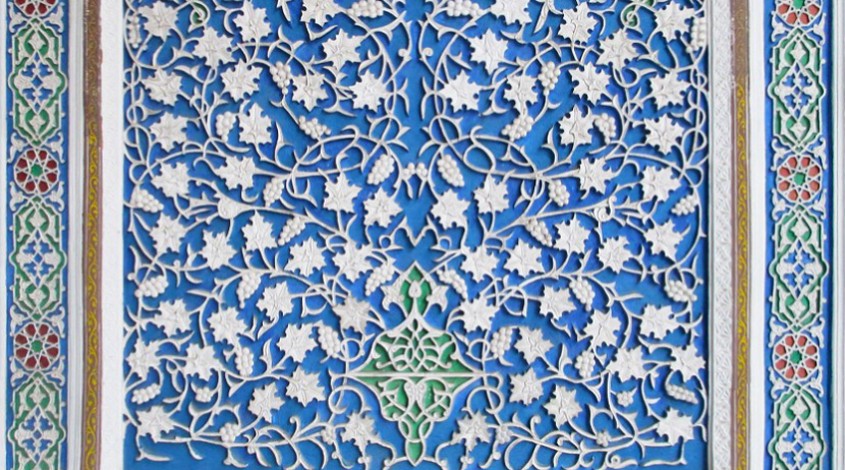 Ganch carving is a unique and ancient craft in Uzbekistan. The first architectural monuments, which were decorated with carvings, have been perfectly preserved to this day, so if you are planning a trip to Uzbekistan, be sure to visit them. One of these sights is the Varakhsha Palace (located 30 km from Bukhara).

Ganch is a binder containing gypsum and clay. Once upon a time this material was used in the decoration of the walls of houses and palaces, and some even used ganch as a mortar for adhesion of brickwork. To put it simply, ganch is an ordinary alabaster.

Craftsmen of Uzbekistan showed imagination and took advantage of the fact that ganch hardens slowly and lends itself to processing, and when it hardens, it becomes quite strong. Ganch carving quickly gained momentum and served as an exquisite decoration for palaces and mosques.

According to historical data, settlements were engaged in ganch carving even before our era, when there was no Uzbekistan itself. Even then, alabaster was used as a building and decorative material.

The peak of the popularity of the craft took place in the 17th-19th centuries of this century. Patterns were used to decorate not only the outer parts of buildings, but also the inner parts of the rooms. During these centuries, new methods and varieties of carving appeared.

Here’s another interesting fact: at the beginning of the 20th century, there was a tradition according to which all carvers lived in separate quarters of the city. And no, this is not a punishment: they settled in separate areas so as not to be distracted by the hectic life of the city and to focus on creating new unique patterns. It was the inhabitants of these quarters (they are called “mahallas”) who invented many ways of processing ganch: flat-relief, flat carving, carving with slots for mirrors.

The most striking examples of ganch carving are the Museum of Art, the Drama Theater named after Khazma, theater of musical comedy named after Mukimi, as well as some stations of the Tashkent metro

Details of working with ganch

Do you think ganch carving is easy? You are wrong. To create a real masterpiece, the master carries out various preparatory work: he cleans the material, burns it, kneads the necessary components. 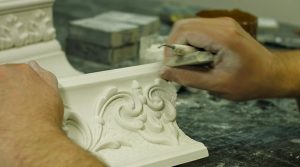 Next, the master applies two layers of mortar to the “canvas” (the wall on which the carving is planned). The first layer should harden, but the second should retain its soft properties for a long time. After applying the second layer, the artisan transfers the picture from the paper to the wall and starts carving the ornament.

To make the ganch carving neat and beautiful, the master uses:

When the picture is completely transferred to the wall, the master proceeds to the final stage – painting the ornament with the help of paints and shades.

By the way, there are different techniques for carving. The main ones are:

The most valuable thing is the sketches of the ornament

In addition to the tools for ganch carving, each craftsman has a set of unique patterns. From the moment the craft appeared, the craftsmen tried to come up with unique patterns of ornament, and the best ones were kept all their lives and passed on to their mentors. Geometric shapes and vegetation served as the elements of the patterns. An experienced craftsman combined several styles, shapes and methods of carving, and as a result, he created a picture that was unlike others.

The master always taught his own or neighboring children, so after a while whole dynasties of masters and villages appeared who created sketches in the same style. 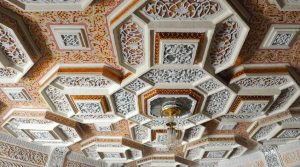 The popularity of carving today

Today ganch carving is no less popular. Craftsmen still decorate theaters, civil buildings, museums and other buildings with patterns. To see the most ambitious patterns on buildings, go to the large cities of Uzbekistan: Bukhara, Samarkand, Fergana.

Nowadays, not only the walls of houses are covered with patterns. Patterns can be found on table lamps, floor lamps, sconces, and other household items.